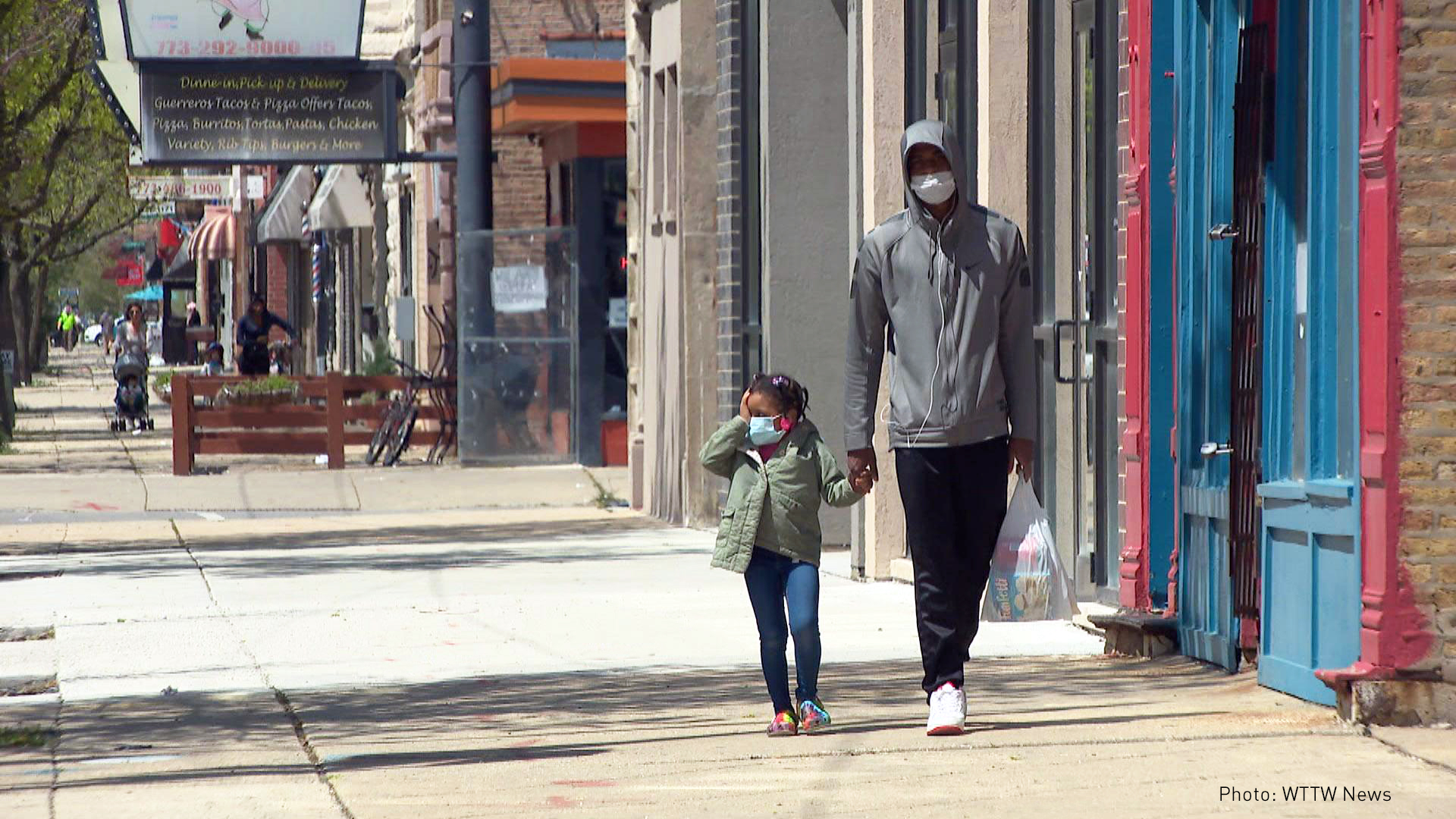 2020 was a challenging year on many fronts. The coronavirus devastated communities across Chicagoland in 2020 and the transportation impacts will be felt for years to come.

Throughout the year, the Active Transportation Alliance continued to do the important work of fighting for clean and equitable transportation.

Here’s a look back at 10 of the most important walking, biking, and transit stories and advocacy victories of the year.

1. COVID changes how Chicagoans get around. From staying at home in March through spending the holidays at home in December, many residents traveled far less in 2020. Car traffic and transit ridership plummeted while walking and biking spiked. Over the summer, Active Trans spoke with more than 100 community leaders in the city and suburbs about how COVID was changing mobility in their neighborhoods.

2. Transit riders and workers win needed protections. Although transit ridership remains way down, thousands of essential workers continued to ride transit throughout the pandemic. Transit operators put their lives at risk to keep Chicago moving. Both groups are disproportionately Black and Brown and more likely to live in communities hit hardest by COVID-19. In April Active Trans and other advocates helped operators win more PPE and changes to boarding procedures. In September CTA debuted pop-up pandemic bus lanes on 79th Street and Milwaukee Avenue after repeated calls from advocates. In December the transit agency announced a large-scale pilot to distribute free masks to riders who need one on buses and trains. Active Trans first called for free masks in July.

3. Cities respond to walking and biking boom. As more people walked and biked on local streets and trails during the pandemic, they quickly learned how dangerous many streets can be for people on foot and bikes. Residents demanded more space for people and cities and suburbs responded with shared streets programs and streets for outdoor dining. Bike shops continued to serve as critical community assets after Active Trans led a statewide effort to keep them open as essential businesses during the stay at home order.

4. Divvy rolls out e-bikes, continues to expand. Chicago’s bikeshare system was already one of the largest and most popular in the world but it took major strides in 2020. Electric-assist bikes were introduced for the first time this summer and the system immediately had two of its highest ridership months ever. E-bikes are a key component of the system’s ongoing expansion to every Chicago neighborhood.

5. Congress delivers emergency support for transit. Ridership losses triggered existential crises for transit agencies in Chicago and across the U.S. The only option for emergency support was the federal government. Active Trans worked with riders, operators, and advocates across the region and across the country to organize support for transit. Congress came through with an initial relief package in March and another in December that should help prevent further service cuts — for now. 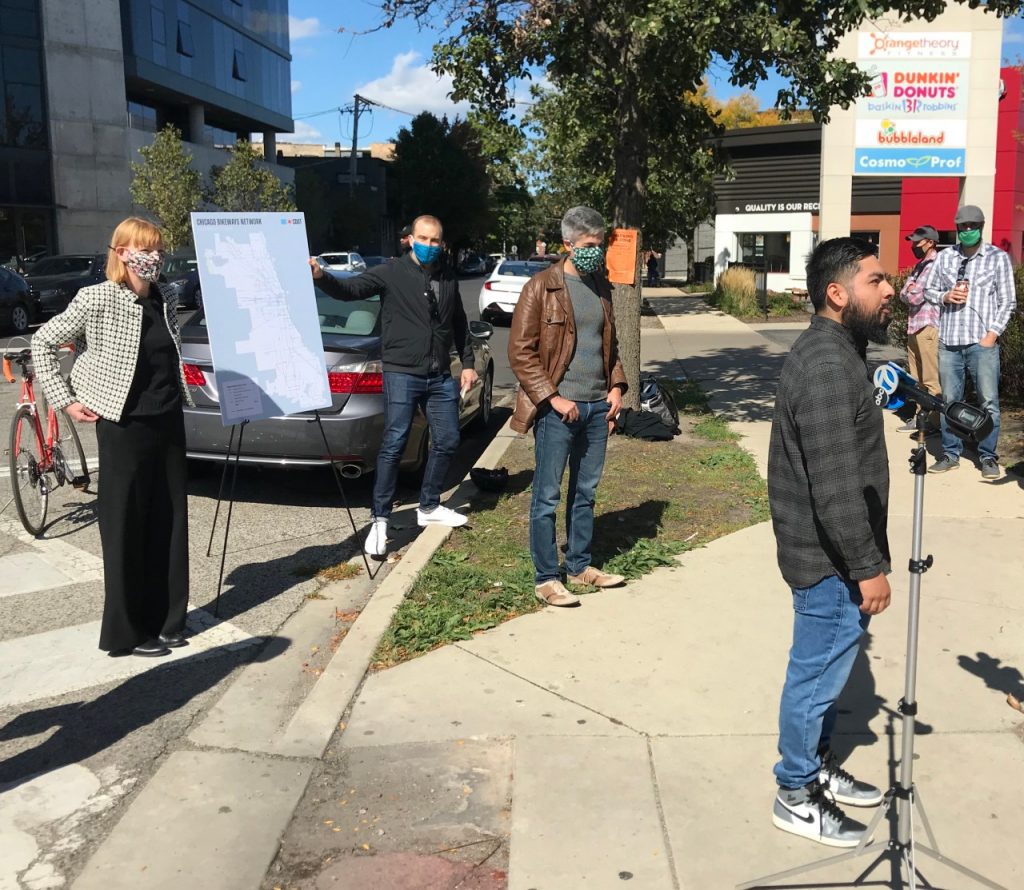 7. Advocates respond to Chicago transit shutdowns. For the first time ever, Chicago leaders shut down the transit system for “public safety reasons” in May. Then they did it again in August. There’s also been several more limited closures during protests and periods of civil unrest. These shutdowns disproportionately harmed the region’s most vulnerable residents, many of whom are Black and Brown. Active Trans led a campaign against the shutdowns and highlighted how they’re affecting vulnerable residents.

8. South Cook Fair Transit Pilot launches. South Side and South Suburban residents have fought for years to upgrade the Metra Electric line and they finally saw major progress in 2020. Cook County agreed to fund a pilot project for improved service and half-price fares for all riders. Active Trans has worked with community leaders to fight for these improvements for many years as part of the Coalition for a Modern Metra Electric.

9. Chicago tests second e-scooter pilot. After a limited pilot in 2019, Chicago launched an expanded e-scooter pilot in 2020. Scooters were allowed nearly everywhere outside of downtown and required to be locked to public infrastructure, as Active Trans and others called for after the 2019 pilot. Initial data shows overall ridership was down during the pandemic, but people took longer trips and sidewalk clutter was reduced with the lock-to requirement.

10. Route 53 extension project finally put to rest. Fighting unnecessary and harmful highway expansion projects can seem like a futile fight sometimes, but 2020 saw a key victory. After many years of community organizing, the Lake County Board unanimously voted to remove the extension from their strategic plan. Now plans are in the works to re-imagine the corridor as a space for walking and biking. 2020 saw progress on another high-profile highway project on North Lake Shore Drive as Active Trans led a successful campaign for the state to reverse its decision to eliminate bus-only lanes as a design option.

None of this is possible without support from advocates like you. You can show your support by joining or renewing your membership or donating today. Sign up as an Active Trans Ambassador to learn how to help lead the fight in your community.