The stress and uncertainty surrounding transportation 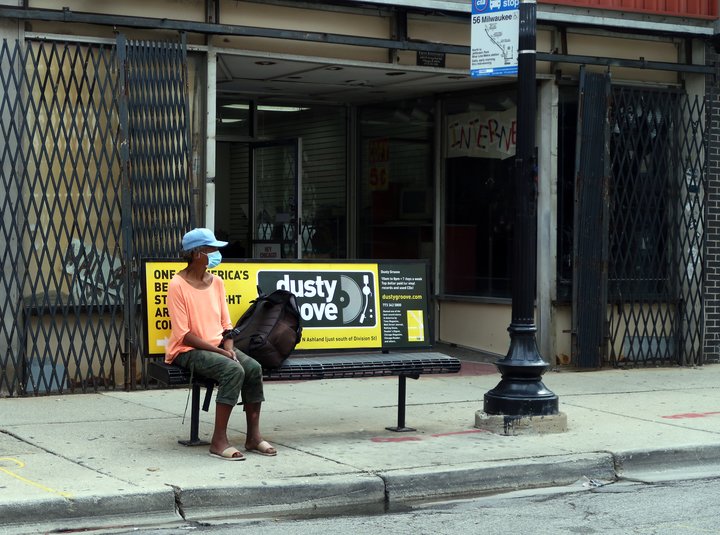 At Active Trans, there’s been a lot to learn as we navigate the COVID-19 pandemic. Every day we’re fine-tuning our work so that we can better address the challenges people face while walking, biking, and using public transit during the pandemic.

We’ve known that COVID-19 has altered walking, biking, and public transit, but we’ve been struggling to understand how different parts of the region and individual communities have been affected.

In order to get a better grasp of the widespread impact of this crisis, we decided to conduct a listening tour of the region.

As part of the tour, Active Trans met via Zoom with more than 100 individuals and organizations that are invested in our work. We spoke with community partners, elected officials, department of transportation and transit agency officials, and residents across the city and suburbs.

In recent weeks, we’ve been sharing many details of our conversations. You might have read some of our blog posts featuring conversations we’ve had on Chicago’s South Side, Southwest Side, West Side, and North Side, as well the city’s south suburbs and its north and west suburbs.

In addition to sharing details in the earlier blog posts, we also wanted to provide a final overview of this effort. Here’s a summary of what we learned.

PUBLIC TRANSIT IS A LIFELINE

It’s been widely reported that transit ridership in the region has dropped precipitously — as a result of people working from home, job losses, and concerns over virus transmission. The decline has been steepest in communities where residents are more likely to work from home. There’s been less of a drop in ridership on the South and West Sides of Chicago where more residents work in essential jobs and more people have jobs that offer less flexibility and are less amenable to working from home.

Despite the decline in ridership, something we heard again and again is that trains and buses continue to serve as a crucial conduit for a huge number of people, allowing them to reach places they need to go.

While many of our conversations underscored a widespread reliance on transit to reach jobs, medical appointments, and shopping destinations, many people also identified barriers to using public transportation and voiced concerns about using it. Concerns came up repeatedly about sanitization practices, social distancing, and frequency of service.

The need for more frequent service was brought up often both in the city and in the suburbs. In our conversations, one person mentioned waiting an hour for a bus near 55th and St. Louis. That anecdote, unfortunately, was not unique.

“A lot of people here rely on the bus,” said a community partner from north suburban Waukegan. “Some land a job and have to turn it down because there’s no nearby bus line or the bus doesn’t run during second shift.”

While we heard praise for CTA maintaining levels of service throughout the entire stay-at-home order, there was frustration with the lack of reliability, including complaints of not knowing when buses would surpass current passenger limits and be too full to pick up new riders.

Over and over during our conversations, we heard that people don’t bike in many Chicago neighborhoods because they feel it’s too dangerous. This also came up in our conversations with people in suburban communities. Along with this comment, we would hear that if there were safer places to bike, people likely would be more inclined to do it.

In most suburbs and in Chicago communities that are less welcoming to people walking and biking, there’s a sense that people have no choice but to use cars for getting around. This need for people to use automobiles to get around has always been a major problem, especially for people in historically marginalized communities. And it becomes even more of a problem when so many more people in these communities are in financial straits because of the pandemic and unable to afford owning and maintaining a car.

Some parts of the region face unique challenges when it comes to walking and biking. On the Southwest Side, for example, people feel that local truck traffic generated by the interstate and manufacturing facilities in this part of the city creates a dangerous atmosphere for people walking and biking.

No matter what neighborhood or suburban community people resided in or represented, a dominant sentiment that emerged was a general sense of stress and uncertainty in regards to getting around.

Connected to this stress and uncertainty were concerns about personal safety. In a number of Chicago neighborhoods, this was tied to concerns about over-policing.

For people who already struggle to get around without a car, the pandemic, unfortunately, made their experience even more difficult. The conversations revealed that transportation inequities have intensified during COVID-19, particularly for community members already marginalized by a lack of mobility, like seniors and people with disabilities.

Since our transportation system caters largely to people who drive motor vehicles, it’s crucial that we lift up the voices of those who walk, bike, and use transit as their main form of transportation. At Active Trans, our work needs to be informed by what’s happening in the everyday lives of people in the region. And it’s vital that we hear from people all over the city and suburbs — and particularly from people in communities that are often left out of discussions like these.