Bike shops to stay open during “stay at home” order 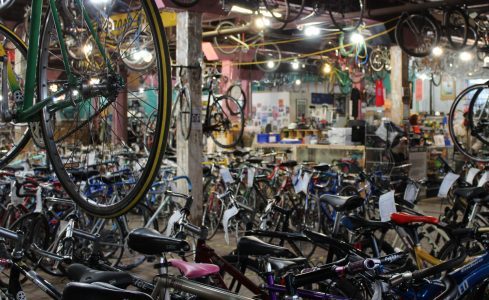 When Governor Pritzker announced a “stay at home” order today, we were glad that his office followed our recommendation to allow bike shops to stay open.

In the executive order, bike shops are considered “essential businesses” during this widespread shutdown, along with pharmacies, banks, gas stations, and other businesses people need to have access to (see number 12, part E of the executive order). The order will be in effect until April 7.

When we started contacting bike shops around the state to sign on to a letter that would be delivered to state and local officials, we were pleased with the resounding response we received.

Signing on were more than 70 bike shops — in addition to a handful of lawmakers and advocacy organizations. Special thanks goes to State Rep. Theresa Mah, who recently received our Public Leadership Award. Thanks also to Ride Illinois and the Illinois Retail Merchants Association for helping with this effort.

We’re glad that Illinois chose to make the right choice by following the lead of cities like San Francisco and Philadelphia that included bike shops as essential businesses.

Bike shops fulfill a great need in helping people get around their community safely and affordably.

During the current crisis, bikes and bike shops have become especially important for people who are making a good choice by avoiding public transit unless it’s necessary. And of course bike shops are essential for a great number of people who don’t want to drive, can’t drive, or don’t have access to a car.

Help us keep fighting for bike access during and after the COVID-19 pandemic by joining or renewing your membership today or making a donation.

Photo above courtesy of Working Bikes.