Advocates call for keeping transit running during any post-election protests 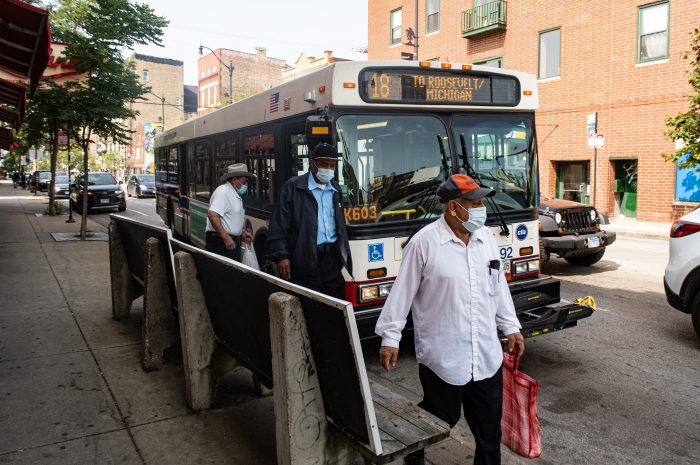 UPDATE (10/14/20): In response to the petition, Mayor Lightfoot’s Office said in a statement to WTTW that they will work with city officials, community leaders, and other stakeholders to “avoid any shutdown of transit options in the future.”

A coalition of advocates is calling on Mayor Lightfoot and Chicago-area transit agencies to keep our buses, trains, paratransit, and bike sharing running during future periods of civil unrest in the city.

The group’s petition states that “transit is a public good and a necessity at all times.” It calls for the Chicago Transit Authority, Metra, Pace Suburban Bus, and Divvy to make public commitments to remain in operation during times of protest so people can get where they need to go.

The group says this request is urgent given the potential for unrest following major upcoming events like the Chicago budget process and the November election.

If you live in Chicago, you can help by signing the petition as an individual. If you’re part of an organization that would like to sign the petition and join future advocacy meetings about the shutdowns, email info@activetrans.org.

Buses, trains, paratransit, and bike sharing connect people to their jobs, healthcare appointments, grocery stores, and their families. While disruptions of service are unavoidable, particularly during periods of mass protests, the agencies must strive to enable freedom of movement, even under challenging conditions.

When public transit is taken away, riders are cut off from where they need to go or they are forced to pay much more for a taxi or ride-hailing trip. It also disrupts people’s right to peacefully assemble and protest.

Shutdowns cause undue hardship for vulnerable populations, including older adults and people with disabilities. Black and Brown people are disproportionately reliant on public transportation and experience the most harm caused by the shutdowns.

There’s also been several targeted shutdowns to limit access at specific stations and stops during protests, including the 35th-Bronzeville-IIT stop near police headquarters.

The petition specifically calls for “elected officials and transit agency leaders to retain control of operational decisions during crises while taking emergency management and public safety factors into consideration.” It also says transit workers, buses, and facilities must never be utilized by law enforcement.