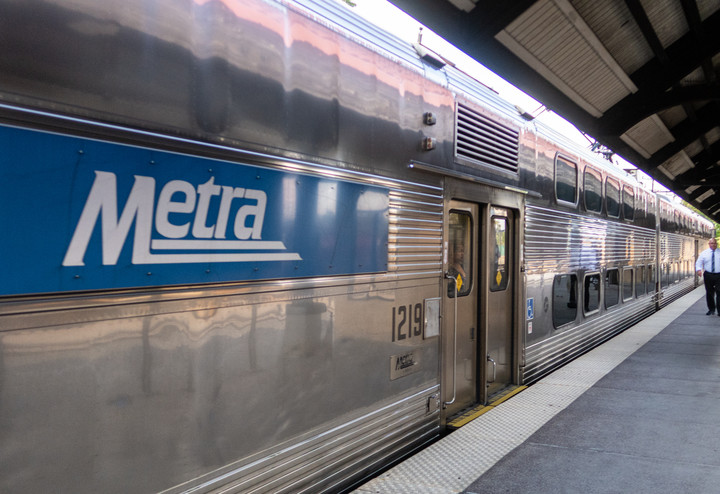 Transit riders on the South Side and in the south suburbs have some improved travel options to look forward to in the new year. In January, Cook County will usher in a rapid transit pilot program to help those residents travel to and from downtown Chicago quickly, easily, and affordably.

This three-year pilot program will provide fast and affordable public transit in neighborhoods where frequent and reliable train and bus services are lacking. The program has been spearheaded by the Coalition for a Modern Metra Electric, a group of transit, business, and community organizations that advocated for the South Cook Fair Transit program. Active Transportation Alliance is a member of the coalition.

While the North Side has a plethora of train and bus lines, the South Side only has the Red Line trains, which only go as far south as 95th Street, and a few bus lines that provide service further south of 95th Street. So the Metra Electric District and Rock Island District rail lines fill a transit void in the South Side and south suburbs, says Linda Thisted, co-chair of the coalition.

“It’s a matter of speed because the farther south you get, the longer it takes to get downtown if you just have to rely on buses,” Thisted says. “You miss a bus, and you have to wait for another half hour for the next bus. That’s a huge detriment. So when we get this [pilot program] going and people use it, they’ll have faster commutes, and then they’ll have a more reliable commute as well.”

“There’s life beyond 95th street, and these people need to get to jobs, goods, services. It ends up creating gross inequity when certain people, certain neighborhoods, are just completely cut off from access to equitable, affordable, and accessible transportation,” says Andrea Reed, co-chair of the coalition. “We need additional modes of transportation and, specifically, rapid transit. We have the Metra Electric and Rock Island lines, which are underutilized assets in our community. It is a form of rapid transit that is much needed.”

While the coalition is pleased that the South Cook Fair Transit pilot program is underway, it says there are still vital components that have been left out of the program that prevent seamless, coordinated connections between Metra and CTA. For example, the pilot will not include low-cost transfers between Metra and CTA lines. In addition, riders will not be able to use their CTA Ventra cards to pay for their Metra fares.

Part of the problem is that Chicago Mayor Lori Lightfoot and the CTA are not supportive of the pilot program. They contend that Metra will cannibalize CTA ridership and reduce revenue for the CTA. And even though the Cook County board will subsidize revenue losses the CTA may experience as part of the pilot program, Lightfoot and the CTA say that the subsidies are not a sustainable, long-term solution.

BENEFITS TO PUBLIC TRANSIT AND BEYOND

Instead of pitting the pilot program as a competitor to the CTA, the coalition is urging Lightfoot and the CTA to see the program as another option that will enhance the public transportation landscape in the region. “The CTA, Metra, and Pace are supposed to be serving the residents of the city and of the county,” Thisted says. “It is true that people are going to get off of buses and on to Metra trains if they have the opportunity, but I also think longer term that it will attract people to ride public transportation, which is something that’s absolutely needed.” 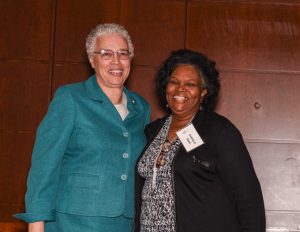 Beyond improving public transit in the area, the South Cook Fair Transit pilot program could be a catalyst for community development in the South Side and south suburbs and ultimately improve the quality of life there. Because the pilot program will make travel to and from downtown Chicago faster and more affordable, it will improve access to jobs in the short term and encourage people to start businesses and live in the South Side and southern suburbs in the long term.

The coalition has spent the last five years advocating for the South Cook Fair Transit pilot program and its benefits. As a grassroots nonprofit run by volunteers, the coalition often turned to Active Trans for support and guidance in bringing this pilot program to fruition. “Active Trans has been a great partner,” Reed says. “They helped us build capacity and with outreach. Active Trans was very helpful in getting their partners and volunteers on the front lines with us.”

The coalition plans to continue to work with Active Trans in getting the pilot program implemented, including publicizing the project with the residents of the South Side and south suburbs and working to include transfers and Ventra card use into the program.

In the meantime, the coalition considers the development and implementation of the pilot program a major achievement for both public transit and social justice. “This is a win for the city of Chicago and the metropolitan region,” Reed says. “Whether you live on the South Side, North Side, East Side, West Side, [the pilot program] will bring health and prosperity for every Chicagoan. They will have access to everything that they need to have the life they desire within their means. … This can change the lives of so many people.”

Bottom photo: As a supporter of the South Cook Fair Transit program, Cook County Board President Toni Preckwinkle (left) has been working with Andrea Reed, co-chair of the Coalition for a Modern Metra Electric, to get the rapid transit program implemented. Photo was taken at the 2019 Active Trans Annual Meeting, an event in which both women were featured speakers.