Home / About Us / Our Organization / Our Accomplishments

Over the years, we’ve been working tirelessly throughout the region to make it easier and safer to bike, walk and use public transit. Here are some of the great things we’ve been able to accomplish since we started in 1985.

Active Trans worked with riders, operators, and advocates across the region and across the country to organize support for transit as ridership losses triggered an existential crises for transit. Congress came through with an initial relief package in March and another in December.

For the first time ever, Chicago leaders shut down the transit system during protests and periods of civil unrest. These shutdowns disproportionately harmed the region’s most vulnerable residents, many of whom are Black and Brown. Active Trans led a campaign against the shutdowns and highlighted how they’re affecting vulnerable residents.

South Side and South Suburban residents have fought for years to upgrade the Metra Electric line and they finally saw major progress in 2020 when Cook County agreed to fund a pilot project for improved service and half-price fares for all riders. Active Trans worked with community leaders to fight for these improvements for many years as part of the Coalition for a Modern Metra Electric.

The city of Chicago’s 2020 budget included new fees on Uber and Lyft, with a portion of the revenue going to expand the city’s Bus Priority Zones program. Specifically, the Mayor raised the fees on solo rides and decreased the fee on shared Uber and Lyft trips citywide. In addition, she added a surcharge on trips that start or end in a new “downtown congestion zone.” Active Trans provided input on the policy as it was being developed and successfully lobbied for its passage.

For the first time ever, Illinois’ long-term capital program included dedicated funding for walking and biking projects. The legislation allocates $50 million annually for walking and bicycling projects. It also includes sustainable funding for public transit for the first time ever. Active Trans championed both initiatives with a bipartisan group of legislators in the Illinois State House and Senate.

Active Trans helped draft and build support for a state bill that requires school boards statewide to adopt policies for educating K-8 students about biking and walking safety. Schools boards determine how best to implement the requirement in their schools. After passing both houses of the General Assembly, it was signed into law by Governor Rauner in August 2018.

Active Trans spearheaded legislation that amends the Illinois Vehicle Code to add information – including the Dutch Reach – about bike safety to the state’s Rules of the Road manual and driver’s license exam.

After decades of advocacy by Active Trans and our community partners, the project to create separate foot and biking paths along the Lakefront Trail was completed. The trail is safer for everyone, provides more space for people walking and biking, and cuts down on the congestion so common on the trail.

In the first-ever extensive evaluation of Chicago bus service, Active Trans found bus speed and reliability on the decline because buses routinely get stuck in traffic. The analysis rated bus service in all 50 Chicago wards and eight of the city’s high-ridership routes. Advocates and partners immediately started using the report cards while campaigning for better bus service in their wards.

In a move that Active Trans campaigned for, Chicago City Council passed an ordinance requiring trucks owned by the city and those contracted by the city to install sideguards and safety mirrors to better protect people biking and walking.

After many years of Active Trans advocating for a safer, more welcoming Lakefront Trail, the city announced it would build separate trails for people biking and walking along the busiest parts of the trail.

Chicago took first place among best US cities for bicycling, moving up from #2 since Bicycling magazine’s last national ranking.

Thanks in part to Active Trans’ efforts, the North Branch Trail, the busiest trail in the Cook County Forest Preserve system, was extended from 18 miles to 22 miles, bringing the path all the way south to Gompers Park at Foster Avenue and Pulaski Road.

In response to drivers parking in bike lanes and other types of dangerous bike lane obstructions, our Clear the Way campaign prompted Chicago supporters to submit 500 photos with comments detailing particular bike lane obstructions. The campaign generated multiple stories in local media and prompted the city of Chicago to make the process easier for reporting obstructed bike lanes. 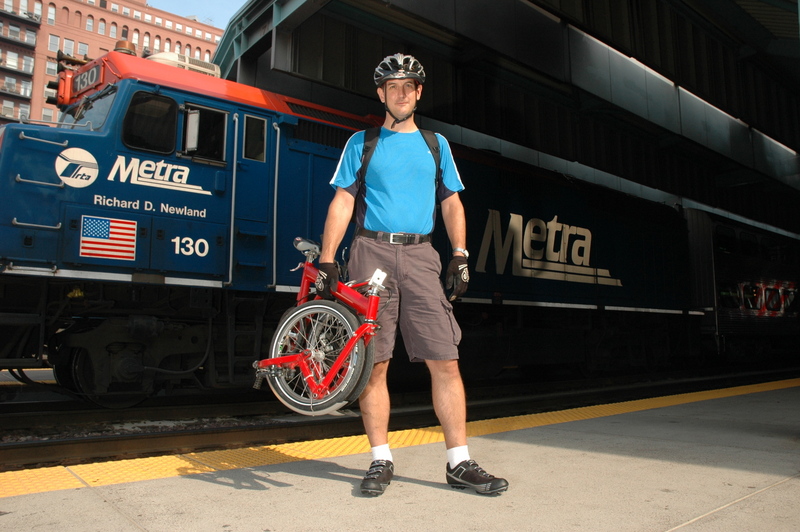 Working in tandem with other advocacy groups, Active Trans mobilized hundreds of members and supporters to successfully pressure the Northern Indiana Commuter Train District to allow people to bring their bikes on the South Shore Line.

In advance of the 2014 and 2015 state and municipal elections, Active Trans released a state and municipal policy platform outlining our top priorities. We also conducted our first-ever candidate questionnaire with Chicago City Council and mayoral candidates and published all the responses in full as part of our first Municipal Election Voter Guide.

After we launched a regional campaign to improve the safety of people walking and biking at 20 of the most dangerous intersections in the city and suburbs, we engaged decision makers and residents around all 20 intersections, securing commitments from five controlling bodies to go ahead with safety improvements.

Chicago is ranked as the second most bike friendly city in the nation by the editors of Bicycling magazine.

Active Trans advocated for laws passed by both the City of Chicago and the State of Illinois that allow people riding bicycles to confidently pass slow-moving cars on the right side of the road.

We partnered with the Center for Neighborhood Technology (CNT) to launch the Transit Future campaign to establish a dedicated source of revenue to fund the transit  improvements and expansion in Cook County. Cook County Board President Toni Preckwinkle and Mayor Rahm Emanuel spoke in favor of the Transit Future vision at the launch.

Updated, improved and performed a major overhaul of the Chicagoland Bike Map

The new protected bike lane on Dearborn Street is named the best in the nation by People for Bikes.

Large-scale bike sharing comes to Chicago, thanks in part to advocacy from Active Trans. Divvy starts off with 300 stations hosting 3,000 bicycles.

Mobilized more than 5,000 transit riders to push for better and faster transit

Secured 2,500 people to sign our petition in support of Bus Rapid Transit (BRT) on Ashland Ave and throughout Chicago

Active Trans guides public process for Chicago’s Streets for Cycling 2020 plan, which lays out the vision for expanding bicycling throughout the city in the coming decade.

Active Trans delves deeper into the world of bike planning by producing or assisting with nearly 30 bike plans in suburban communities or regional corridors. 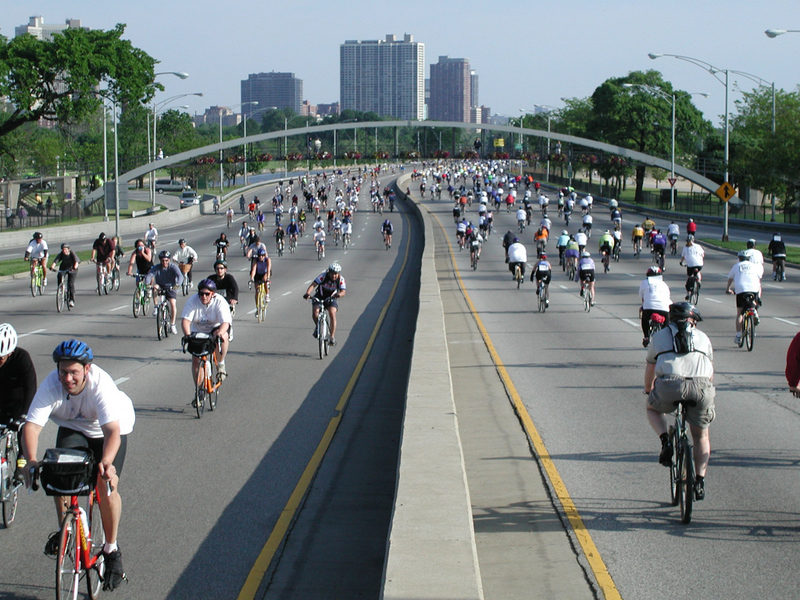 Thanks to pressure from Active Trans, Mayor Rahm Emanuel agrees to build 100 miles of protected bike lanes during his first term in office.

Chicagoland Bicycle Federation officially expands its mission to include pedestrian and transit advocacy. As a result, it changes its name to the Active Transportation Alliance.

Partnered with other organizations to pass the 3-foot passing law in Illinois.

On the heels of a Chicago Ordinance, the Illinois General Assembly passes a Complete Streets law.

Bikes on Metra graduates from one train per week to its current daily off-peak accommodation.

The League of American Bicyclists designates Chicago and Schaumburg as Bicycle Friendly Communities. 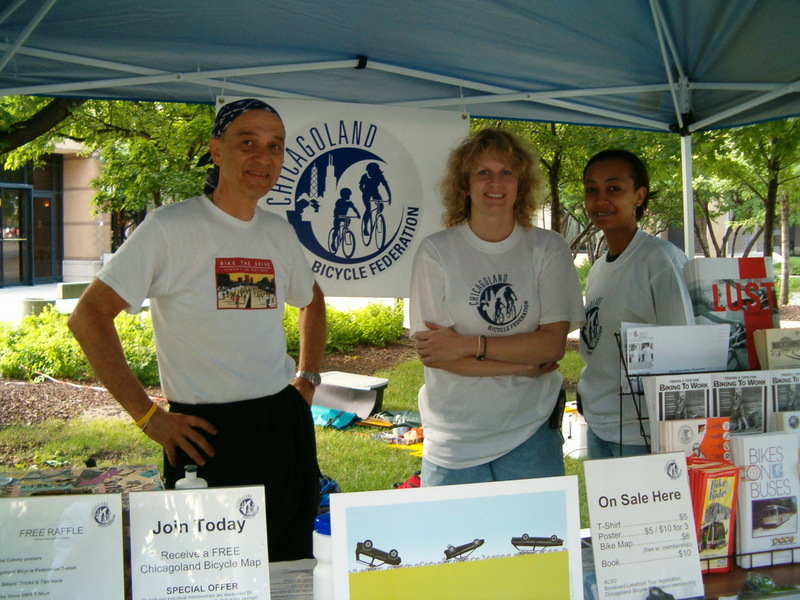 Evanston’s bicycle plan is the first instance of bike lanes planned for a suburb.

The City of Chicago’s Department of Transportation takes on the Chicagoland Bicycle Federation’s Bicycle Ambassador program. Mayor Daley’s Bicycling Ambassadors educate thousands of people who drive and bike each year.

The first Bike the Drive, organized and produced by the Chicagoland Bicycle Federation, opens up Lake Shore Drive for bicyclists.

Chicago has installed 4,250 bike racks thanks to more than $1.5 million in Congestion Mitigation and Air Quality funds. 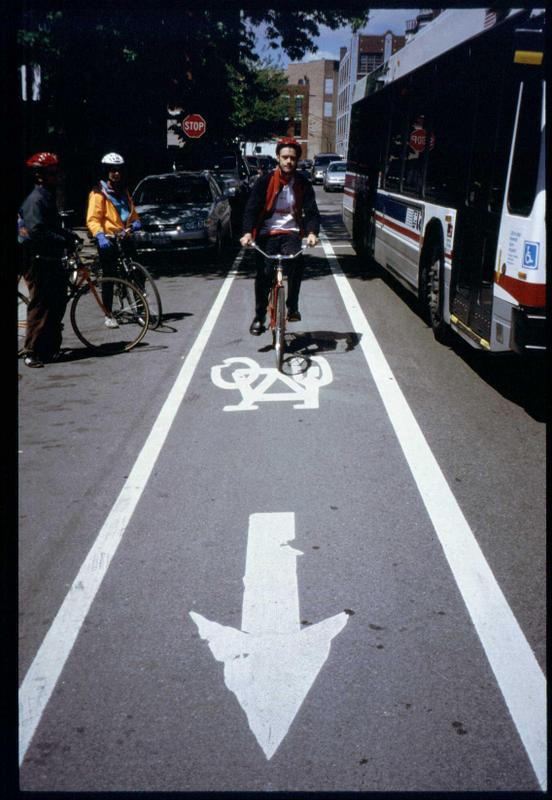 With an eye toward increasing the number of trips made by bicycle, Chicago Mayor Richard M. Daley unveils the Bike 2000 Plan, which is drafted by the Chicagoland Bicycle Federation and the newly created Mayor’s Bicycle Advisory Council. For the subsequent Bike 2015 Plan, the city turns again to Chicagoland Bicycle Federation and hires it as a consultant.

The first Boulevard Lakefront Tour debuts and generates a new stream of revenue for the Chicagoland Bicycle Federation.