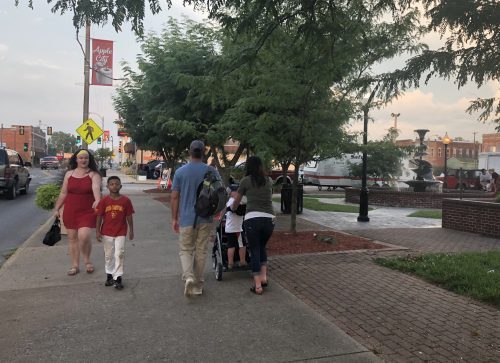 Update (8/30/21): Illinois House Bill 270 is now law. Effective August 30th, the state will cover 100 percent of the cost of walking and biking infrastructure on state roads.

After many months of effort from advocates and legislators, the Illinois House and Senate passed a bill mandating that the state cover 100 percent of the cost of walking and biking infrastructure on state roads, just like they do for cars and trucks.

Active Trans championed the legislation along with Ride Illinois and the Metropolitan Planning Council. The bill is now being sent to Governor Pritzker’s desk and should be signed into law this summer. It passed with strong bipartisan majorities in both chambers.

Advocates from across Illinois stepped up to fight for this bill. Supporters filed more than 900 witness slips in advance of the bill being called in the house and more than 1,000 before the senate hearing. Hundreds of residents contacted their state legislators over the past few months, generating more than 1,370 emails and Tweets.

A growing number of legislative champions for walking and biking made sure your voices were heard.

As written, the bill applies in all towns with 1,000 or more residents, but we’ll continue to push for it to apply to every municipality, regardless of size.

Thank you to all the advocates and legislative leaders who made this happen!

WHY CHANGE IS NEEDED

Under current law, when the state of Illinois is rebuilding a road, the state covers 100 percent of the cost of infrastructure for cars and trucks, such as travel lanes and road markings.

But if the state’s analysis determines a sidewalk, side path, or bike lane should be added and there’s community support for it, then the local community is required to cover 20 percent of the cost.

This results is an inequitable distribution of walking and biking infrastructure and many missed opportunities to add critical safety infrastructure.

Since many communities can’t afford the match amount, the walking and biking infrastructure gets pulled from the final design. Or the community never even asks for it because local officials know they won’t be able to come up with the funds.

Our bill eliminates this 20 percent local match. Learn more about the bill with this one-page fact sheet.

By necessity, people are walking and biking on these roads already. They’re just forced to do it in extremely unsafe conditions.

Now, thanks to Illinois’ growing crop of advocates and legislative champions for transportation equity, we’re one signature from Gov. Pritzker away from transformative policy change.