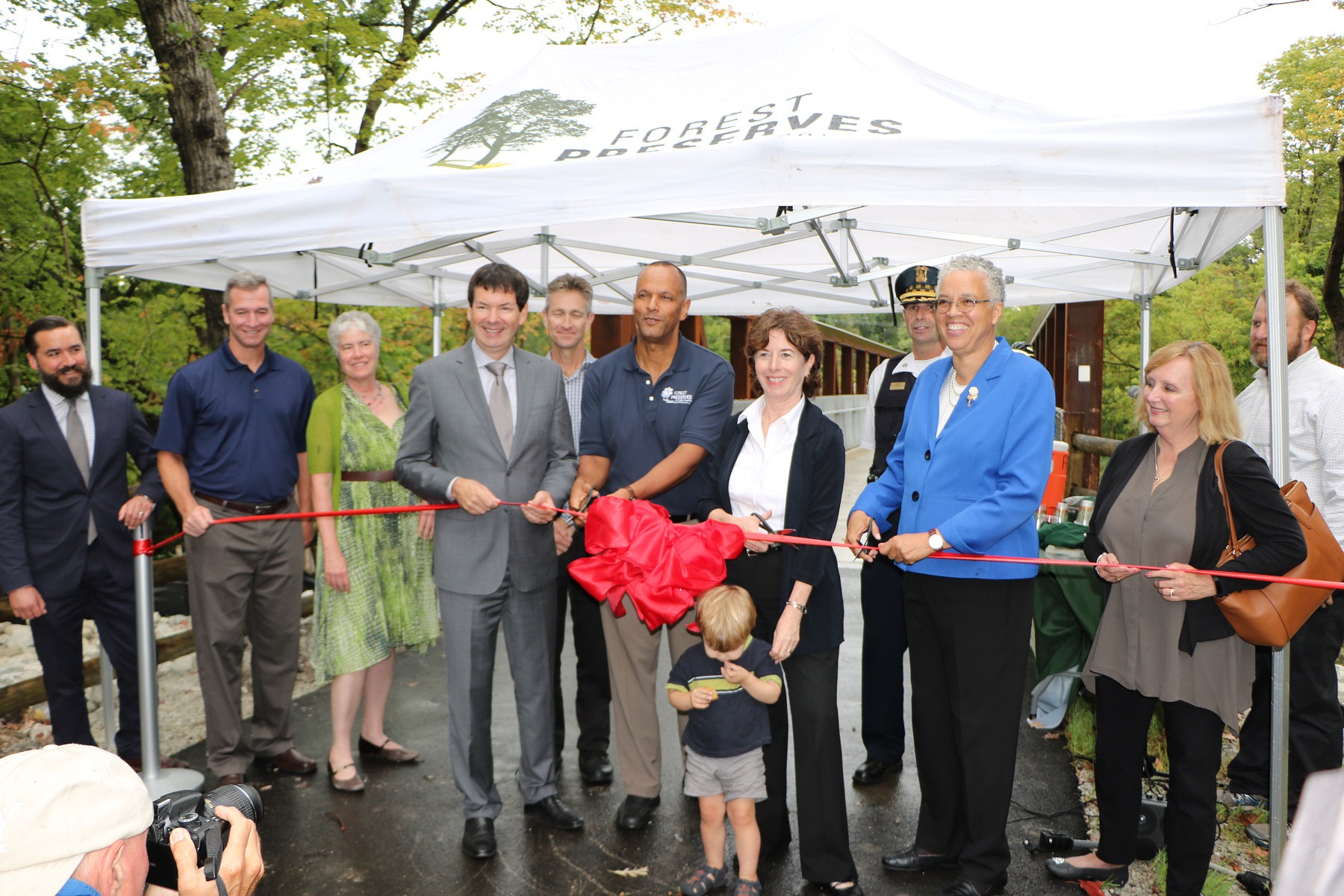 The long anticipated 2-mile North Branch Trail extension from Caldwell and Devon Avenues to Forest Glen Avenue is finally open! Active Trans Executive Director, Ron Burke, attended Wednesday’s ribbon cutting celebration in the company of Cook County Board President Toni Preckwinkle and longtime advocate of the trail extension, 39th Ward Ald. Margaret Laurino. Although it was a rainy afternoon, a group of eager cyclists gathered to be the first to officially traverse the new trail.

The extension winds through beautiful, wooded areas with two new bridges that were constructed over the North Branch Chicago River and the Metra Milwaukee District North tracks.

This project is extremely important for trail connectivity and accessibility. The new entrance point off of Forest Glen Avenue is much calmer compared to the old entrance at the busy Caldwell and Devon intersection. The second phase extension of the trail will connect it to the eventual Riverview Bridge, as well as the future Weber Spur Trail.

This connectivity improvement is a key part of our Bikeways of All vision; to support continued efforts to build a low-stress, connected bike network that is safe and comfortable for all. Active Trans has been involved in advocating for the extension and were on hand for the groundbreaking last fall.

To learn more about the trail extension and to view a map, check out the Forest Preserves website.