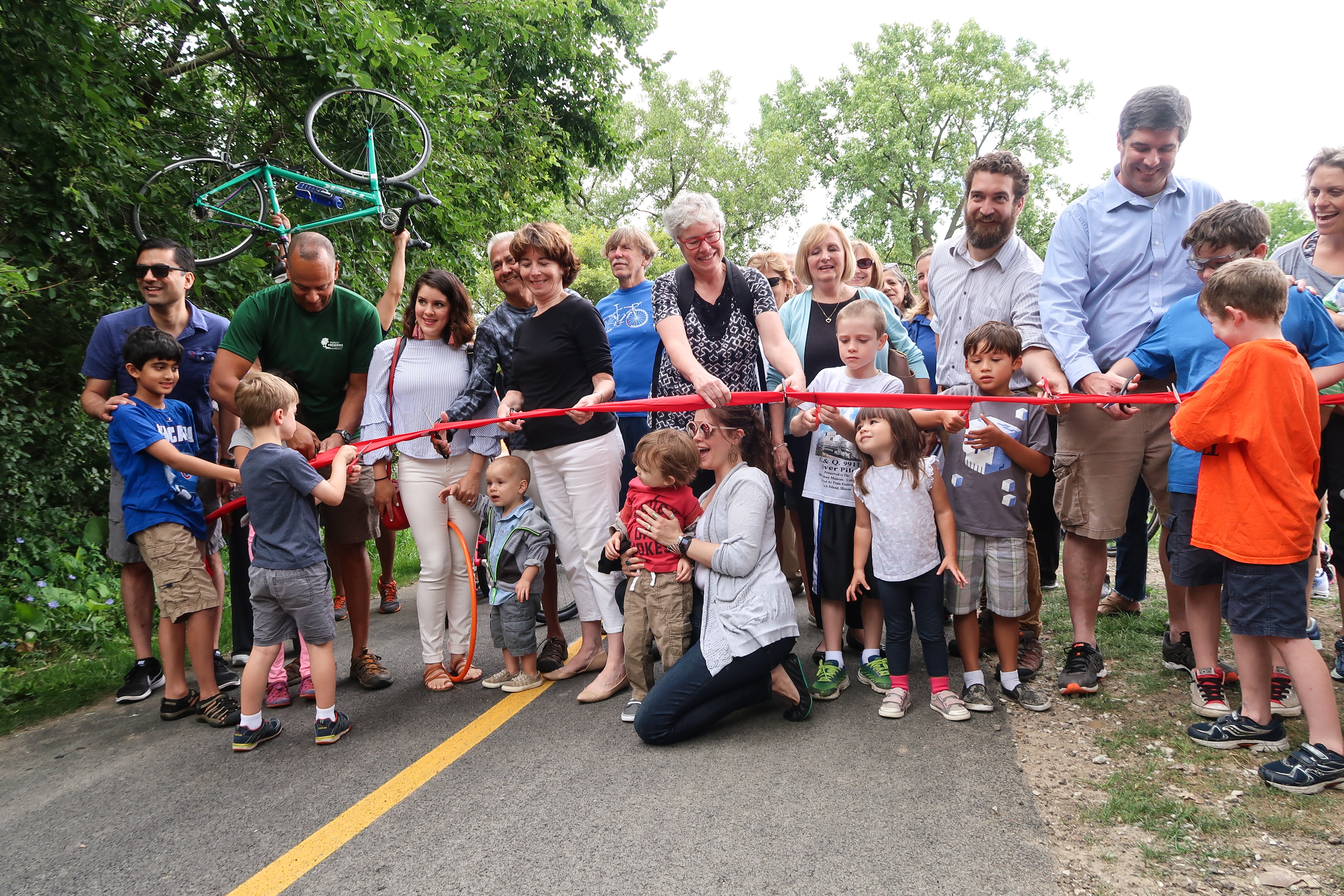 The coming new year provides a moment to pause and reflect on the accomplishments of the past year. With that in mind, here is Active Transportation Alliance’s top ten list of active transportation stories from 2017.

As you browse through these, be sure to savor the successes — especially if you’re one of the many people who helped make them happen.

1. First sections of Lakefront trail separation open
Thanks to many years  of advocacy and a $12 million donation from Ken Griffin, the Chicago Park District began building separate lakefront trails for people walking and people biking on all 18 miles of Chicago’s Lakefront Trail, with a goal of the completing the work by the end of 2018. Segments are complete on the North (Fullerton to Ohio Street) and South (35th to 55th Streets) Sides.

2. Progress made on Chicago River Trail
In line with our vision for a continuous Chicago River Trail, the city added several trail segments and moved forward with development concepts that improve biking and walking along the river. The North Branch Trail extension opened and construction began on the 312 RiverRun Trail.

4. Bike lanes installed on Milwaukee Ave through Wicker Park
After hundreds of advocates turned out to public meetings, the city added bike infrastructure to one of the busiest biking corridors in the country while also creating more and safer spaces for people walking. This narrow section of Milwaukee Ave., with confusing 6-way intersections, is a hotspot for bike and pedestrian crashes. The dashed bike lanes are a good near-term solution until funding is available to add more permanent infrastructure, such as protected bike lanes.

6. Chicago adds new 311 code for blocked bike lanes
People riding bikes can now easily report when vehicles are parked in bike lanes, and the city uses the information to identify hotspots and prioritize enforcement. Active Trans organized hundreds of supporters to submit photos of obstructions and shared them with the city, along with policy recommendations.

7. Chicago releases Vision Zero Action Plan
The three-year plan is a good start but will need to evolve, with the addition of citywide policy change and a dedicated Vision Zero Infrastructure Fund in the city budget, for Chicago to achieve the Vision Zero goal and make our streets safer for everyone, especially the most vulnerable people who are walking and biking. Another crucial aspect is getting meaningful community input from residents living in the high-crash areas that are prioritized in the plan, to ensure strategies are aligned with community needs.

9. Bus rapid transit project breaks ground in Gary
The City of Gary, Indiana began construction on a bus rapid transit corridor through downtown that will make the street more livable for everyone and aid economic development.

10. Chicago increases ride-hailing fee to pay for transit
The Chicago City Council increased the fee on Uber and Lyft trips and all the new revenue will go to public transit upgrades. Active Trans supported the fee increase amid concerns that the services are increasing congestion and contributing to declines in bus ridership.

Stay on top of the latest Active Trans news throughout the year by signing up for our monthly e-newsletter and join the fight by signing on to our advocacy supporter list.