Riding a bicycle should be safe and easy — no matter your age, ability or where you live.

A lot has changed since our founding as the Chicagoland Bicycle Federation in 1985, but encouraging more people to ride bikes remains at the core of our work.

Through advocacy, education and good old-fashioned fun, we are committed to promoting bikes as a safe, healthy, affordable and environmentally-friendly way to get around.

Throughout Chicagoland, many people would like to use bikes for transportation, but too few feel safe and comfortable doing so. That’s why we pursue a comprehensive strategy to remove the roadblocks preventing more people from taking to the streets on two wheels.

From providing bike safety education to school children to urging elected officials to invest in safer and better bike infrastructure, Active Trans is helping to transform Chicagoland into the most bike-friendly region in the country. 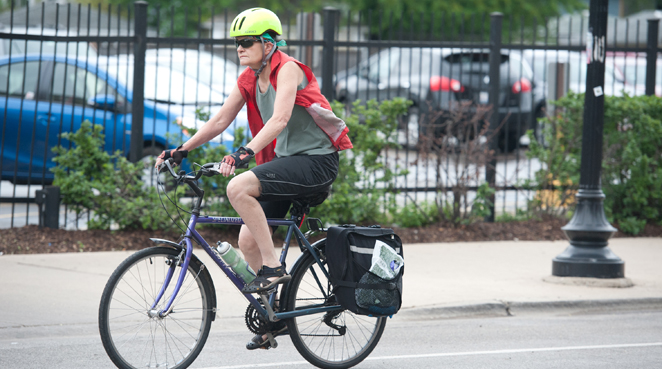 In recent years, bicycling in Chicago has transformed from a fringe activity to a mainstream mode of transportation, opening up the benefits...

The idea of a river trail is not a new one. At least as far back as Daniel Burnham’s 1909 Plan for Chicago,...

The Chicago area provides opportunities to enjoy more than 1,100 miles of trails that crisscross the region. Not only are these trails fabulous recreational assets,...