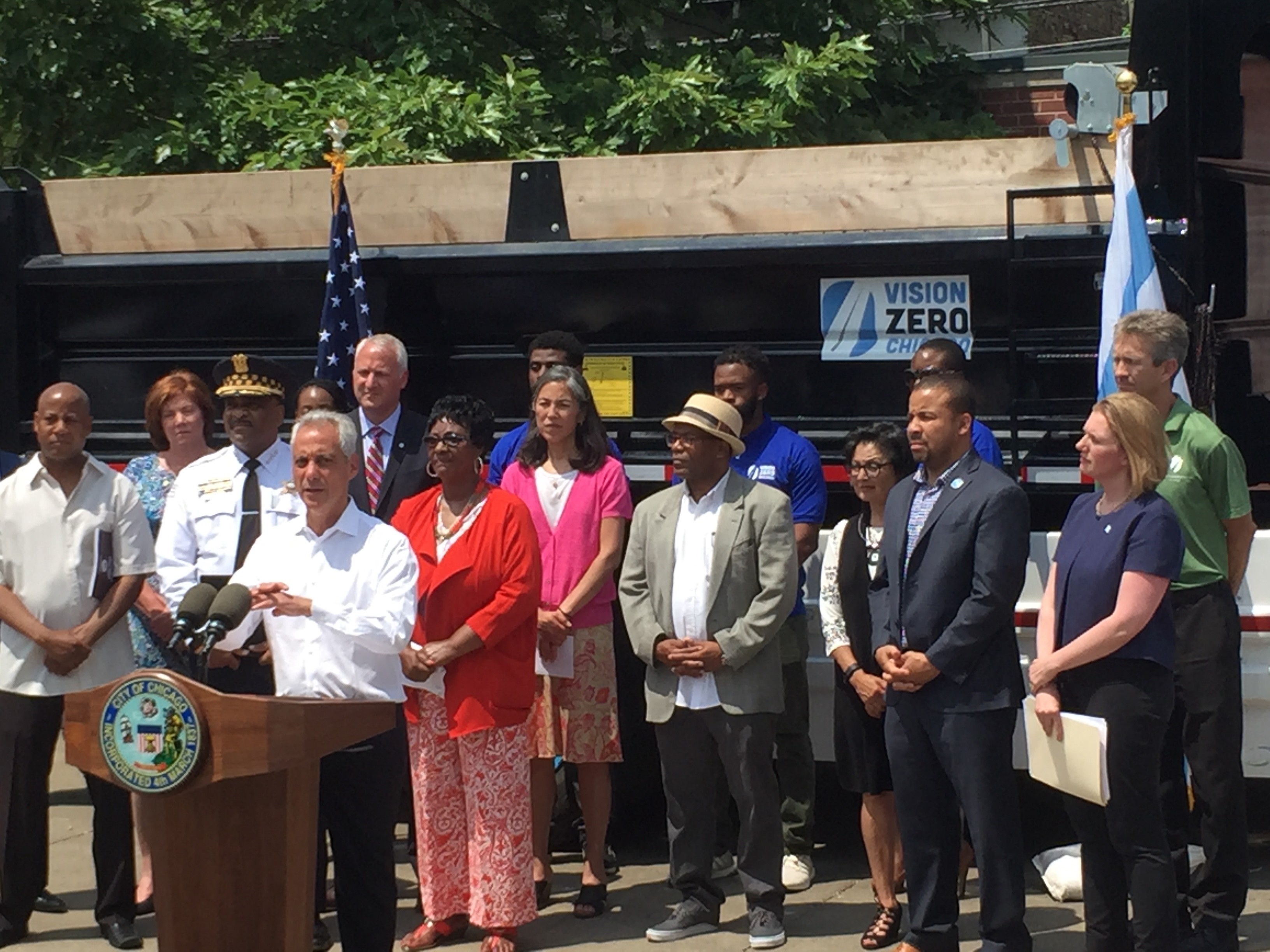 Today’s release of a Vision Zero Action Plan lays a strong foundation for the city to achieve its goal of eliminating traffic fatalities and serious injuries by 2026.

The three-year plan shows the city is serious about preventing crashes and making our streets safer for everyone, especially the most vulnerable people who are walking and biking. Now we need to make sure our elected officials at every level of government provide appropriate funding support for the city to meet its ambitious goals.

We’re advocating at the local, state, and federal levels for more safe streets funding, especially for infrastructure projects on streets that have long been identified as high-crash corridors. Redesigning these streets will be pivotal to bringing down our unacceptably high numbers of fatal and serious injury crashes.

Last week we released a regional crash report breaking down the most recent traffic crash, fatality, and serious injury statistics. In 2015 the City of Chicago saw 119 traffic fatalities and 21,668 injuries from traffic crashes.

The plan identifies driver speed as the most important factor in determining crash risk and severity. The city can manage speed by redesigning streets to calm traffic and enforcing appropriate speed limits.

In policy recommendations to the city, Active Trans called for the city to evaluate speed limits on different types of streets and consider reducing the default speed limit, especially in corridors that have been prioritized for people walking, biking, and riding transit.

In the plan the city commits to evaluating city speeds and making recommendations on changes within the three-year timeframe.

The plan also includes a goal to pass an ordinance requiring trucks to install side guards and safety mirrors to prevent serious injury or death resulting from collisions with people biking and walking. The regulation would apply to the city’s own fleet in addition to city contractors, while encouraging compliance from private companies.

Active Trans worked with crash victim Dee Palagi, who was who was struck by a semi-truck while bicycling in West Town and had to have her leg amputated. Dee says new regulations could help prevent serious injury and save lives in crashes like hers.

Vision Zero has been one of Active Trans’ top priorities for several years. In 2015 Active Trans was joined by physicians, traffic safety experts and victims of traffic crashes in calling on the city to develop a Vision Zero Action Plan that brings all city agencies to the table. Last year the city established a task force and began work on the plan.

Join our advocacy supporter list to stay up to date on our Vision Zero advocacy.