Home / Resources / In the news 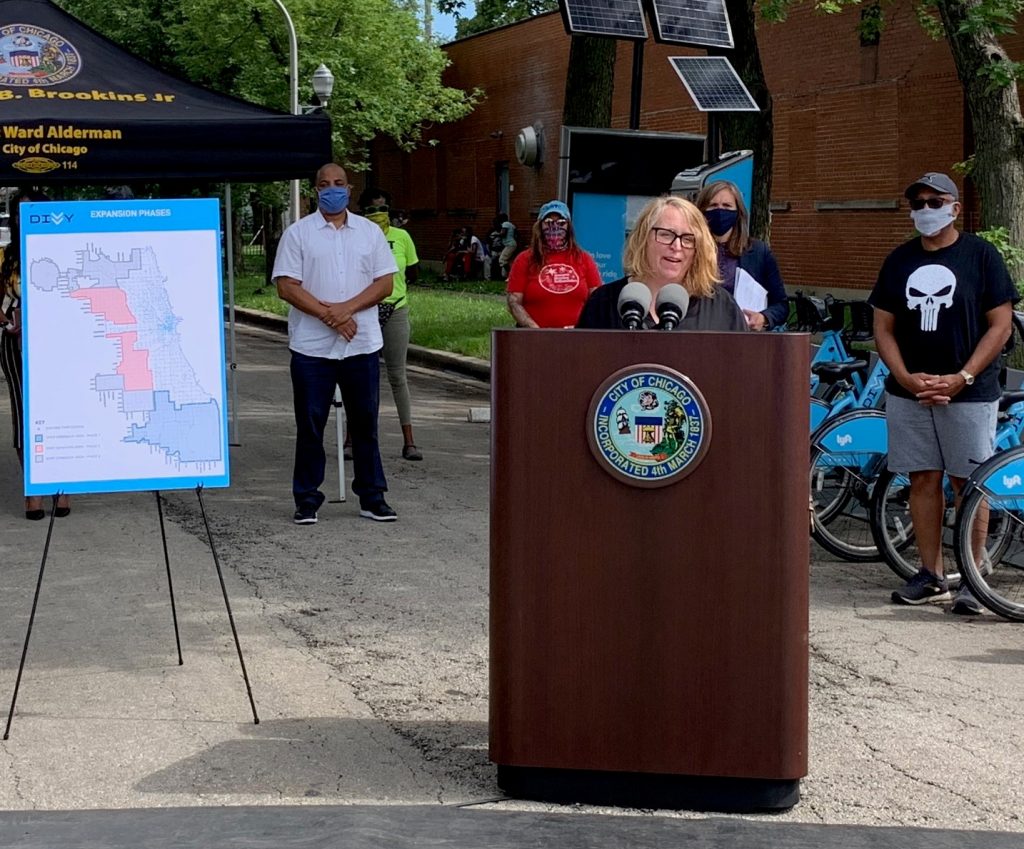 A big part of the work we do at the Active Transportation Alliance involves educating the public about our goals of better biking, walking and transit.

We’re a trusted local authority on these issues, and that’s reflected by the media coverage about our campaigns, advocacy work and events.

By getting the word out in local media, we invite more people to understand and support our mission.

State Agencies Often Resist Pedestrian Safety Fixes on Urban Roads (Stateline; December 8, 2022)
Managing Director of Advocacy Jim Merrell weighs in on how state and municipal transportation agencies fail to coordinate with each other—creating a huge barrier to any type of traffic safety improvement.

At annual meeting, ATA honored new advocacy orgs, discussed its playbook for 2023  (Streetsblog Chicago; December 4, 2022)
Active Trans outlined its 2023 plans, which includes a campaign to fight climate change via sustainable transportation and improving the rider experience for public transit, at it annual meeting, while also shining the spotlight on the sustainable transportation advocacy groups that have made inroads in improving walking, biking and public transit in Chicago in 2022.

Life And Death In Chicago’s Most Dangerous Bike Lane  (Block Club Chicago; November 29, 2022)
Managing Director of Advocacy Jim Merrell sheds light on why the Milwaukee Avenue bike lane is rife with bike crashes and fatalities, explaining that a lack of consistency in the planning, design and construction process has contributed to a disjointed mix of cycling infrastructure that is putting cyclists’ safety at risk.

CTA Service Slowdowns, Crime Issues Make Transit Rides Difficult for Chicago Commuters (WTTW; July 28, 2022)
A lack of staffing and funding as well as the pandemic have contributed to a host of problematic issues for the CTA, including a slowdown in service, a breakdown in reliability, and a rash of violent crimes, according to Executive Director Amy Rynell.

As memorial grows for 3-year-old Lily Grace, demands intensify to make streets safer for bicyclists in Chicago (Chicago Sun-Times; June 10, 2022)
After the toddler was struck and killed by a semi-truck, Executive Director Amy Rynell and other bicycling advocates call on Chicago officials to implement more traffic-calming measures and bike lanes throughout the city.

Deadly stretch of Milwaukee Avenue raises concern among cyclists as the season gets underway (Chicago Tribune; May 31, 2022)
The half-mile stretch of Milwaukee Avenue from Kilbourn Avenue to Addison Street has become the deadliest for bicyclists to ride in all of Chicago with its heavy car traffic, a major Metra reconstruction project, and little protection for cyclists and pedestrians. Active Trans and other advocates fear that a busier-than-usual bike season could be a lethal one without better safeguards for bicyclists.

More cyclists are being killed by cars. Advocates say U.S. streets are the problem (NPR; May 25, 2022)
Active Trans and other cycling advocates attribute the increase in fatalities and serious injuries among bicyclists to poor street design, which prioritizes moving cars and trucks through city neighborhoods and urban centers quickly.

No one should die because they ride a bike to get around (Chicago Sun-Times; May 10, 2022)
Active Trans Executive Director Amy Rynell says the hazardous biking conditions on Milwaukee Avenue illustrate a much larger problem: the lack of an overall safe bike network in Chicago.

Advocates: RTA must overcome “bureaucratic anxiety,” prescribe bold action to save transit (Streetsblog Chicago; February 2, 2022)
Seven local transportation advocacy organizations, including Active Trans, sent a letter warning the Regional Transportation Authority — which oversees planning and funding for the CTA, Pace, and Metra — that it has fallen short in its efforts to create a 2023 Regional Transit Strategic Plan that will adequately address the existential threats facing transit in metropolitan Chicago.

Op-ed: Revitalizing Chicago’s bus rapid transit system should start with Ashland Avenue (Chicago Tribune; January 26, 2022)
With the passage of the $1.2 million bipartisan infrastructure law, Active Trans Executive Director Amy Rynell calls on Chicago to use some of that money to upgrade bus service in the city, including the bus rapid transit project on Ashland Avenue that was stalled in 2014.