Tribune’s vision for NLSD is from a rearview mirror 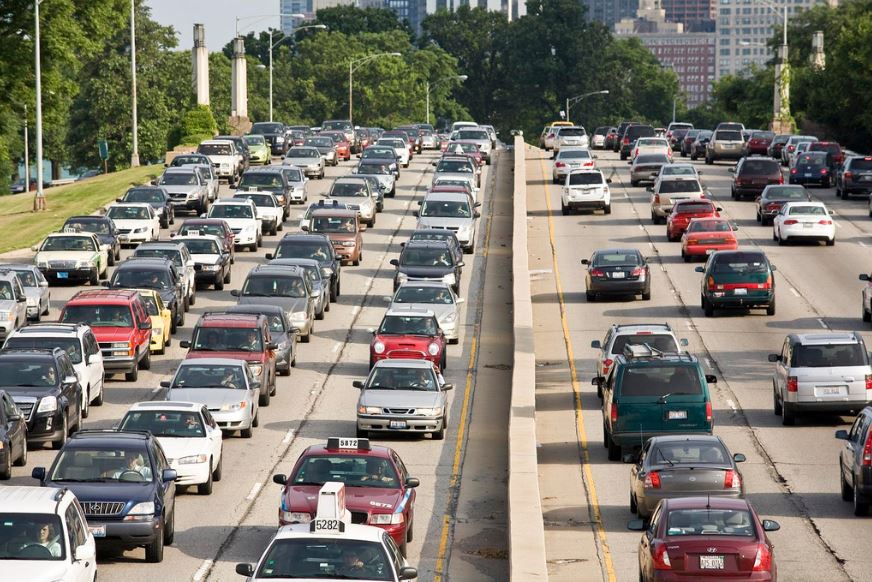 The Chicago Tribune editorial board recently took issue with a letter that Active Trans, civic partners and local chambers of commerce wrote in support of including dedicated bus lanes or light rail  – we call it the “Silver Line” – into the redesign of North Lake Shore Drive.

The Silver Line would run on the north and south sides of the drive and ease crowding on the Red and Brown Lines, move buses out of rush hour congestion to prioritize/incentivize more efficient transit, upgrade south side transit and accommodate future transit growth.

This is a once-in-a-generation opportunity to prioritize transit along the densely populated lakefront where the need for better transit service is a no-brainer. Moreover, building the Silver Line is relatively easy because the corridor already exists, there are economies of scale in building it in tandem with a roadway project and there is more federal money available for road vs. transit projects.

The Tribune didn’t like our idea to reduce the number of lanes for cars from 8 to 6 while adding 2 dedicated transit lanes, worrying that people in cars would face more congestion. It’s a position fueled by America’s entrenched “car-first” bias and the outdated transportation mindset of moving cars and trucks rather than moving people and goods.

We think the Silver Line will convert cars to transit trips on the drive, where buses already carry 20 percent of people but represent just a tiny fraction of the vehicles. In combination with other strategies to reduce drive-alone cars, like carpool que jump lanes at on-ramps and employer-based incentive programs, 6 lanes can be more than adequate while placing Chicago on the less car-dependent trajectory that is emerging in urban areas due to changing travel preferences and demographics and – longer term – due to autonomous/connected vehicles.

Indeed, fewer cars is the future, certainly in the long-run. Just as airlines stopped flying half-empty planes, most Americans stopped throwing everything into the garbage, and dirty coal is being replaced by cleaner renewable energy, transportation will also be more efficient and sustainable in the future.  Far fewer people will drive alone in 3,000-pound cars from one paved-over piece of the earth to the next.

I hope our leaders see this, and that cars don’t need 8 lanes on the drive. If not, we still need better transit. The reality is that the drive corridor can be redesigned to include dedicated transit lanes along with 8 lanes for cars without losing park space – which is important. That’s because the Illinois Department of Transportation has already decided to narrow the drive to 6 lanes north of Irving Park Rd. – they would eliminate 2 lanes unless they are used for transit.

South of Irving, a better corridor design could accommodate additional space for bus lanes without eliminating park space. There is wasted/dead space in medians, between the ramps, between the Inner Drive and the drive, and even within the park in places. Moreover, IDOT plans to rebuild sea walls and move at least Oak St. beach, which would create more park space.

We agree with the Tribune that “managed” lanes set-aside for carpools or people paying tolls are a good idea in places, but not on the drive and not with buses using these same lanes. (And not when they are added, as proposed on I-290 and I-55.) That’s because, over time, these lanes can become congested with cars again, and it would be politically difficult for the state to keep raising tolls or car-occupancy minimums. In addition, carpool lanes are not a good idea alongside quality transit routes because that can siphon transit riders to less efficient car pools, and there are already many 2+ carpools on the Drive.

Few places in the Chicago region warrant better transit more than the lakefront corridor, with high densities and transit crowding on the north side, inadequate transit service and untapped potential on the south side, and too many cars on both ends.