Home / Blog / No fatality on our streets is acceptable

No fatality on our streets is acceptable 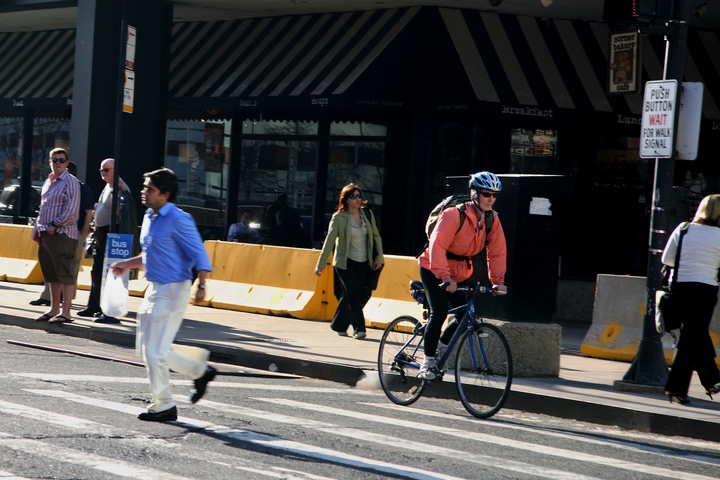 Last week in Chicago’s Avondale neighborhood, 25 year-old Virginia Murray was struck and killed by a truck while riding a Divvy bike. The crash is believed to be the first bike share fatality in the country.

This tragedy is the latest in a string of serious injuries and fatalities among people biking that have been reported widely in the media. We’ve heard from a lot of Active Trans members and supporters who are understandably concerned by these reports and are eager to take action.

It’s too early to say if these incidents are part of a larger trend or if the press is just covering them more frequently. (Unfortunately, official crash data from the Illinois Department of Transportation takes about two years to compile and make accessible.)

But we don’t have to wait for the data to know each and every one of these crashes is preventable and no fatality on our streets is acceptable.

Crashes continue to impact thousands of people in the Chicago area each year, including dozens of fatalities. In Chicago and its suburbs, about 15 people are killed and 3,000 injured every year while riding a bike.

Reflecting on these numbers and reading the recent media coverage can be deeply unsettling, especially if you walk or bike frequently or have experienced a crash personally.

But there has been some progress in recent years in improving safety for people walking and biking. For example, the number of people biking in Chicago has roughly tripled since 2000, but the number of crashes has remained relatively stable. That means the crash rate is likely dropping.

And despite last week’s tragedy, the Divvy bike share system has enjoyed a stellar safety record, logging more than 8 million rides with only a handful of reported injuries and one fatality.

This record aligns with the experience of other bike share systems around the country.

Instead of discouraging us, these recent events should impel all of us to work ever harder — both directly and indirectly — to address the unacceptable number of bicycle and pedestrian crashes in the region.

Here are some of the ways we’re working to make this happen: