Free-floating car-sharing program should be welcomed in Chicago 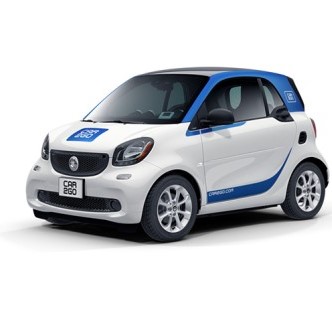 The free-floating car-sharing pilot program passed by Chicago City Council could help residents who don’t own a car get around and encourage more people to live car-free or car-lite lifestyles.

Unlike Zipcar and Enterprise CarShare, free-floating carshare companies like car2go don’t require users to pick up and drop off the vehicles in a fixed location for a set period of time. The cars can be parked in any legal spot within a designated zone and reservations aren’t required.

The ordinance introduced by 1st Ward Ald. Joe Moreno would set up a nine-month pilot program starting in May 2018. One vendor chosen by the city would be permitted to deploy up to 500 vehicles in designated “home area.”

The proposed area includes all of downtown and many blocks north to Foster Ave., south to Cermark Road, and west to Homan Ave. – depending on the neighborhood. Vehicles could be driven outside the area but the mobile app would force customers to pick up and park vehicles in the designated zone.

Parts of Lincoln Park and Lakeview are not included in the home area due to concerns from Aldermen Smith and Tunney about limited parking and large residential parking permit zones.

Active Trans supports the pilot program because it would give people more transportation options and potentially lead to less driving and fewer cars on the road.

The city says the goal of the pilot is to relieve congestion and reduce car dependency. Studies show car-sharing members drive less than private vehicle owners, and people are more likely to go car-free if options like free-floating car-sharing are available.

The ordinance requires the operator to regularly report data to city council to evaluate the service’s impact on car ownership, carbon emissions and parking availability. This is a critical requirement since the lack of data sharing from ride-hailing companies like Uber and Lyft in Chicago has prevented analysts from accurately evaluating the impact of those services on congestion and public transit ridership.

The city should be prepared to end the pilot if it’s not having the intended effects on vehicle miles traveled and car ownership. Our communities are safer, healthier, more sustainable and more equitable when fewer people are driving, and this pilot should help take us in the right direction.

Leaders also should consider dedicating any new revenue to upgrading public transit, biking and walking infrastructure. Public investment in all three modes continues to lag at every level of government despite growing public support and proven community benefits.

The pilot also shouldn’t prevent the city from further prioritizing street space – including parking spots – for non-auto modes. Chicago has less than four miles of dedicated bus lanes and the city’s implementation of protected bike lanes has slowed significantly in recent years.