It makes an important difference when communities and jurisdictions adopt Complete Streets policies.

Case in point: Thanks to the City of Des Plaines adopting a Complete Streets policy, the city was able to coordinate the rapid installation of an on-street bikeways project that ordinarily would not have been possible. 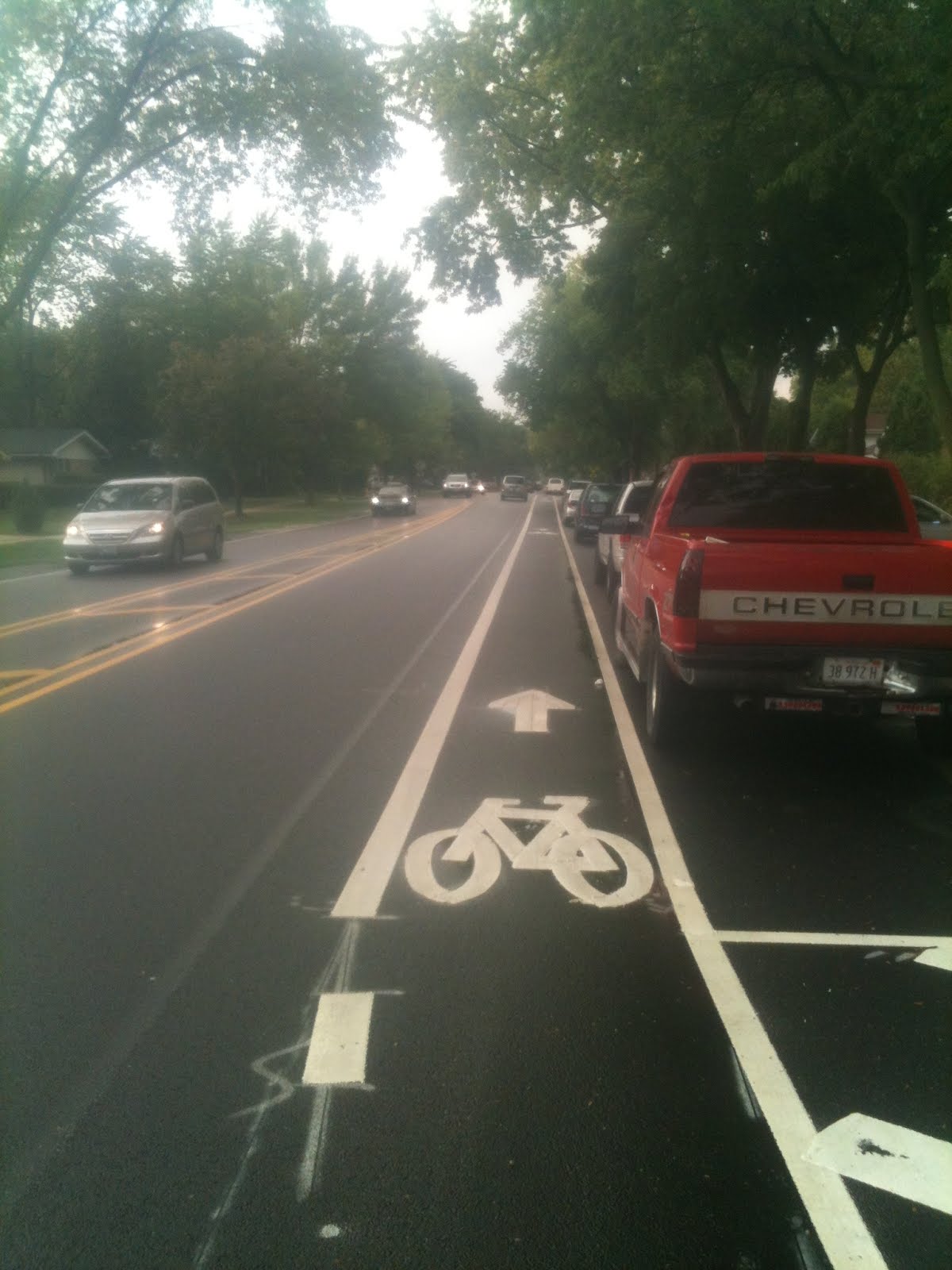 The Cook County Highway Department, which also has a Complete Streets policy, had planned a resurfacing project on Mt. Prospect Road, which borders the City of Des Plaines. When the city’s public works engineers were informed of the plans, they jumped at the opportunity for a Complete Streets improvement.

The result is a bike lane and a marked shared bike lane on Mount Prospect Road from Wisconsin Drive to Cranbrook Drive.

The nearly half-mile long stretch is part of Des Plaines’ long-term plans to create a bike-friendly community. The roadway was identified in the active transportation plan that Active Trans developed with the city in 2011.

Because two separate agencies have adopted the principles of Complete Streets, Des Plaines now has a bikeway that will connect two major regional corridors. These network connections are crucial to making healthy, active transportation an integral part of daily life for people in Des Plaines and the surrounding region. Without this inter-agency coordination, the city would likely have had to wait at least another five years for the installation of new pavement markings.