Home / Blog / Second stimulus is big win, but more work to do to save Chicago transit

Second stimulus is big win, but more work to do to save Chicago transit 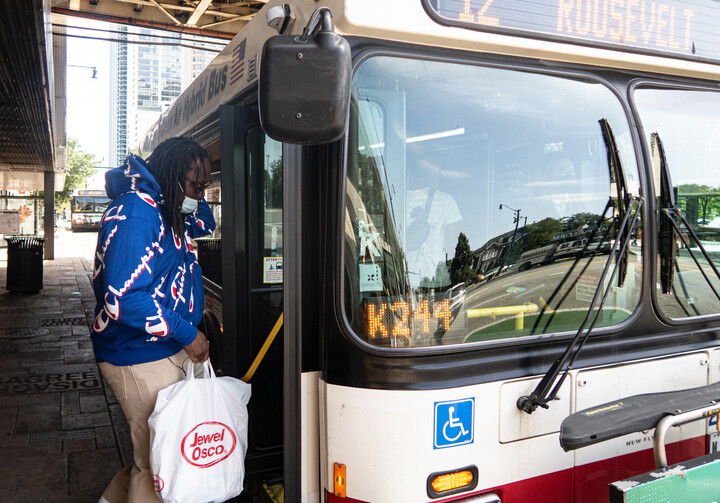 The money coming to Chicago-area transit agencies from the second federal COVID relief bill should help avoid major additional service cuts in 2021, but the fight is far from over.

The COVID-19 Economic Relief Bill, passed by Congress in late December, includes approximately $486 million in emergency support for Chicago transit. The regional transit budget shortfall for 2021 was about $500 million prior to this assistance.

Thank you to the hundreds of advocates across the region who took action urging our Congressional leaders to fight for transit. Over the last few months, our supporters generated more than 2,300 emails, phone calls, and Tweets to Congressional offices. Our Transit Justice Forum with Rep. Chuy Garcia helped further shine a light on the local need and the value of public transit to all Chicagoans.

This federal funding is crucial and it came at an important moment in time. Without these new funds, our transit agencies would have been forced to cut bus and train service further during the pandemic.

While CTA has been able to maintain regular service levels during the pandemic, both Metra and Pace have already cut nearly half their service.

Transit cuts harm the region’s most vulnerable residents, many of whom are Black and Brown. Cutting transit service would also lead to a surge in driving, which would be a step backwards in the health, safety, and sustainability of our communities.

In December CTA also announced a large-scale pilot to distribute free masks to riders who need one on buses and trains. Active Trans first called for free masks in July.

The federal bill also includes funding for state and local transportation departments. Active Trans and our partners will keep fighting for more investment in infrastructure that will make our streets safer for everyone walking and biking — during a time when more people are getting around on foot and bike.

HOW THE MONEY WILL BE SPENT

The Regional Transportation Authority, our region’s transit oversight body, says it will distribute the new funds using a “data-driven, transparent, and collaborative process with CTA, Metra, and Pace to sustain critical transit services, especially for the most transit-reliant riders.”

This would be a welcome change from how funding like this is typically distributed using an out-of-date, static formula. Regional leaders need to make sure this funding supports transit service in the communities that need it the most, where residents have continued to rely on transit to get around during the pandemic.

Essential workers in the Chicago area are disproportionately Black and Brown and more likely to ride transit to work. Their communities — which already lacked affordable, safe, and reliable transportation options — have been hit hardest by the pandemic.

Despite major revenue declines, CTA avoided service cuts in 2020 thanks to the initial round of relief funding in March. Metra and Pace also received federal funds in March but still had to cut nearly half of their service.

This latest bill should get the agencies though 2021, but pandemic-induced ridership and revenue losses are expected to extend in 2022 and beyond. Chicago transit will need more federal support.

One opportunity is the upcoming reauthorization of the federal transportation bill. Active Trans is part of a national coalition fighting for a greater share of funding for transit relative to highway spending, and long-term operating support for transit agencies.

Support for transit locally and at the state level also will be a crucial component in keeping our transit system functioning well. Here are some steps we would like to see locally and state wide:

You can support the fight for more reliable and affordable transit service during and after the pandemic by joining or renewing your membership today. You can also make a one-time donation.