Home / Blog / A proposal for a more equitable transit system

A proposal for a more equitable transit system 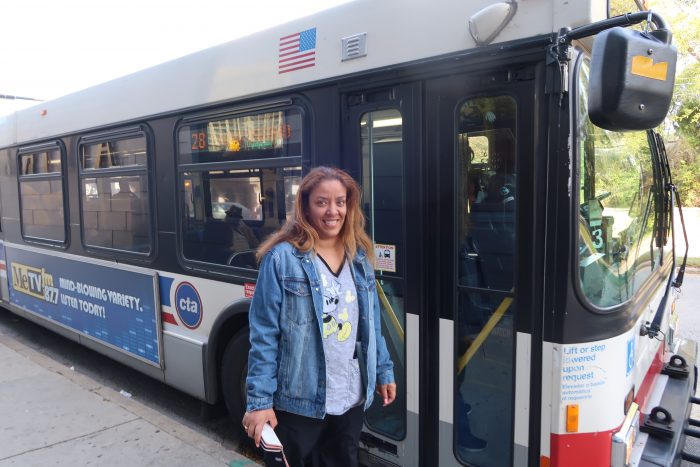 Yolanda Cruz lives in the Jeffrey Manor neighborhood on the Far South Side. She works part-time as a health aide in Hyde Park and buys a 7-day pass every week to get to work.

“You can’t buy a monthly pass when you have to think about paying your bills,” said Yolanda, pictured left.

Yolanda’s story, unfortunately, is not unique. Stories like hers are at the core of our new campaign.

This week, we are excited to launch our Fair Fares Chicagoland report detailing our research and list of policy recommendations for an equitable transit system. Our recommendations include fare capping, integrating fare collection, and testing the South Cook (Metra Electric and Rock Island) Fair Transit Pilot.

We urge elected officials — including Mayor Lightfoot, Governor Pritzker, and the Illinois State legislature, transit agencies and boards, and county presidents — to take bold action for equitable transit in our region.

Sign up to be a supporter of Fair Fares Chicagoland!

Nearly 700 residents surveyed on the South and West Sides

Our report includes the results of our survey, which we administered primarily in the South and West Sides, including in Englewood, Gage Park, and Little Village. Local canvassers helped us gather 654 survey responses from residents, which helped us better understand the transit needs of communities of color.

Of the respondents, 441 have an annual income of $25,000 or less. Ninety percent of those respondents said they would more likely use trains or buses if the cost was lower.

In addition to our survey data, we interviewed transit riders like Yolanda to capture their stories and to get a deeper sense of community perspectives on the affordability of transit. 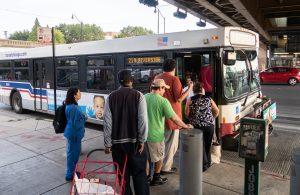 Based on our conversations and research, we put together a comprehensive list of recommendations that seek to address the inequities in our transit system. We wrote case studies of other cities doing similar work, such as the Fair Fares NYC and ORCA Lift in Seattle.

In our report, we offer estimates for costs, proposals for how to pay for it, and implementation strategies.

Investing in transit is critical

The benefits of accessible, affordable public transportation cannot be ignored, and we believe there is a great need for even more public subsidies to provide equitable fares and increased service to combat some of the biggest issues facing society — from climate change to segregation and institutionalized racism and income inequality.

Barriers to accessing transportation are detrimental to our region. The more interconnected we are, the more prosperous our region becomes.

Sign up to be a supporter of Fair Fares Chicagoland!