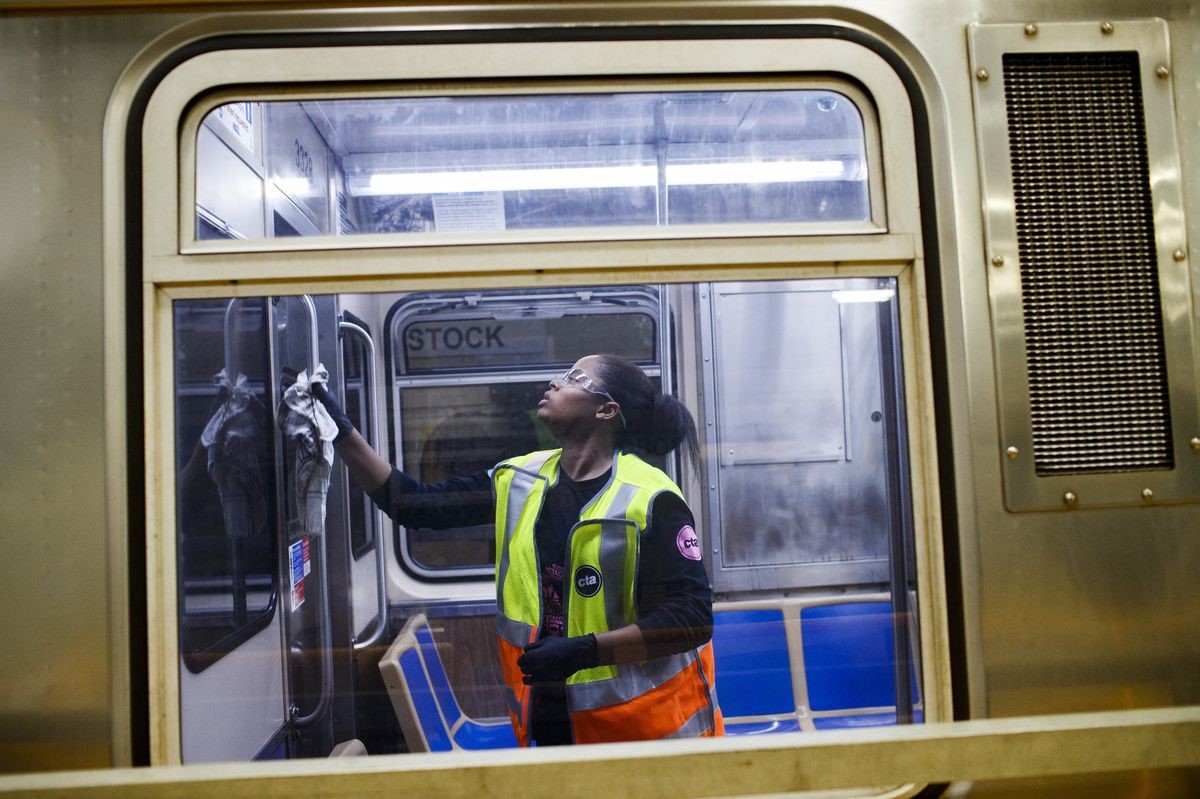 The COVID-19 pandemic has changed a lot of what we perceive and know about mobility and transportation.

In recent months, Active Trans met with more than 100 stakeholders who are invested in our work. We spoke with community partners, elected officials, department of transportation and transit agency officials, and residents across the city and suburbs.

As part of this process, we held a series of small-group conversations and solo conversations with stakeholders and elected officials on the city’s North Side. Though not all-encompassing, here’s a glimpse of what residents on the North Side are experiencing.

No matter what neighborhood people lived in or represented, a dominant sentiment that emerged was a general sense of stress and uncertainty with regards to getting around.

Several other overarching themes were:

At the time we conducted our interviews, communities already underserved by transit were being hardest hit by COVID-19 and people in those same communities were also more likely to be working as frontline essential workers.

In areas like Belmont Cragin where a lack of CTA train access is combined with slow and unreliable bus service, there was greater frustration about crowding on transit as COVID-19 rates were soaring.

Given the overall economic crisis and the fact that many families are struggling financially, it wasn’t a surprise that we heard praise for CTA allowing people to ride buses for free. One person shared, “With or without a pandemic, the cost is always the biggest challenge.”

Another participant offered that, “Chicago spends $4 million a day on police. It would cost a lot less to give free transit to all Chicagoans.” (Active Trans investigated the costs of providing free transit to youth and a discounted fare to low income Chicagoans in our Fair Fares Chicagoland report.)

There was praise for the transit rich areas of the North Side closer to the lake and there was some congestion reported on the Clark and Western bus routes.

Another participant lamented that, as a city, we have not taken advantage of spaces around public transit. The space can be used as an important asset for social distancing, as well as food access and housing.

Some people we spoke with reported that they had heard about people who were considering buying used cars. These considerations were prompted by concerns about virus transmission while riding transit and people’s frustrations with unpredictable transit service.

We heard from people concerned with sidewalk crowding and crowding while waiting to cross the street at an intersection. This was particularly a problem for families and groups that walk together. We also heard about an uptick in reckless driving, which added to the stress of walking.

Some people with spoke with — especially people in Albany Park — expressed concern for small local businesses that may not have store or sidewalk capacity to social distance, but need space to safely operate their business and maintain income. Some small businesses — including businesses in Six Corners — were already struggling before the pandemic,  and the pandemic may make matters worse.

We also heard concerns that sidewalk cafes have already taken over a lot of sidewalk space, especially in gentrifying communities like Logan Square, which leaves little room for wheelchair users and strollers to get by. There must be further local outreach done to determine how to meet accessibility standards while helping to support local businesses. With the huge barrier of the parking meter deal, expanding seating or sidewalk space into the street and removing parking spaces specifically is a challenge.

While bikes and paths that remained open were cited as assets overall, many felt there were few safe places to bike due to erratic driving behaviors and lack of safe infrastructure.

A local bike shop in Rogers Park emphasized the high demand and dwindling supply of affordable bikes, which is now a global issue highlighted by various news outlets.

A number of people we spoke with across the North Side noted an increase in biking. One participant shared, “People are walking and biking to save money while they get around, as well as for something to do.”

While the Lakefront Trail was closed, lakefront ward offices heard repeated requests to reopen the Lakefront Trail due to the density and congestion of foot traffic on sidewalks. The Lakefront Trail has since opened with a “keep moving” directive and social distance ambassadors on hand to provide guidance to users of the trail and surrounding parks.

People we spoke with called for centering environmental, racial, and economic justice in the COVID-19 recovery process. What that looks like in practice is complex and varied, but it’s clear that communities with more Black and Brown residents deserve more resources, including walking and biking infrastructure and transit service on the path to recovery.

Below are some of the many intersecting issues we heard about:

Thank you to those who took the time to speak with us about transportation, mobility needs, and creating a vision for a more resilient future. We look forward to advocating for and implementing that vision together:

Be sure to read the companion blog posts featuring Chicago’s West Side, Southwest Side, and South Side.

Not member of Active Trans? Please join us. People like you allow us to do the important of improving the sustainable transportation options in Chicagoland.