Transportation issues on the city’s West Side during COVID-19 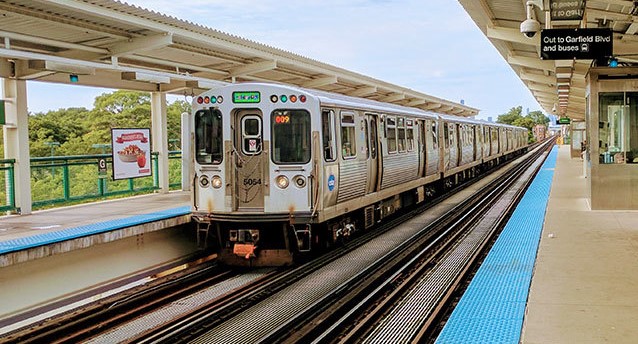 The COVID-19 pandemic has changed a lot of what we perceive and know about mobility and transportation.

In recent months, Active Trans met with more than 100 stakeholders who are invested in our work. We spoke with community partners, elected officials, department of transportation and transit agency officials, and residents across the city and suburbs.

As part of this process, we held a series of small-group conversations and solo conversations with stakeholders and an elected official on the city’s West Side. Though not all-encompassing, here’s a glimpse of what residents on the West Side are experiencing.

As changes are made to public transit to accommodate the needs of public health, one of the top concerns we heard on the West Side was the need to ensure the safety of those most marginalized, including people with disabilities and seniors.

People also expressed concerns about safety at bus stops in areas like Austin — a concern that has increased during the recent uptick in violence.

Residents and stakeholders also remarked on the following:

In regards to community safety, these are some of the details that emerged from our conversations:

In Garfield Park, there does not seem to be a great need for more room for walking and biking. Residents are seeing Douglas, Franklin, and Humboldt Parks being used for recreation, but overcrowding issues were not mentioned.

People pointed to a lack of bustling commercial corridors as one reason that overcrowding for people walking doesn’t seem to be an issue.

Here are some other details that emerged in our meetings:

To discuss biking as a form of movement for more people during the pandemic, the question of access to bikes has to be part of the conversation.

In Humboldt Park’s West Town Bikes, there has been an increase in sales and service of bikes. Despite this trend, access to bikes is an issue because the supply chains from China have been disrupted. There is also the issue of staffing at bike shops.

Our listening sessions were meant to help us understand mobility and transportation, but also the intersecting issues. Here are some topics that were raised in relation to issues that intersect with transportation:

Thank you to those who took the time to speak with us about transportation, mobility needs, and creating a vision for a more resilient future. We look forward to advocating for and implementing that vision together:

Please check out our companion blog posts that focus on Chicago’s South Side and Southwest Side.