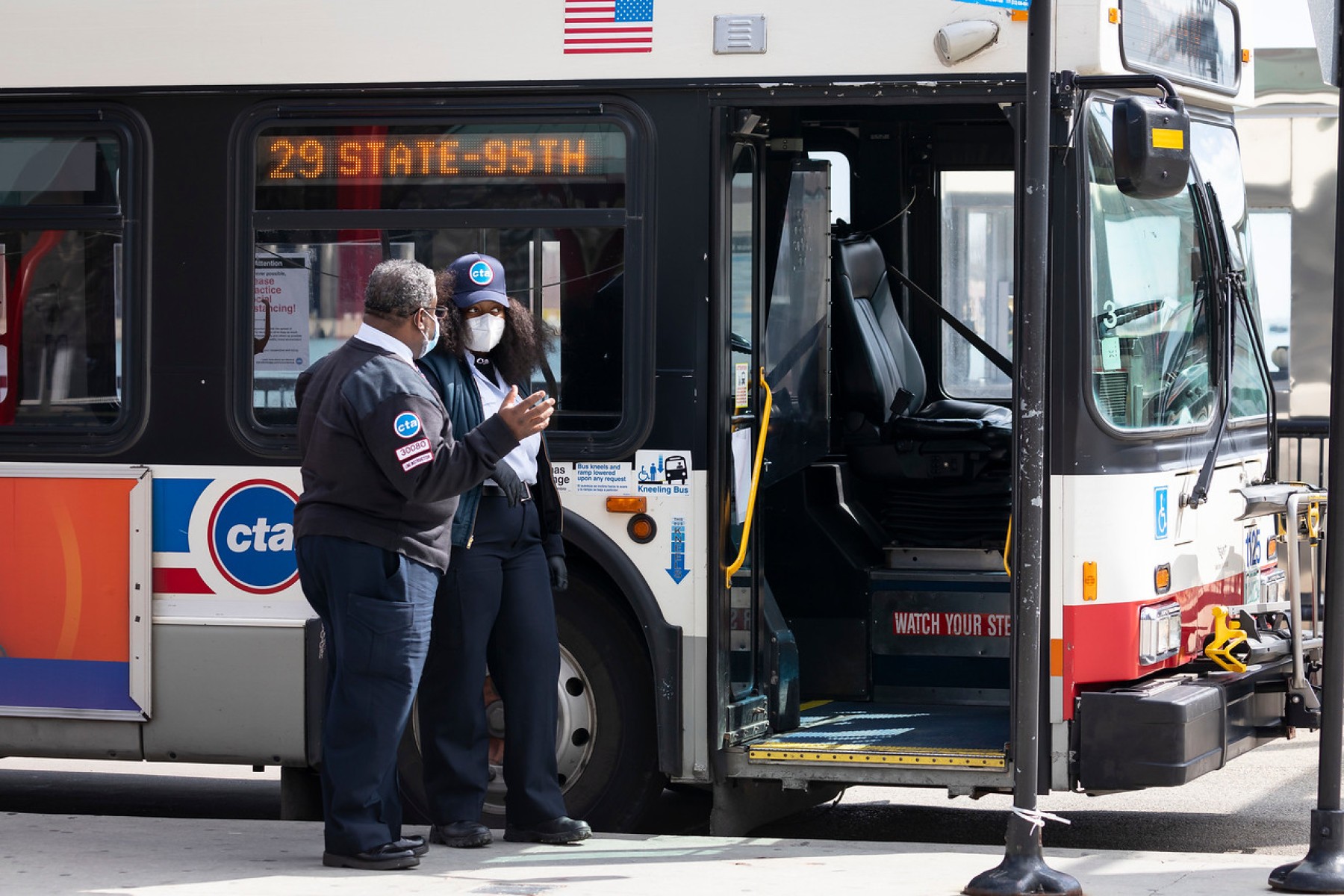 COVID-19 has impacted transportation and mobility in profound ways. To better understand the transportation needs of the people and communities most impacted by the pandemic, Active Trans embarked on a listening tour of over 100 community leaders and public officials. This is part of a series of blog posts sharing what we learned.

To learn more about the specific transportation and mobility challenges that people in Chicago face — particularly in the light of the COVID-19 pandemic — we held 11 conversations with community partners and elected officials on Chicago’s South Side.

We spoke with two state elected officials, three aldermen, and several community partners and leaders from Bronzeville, Chatham, the East Side, Englewood, Hegewisch, Hyde Park, Riverdale, South Chicago, South Deering, South Shore, and Woodlawn (see below for many of the people’s names).

Throughout these conversations, we heard about the array of transportation challenges confronting people in communities across the South Side. We also heard about the assets and strengths that exist in these communities. Reverberating throughout the conversations was discussion of the differences among neighborhoods, particularly in terms of housing density and needs.

Throughout the conversations, one important lesson become crystal clear: The pandemic not only created new challenges for people getting around, but it also laid bare the inequities that have existed for years within our region’s transportation network.

Bus reliability and crowding: Compared to the North side of Chicago, the decline in transit ridership was smaller on the South Side during the stay-at-home order. This is because many Black and Brown essential workers live on the South Side and rely on transit as their primary mode of travel. 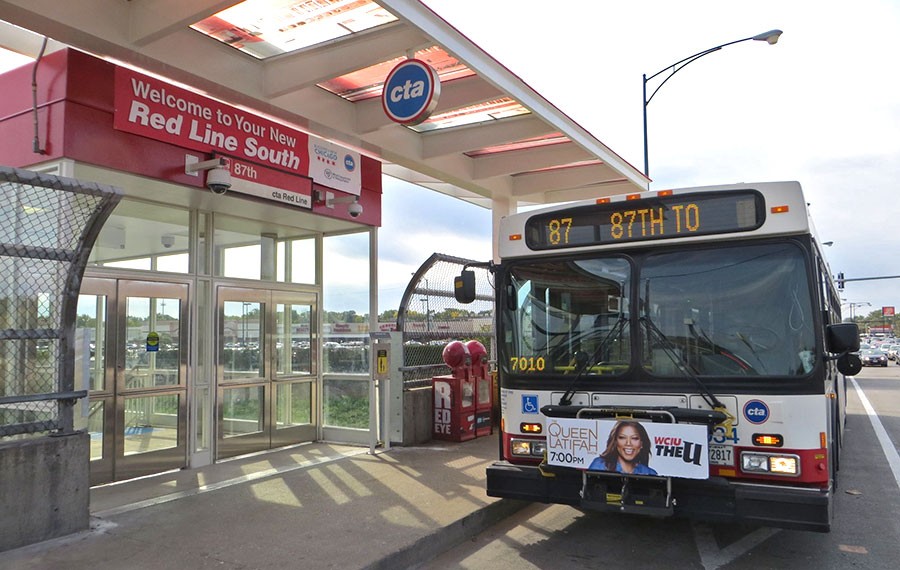 While we heard praise for CTA for maintaining levels of service throughout the entire stay-at-home order, there was frustration with the lack of reliability, including complaints of not knowing when buses would be too full to pick up additional passengers or when the next bus would be coming.

Pace buses, several of which run through the South Side, were also crowded. This wasn’t terribly surprising given their lower frequency compared to most CTA buses and the fact that they serve areas that have few other options for getting around.

We also heard reports of crowding at bus stops along routes such as #79th, #63rd, and #4 Cottage Grove and calls for more safe, clean, and welcoming spaces where people wait for buses, rather than a sliver of an overcrowded sidewalk next to a dangerous road.

Suspension of fares: During the period when Pace buses and CTA buses were temporarily fare-free, we heard people express great relief about being able to reach essential services even as their financial situations continued to be strained. With most destinations closed due to the stay-at-home order, a few participants shared accounts of riding transit due to having no other safe place to go and feeling uncomfortable in shelters for a myriad of reasons

Several South Side residents called for training for bus drivers to be more empathetic, especially when interacting with people experiencing homelessness.

Some people expressed concerns around accessing masks and wondered if transit agencies could hand them out since they are required to ride, but not enforced.

Some participants also shared that they or people they know have been opting to take ride hailing despite financial strain, or they have been using carpooling rather than taking transit. While ride hailing and carpooling are more expensive, they wanted to use a safer transportation alternative with less risk of exposure to COVID-19.

Paratransit: Paratransit capacity, in contrast to fixed-route service, has been limited during the pandemic. It’s dropped from an average of 18,000 average trips per weekday to 5,000 due to only being able to accommodate one rider at a time.

We know that biking is often overlooked and under-reported in Black communities. A Bronzeville bike shop owner shared that business has been booming to the point of being overwhelmed, with many essential workers looking for tune ups and families and young people seeking alternative ways to get around.

One participant shared that a cultural stigma persists in the Black community that if you bike rather than drive, you are “that crusty uncle who can’t do any better.”

Another participant shared that Divvy is “criminally underused,” while another bemoaned yet another delay in expanding Divvy service to their community on the far South Side.

There was also a suggestion of utilizing scooters as a way to help people get around for short neighborhood trips more easily during the shutdown. 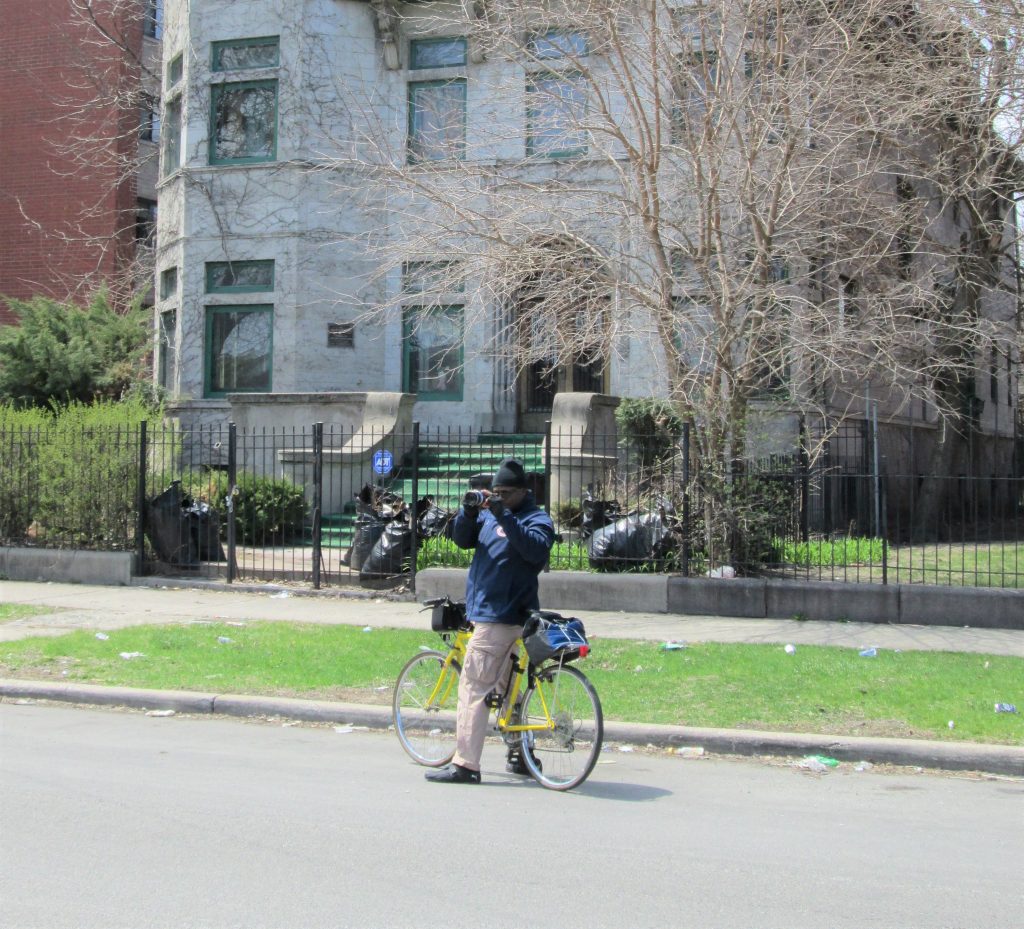 While some participants did not mention biking at all, others noted that especially with the Lakefront Trail being shut down, there was a critical need for safer infrastructure for people biking.

The limited bike infrastructure that does exist seemed to be most utilized by food delivery workers, according to some reports. Others spoke of a lack of a network of bike facilities, especially in connecting to existing bikeways such as the Major Taylor Trail, and the need to promote and educate local residents on assets that do exist.

The wish to see an expansion of  protected bike lanes that are welcoming to all ages and abilities was a theme among the few participants who mentioned biking.

ISSUES THAT INTERSECT WITH TRANSPORTATION

Most of the Black and Brown participants expressed anxieties around enforcement – from enforcing social distancing guidelines to enforcement at potential ”open or shared streets.”

As history has shown and as advocates of color have expressed, “’safe streets’ are not safe for Black lives.” When stepping outside their homes and travelling around their communities, the participants shared that these concerns about enforcement were on their mind.

Other critical intersectional needs that emerged through these conversations included

Many of the challenges shared by the participants existed prior to the COVID-19 pandemic and are a result of segregation, systemic and institutional racism, and decades of inadequate investment in infrastructure for public transportation, walking, and biking.

When discussing solutions to this array of challenges, participants highlighted increased public investment in the built environment, improved communication by meeting people where they are at, and relationship building.

Some final recommendations in the words of participants:

Thank you to those who took the time to speak with us about the transportation, mobility needs, and creating a vision for a more resilient future. We look forward to advocating for and implementing that vision together:

Please take a look at our companion blog posts focusing on Chicago’s Southwest Side and West Side.