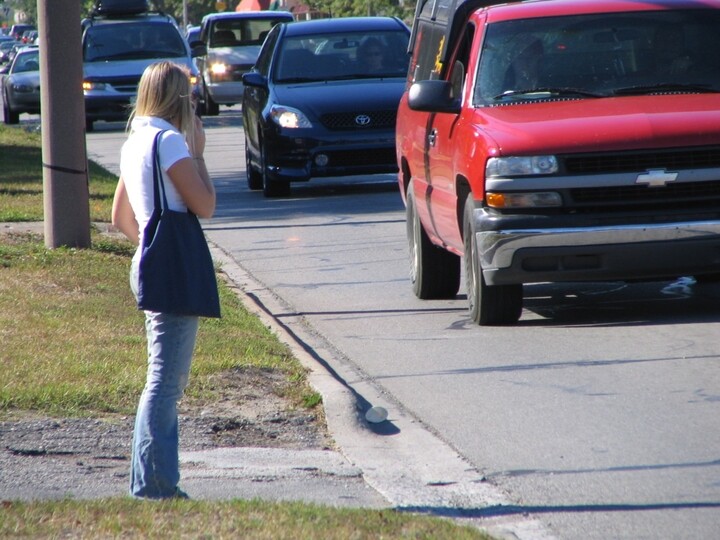 Illinois law now requires the state to cover 100 percent of the cost of walking and biking infrastructure when it’s needed on state roads.

Illinois House Bill 270 took effect on Tuesday, August 30, after it passed the legislature in May with strong bipartisan majorities.

Until now, Illinois policy dictated that when a state road is getting rebuilt, municipalities had to cover 20 percent of the cost of needed walking and biking infrastructure.

This resulted in critical elements like sidewalks and bike lanes getting stripped out of the final design because towns couldn’t afford the match — especially low-income communities.

Now, thanks to the efforts of hundreds of advocates from across the state and several key legislative champions, that can’t happen.

High-speed, super-sized state roads are often the most dangerous streets in communities across Illinois. Still, many people use them for walking and biking because they are home to popular daily destinations like jobs, schools, grocery scores, and healthcare centers.

Special thanks to chief sponsors:

Several other leaders helped ensure the passing of this legislation:

This victory is a milestone for safer streets and a more fair and sustainable transportation network. But as the climate crisis and rising crash rates demonstrate, there’s much more work to be done.

Show your support for healthier, more sustainable, and more equitable communities by joining or renewing your membership today. You can also make a one-time donation.