Impacts of the transit shutdown 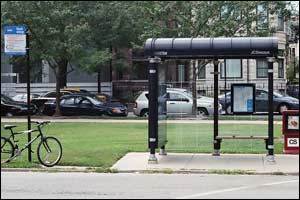 At the end of May and in early June, in an unprecedented move, the City of Chicago and transit agencies decided to halt all its bus and train service with little to no warning for people around the city.

To get a better understanding of what happens when a transit system suddenly stops providing its crucial service, Active Transportation Alliance collected stories from residents on how the shutdown affected their lives.

Responses came from a wide range of people—from nurses to gas station workers, to protesters and people just trying to get to the grocery store. Here are some of the stories they shared (some people preferred not to be identified).

We share these stories of the impacts of the transit shutdown of 2020 because they illustrate how essential our transit system is for the people of Chicago every single day.

The decision to shut down transit with little notice prevented people from taking needed trips and showed no regard for those who rely on the system for their everyday essential needs.

This post was written by Rylen Clark, Bus Organizing Fellow at the Active Transportation Alliance, based off the interviews they conducted with survey respondents.