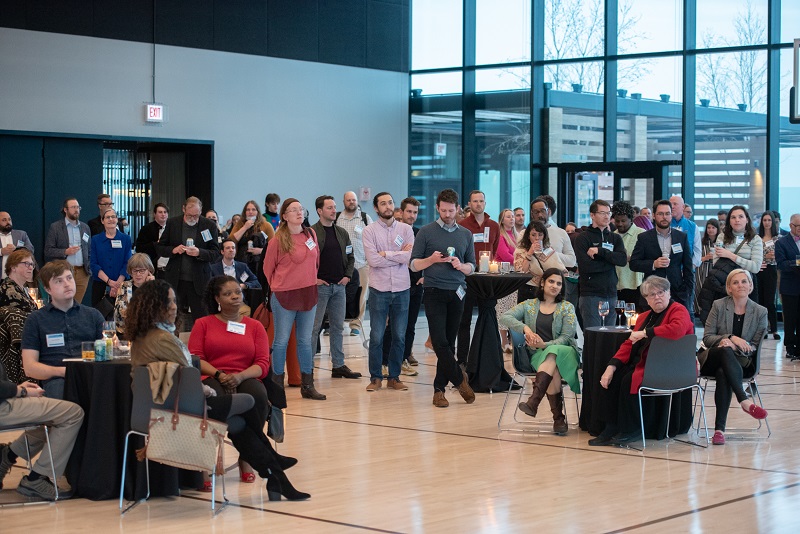 The recent 2022 Active Trans Awards Reception provided an opportunity for advocates and supporters to celebrate the work of Active Trans and reconnect with one another.

The focus of the evening, however, was to recognize the local people who are putting us on a better path for getting around.

These champions of sustainable transportation deserve our appreciation and support for making walking, biking, and riding transit easier, safer, and more equitable.

Ralph Banasiak, pictured above, received the Public Service Award for his regular columns in the Daily Herald that cast a spotlight on the local people and groups working to improve walking and biking in the region.

As one of the nation’s few bicycling columnists featured in a traditional newspaper, Banasiak says he not only wants to inspire more people to cycle, but he also wants to spur more mainstream reporting of sustainable modes of transportation.

For her efforts to make public transit stations accessible to people with disabilities, Active Trans honored US Senator Tammy Duckworth with its Public Leadership Award.

Duckworth is responsible for including in the bipartisan infrastructure law $1.75 billion that will jump-start the process for bringing bus, train, and subway stations around the nation into compliance with the Americans with Disabilities Act.

Duckworth accepted the award via a prerecorded video, featured above. “Every day I am appreciative for all of [Active Trans’] hard work in helping to make our community’s infrastructure safer and more accessible, no matter if we’re getting down the street by walking, biking, or rolling,” she said. 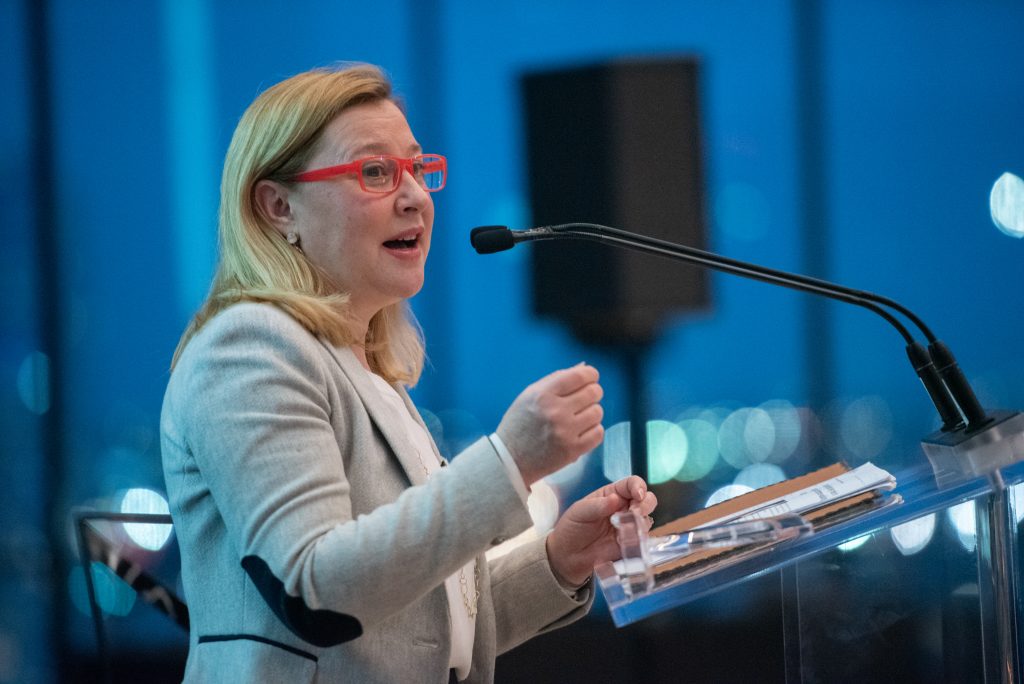 Active Trans honored Illinois State Rep. Anna Moeller with its Public Leadership Award for her role as the chief sponsor of state legislation that will bring better walking and biking options to state roads. The legislation requires the Illinois Department of Transportation to pay all the costs of walking and biking improvements on state roads — as it does for driving-related infrastructure.

“My hope is that we see a better distribution of walking and biking infrastructure and find many more opportunities to add critical safety infrastructure,” said Rep. Moeller, pictured above. “If it weren’t for this organization and all of you reaching out to legislators and writing letters to the editor, and letting people know just how important this bill was, this bill wouldn’t have happened.” 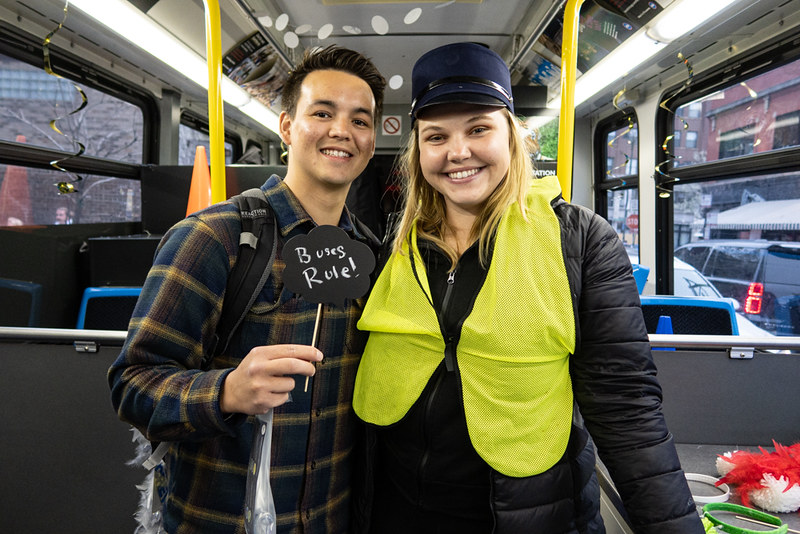 As part of the event, the CTA provided a bus photo booth that made for loads of fun. 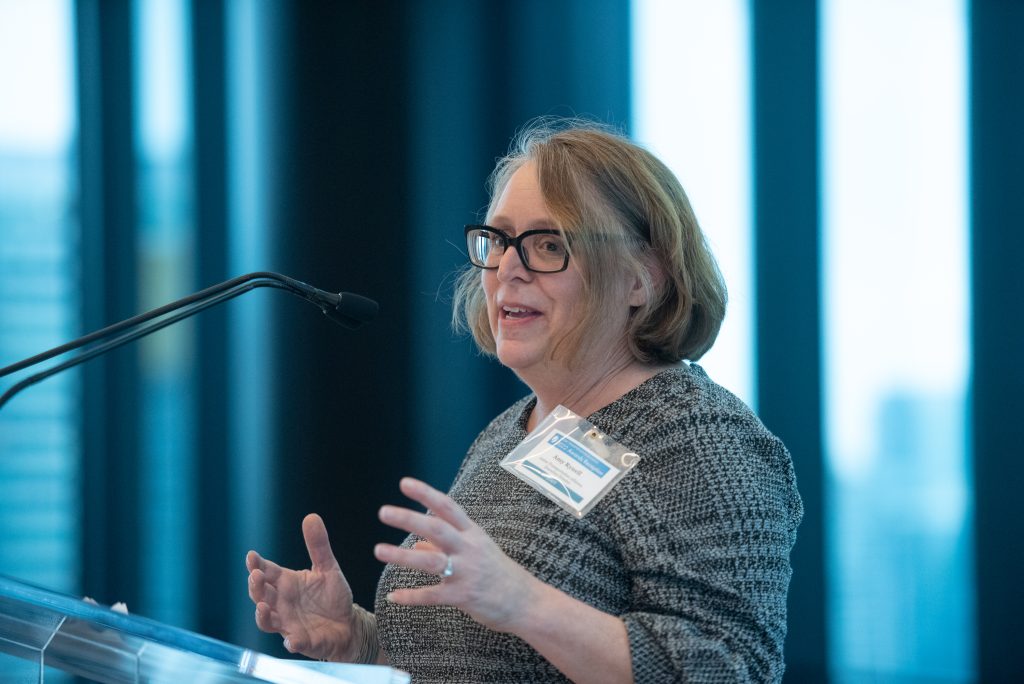 “We are in an extraordinary moment in time — of once-in-a-lifetime federal, state, and local dollars available to transform our built environment,” said Active Trans Executive Director Amy Rynell, pictured above. “And not a moment too soon relative to climate change and transportation being our the single greatest source of greenhouse gas emissions. This is the moment for Chicago to do what it has always done best — reinvent our transportation infrastructure, but this time for a greener, more equitable future.” 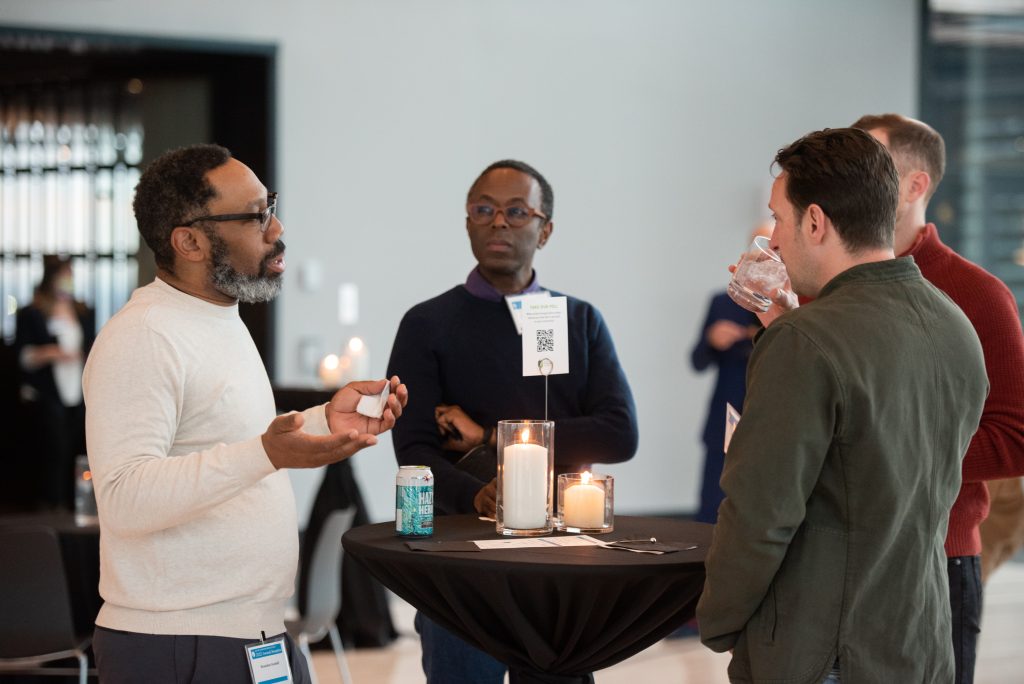 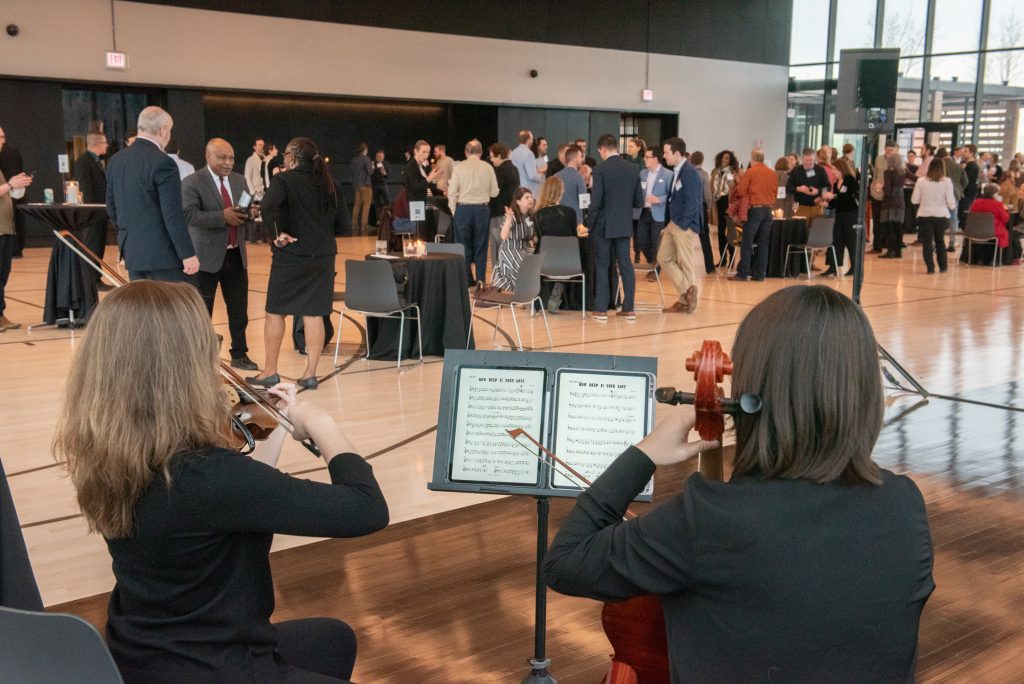 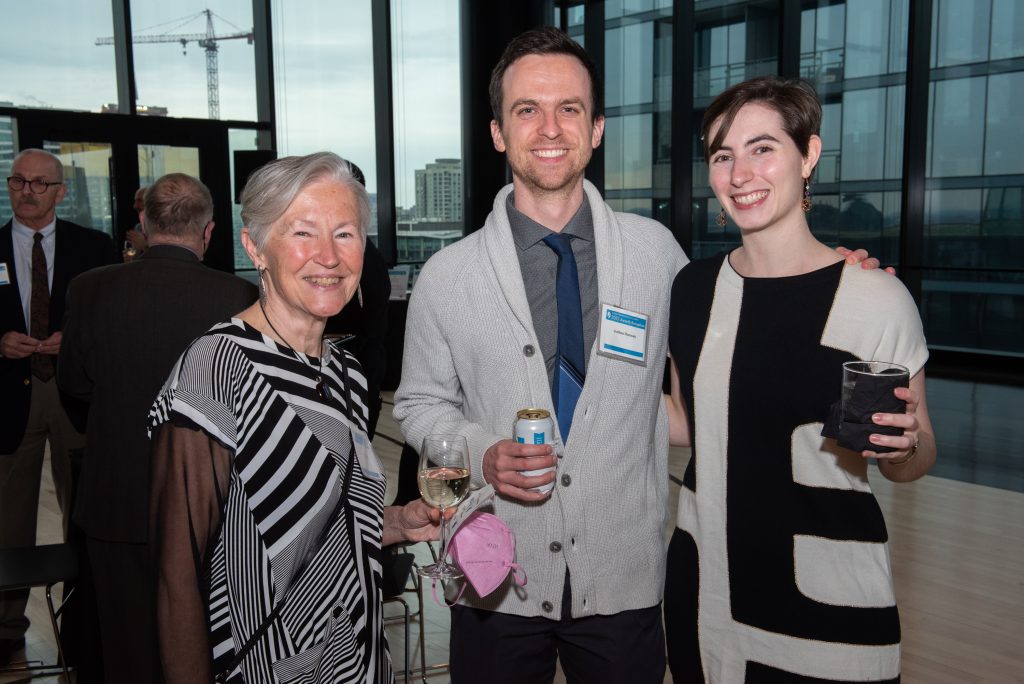 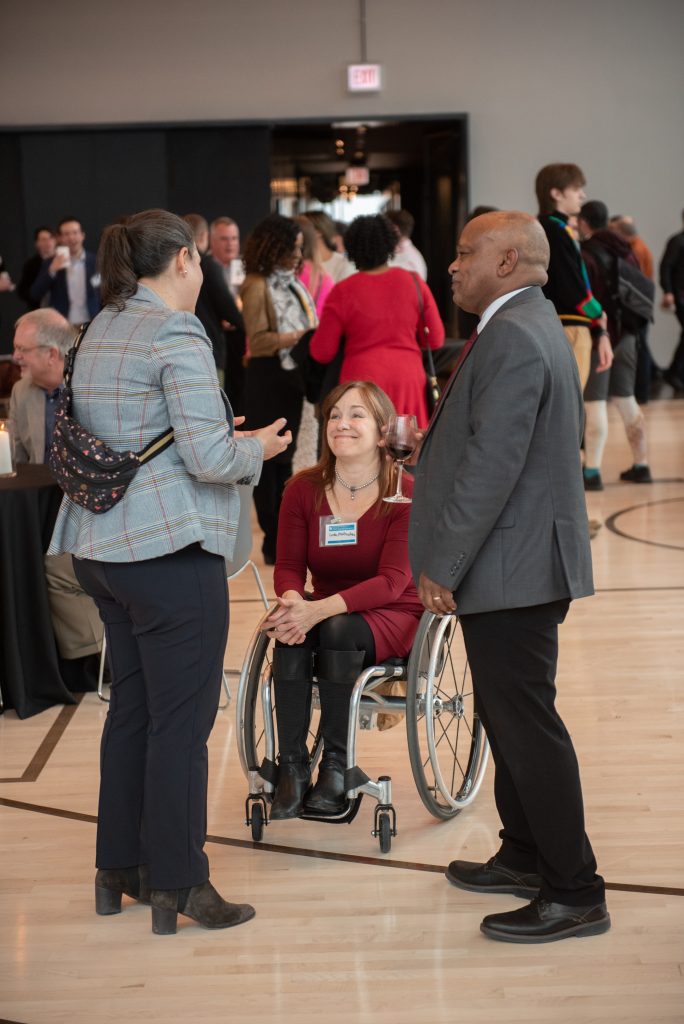 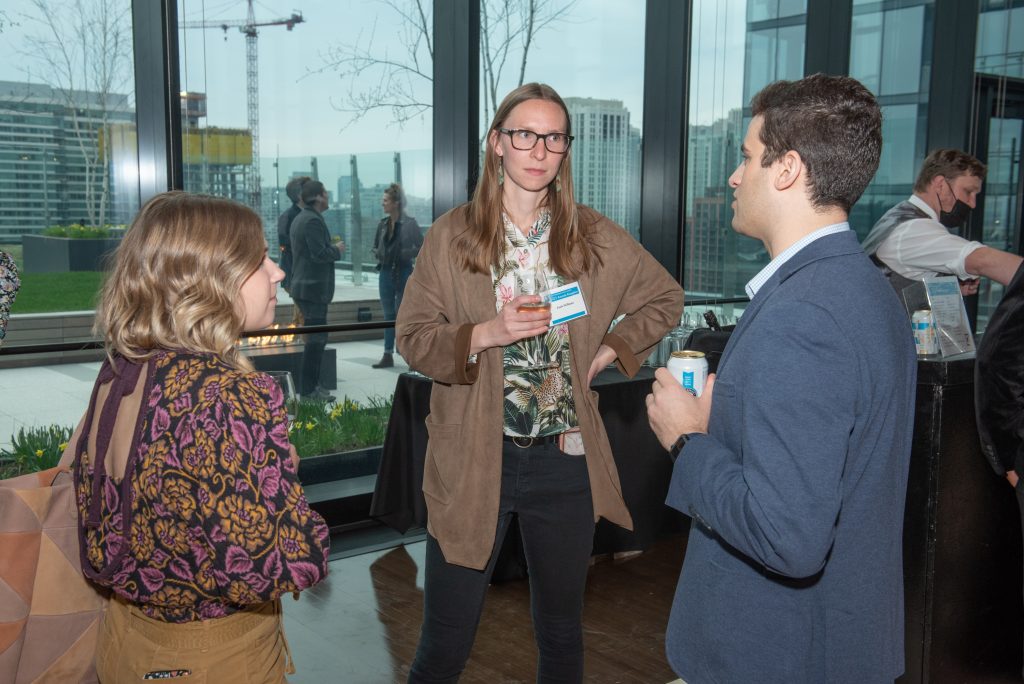 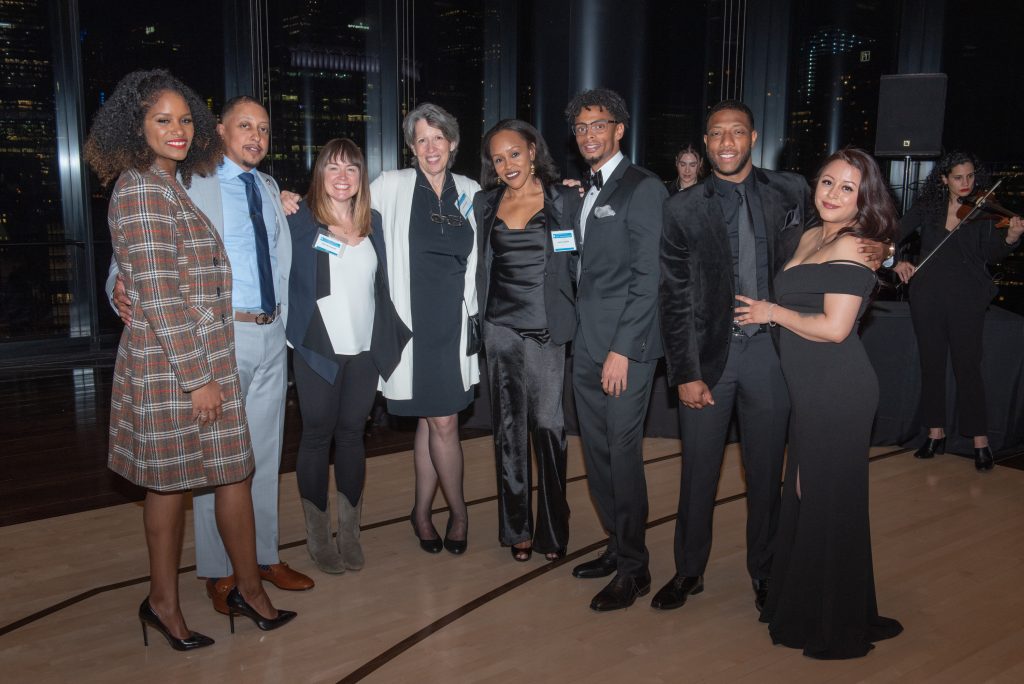 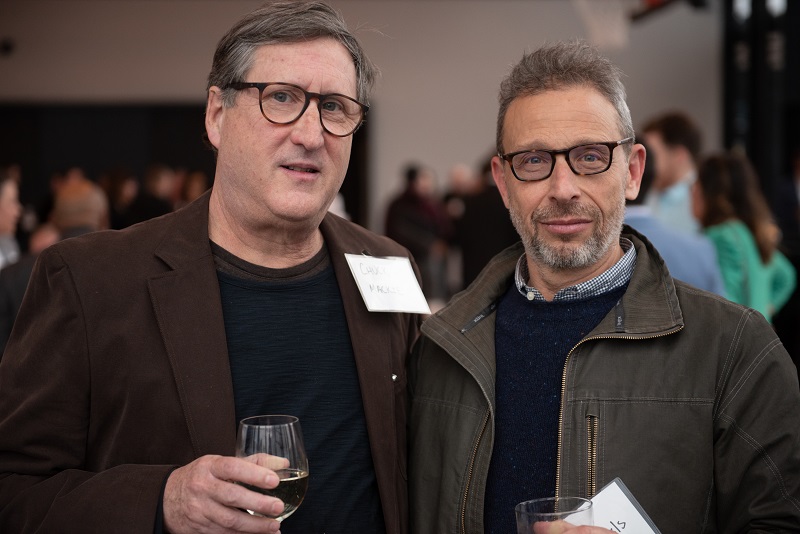 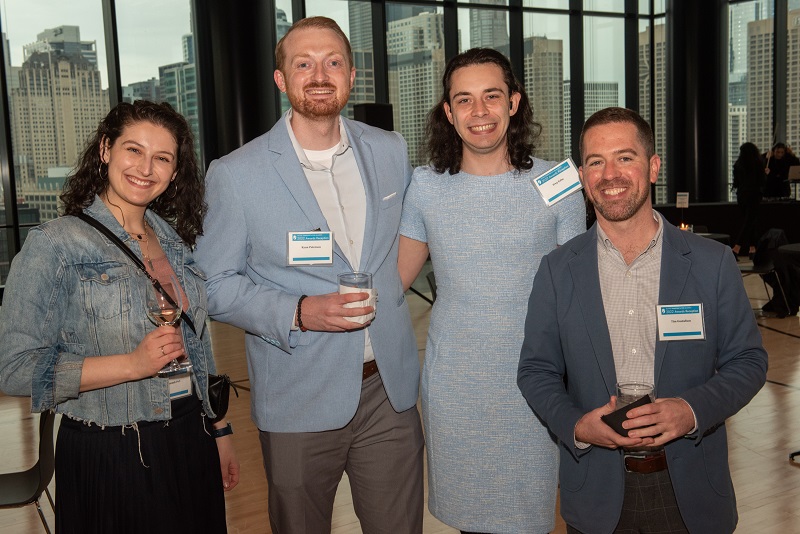 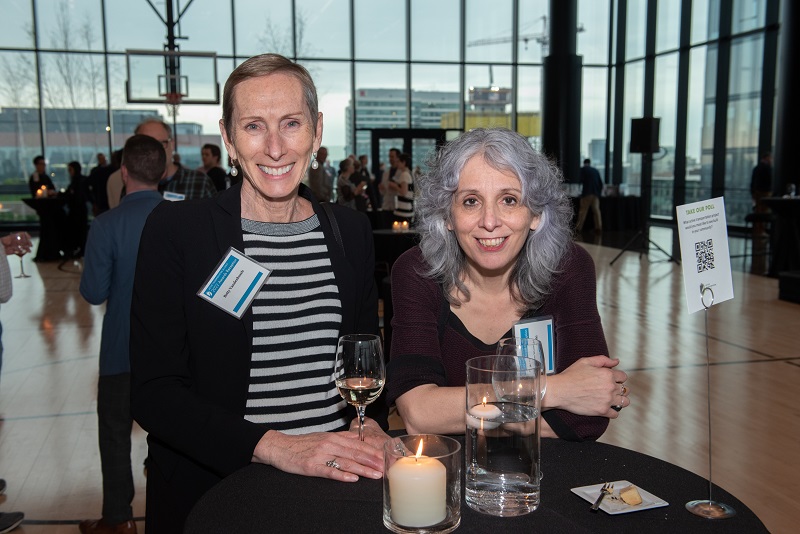 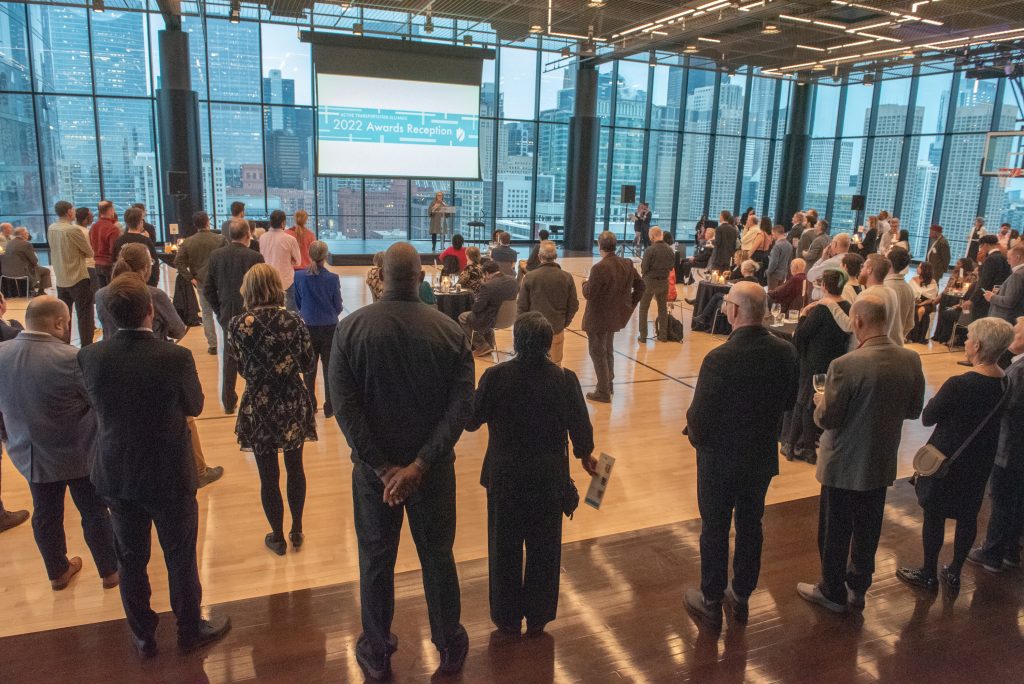 A heartfelt thanks to everyone who attended this annual Active Trans event. Thanks to you, we were able to exceed our fundraising goal that will support powerful movement building and advocacy in the coming year.

Want to get involved?

All photos, except for fifth photo down, courtesy of Steven Gross.