Home / Blog / Sen. Duckworth to be honored at Active Trans event on April 28

Sen. Duckworth to be honored at Active Trans event on April 28 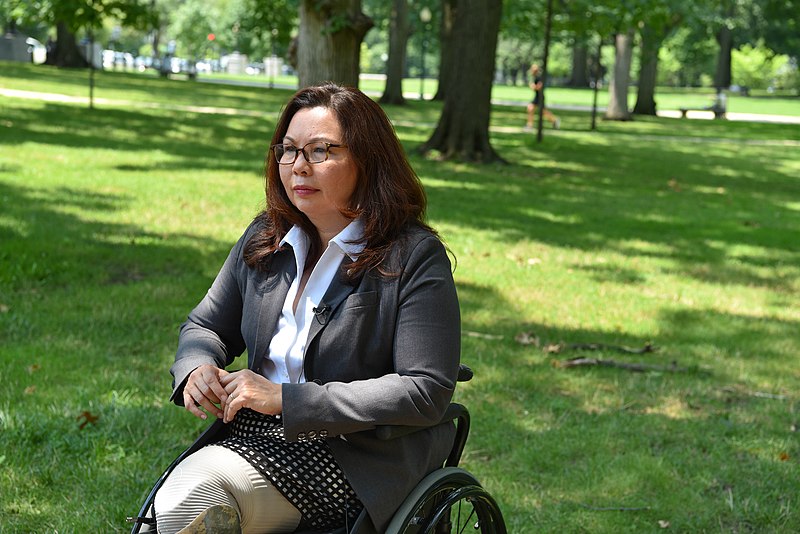 For her efforts to make public transit stations accessible to people with disabilities, Active Trans will be honoring US Senator Tammy Duckworth with a Public Leadership Award at our Awards Reception on April 28.

Thanks to Sen. Duckworth, the Bipartisan Infrastructure Law includes funding that will jump-start the process for bringing bus, train, and subway stations around the nation into compliance with the Americans with Disabilities Act (ADA).

Credit goes to Sen. Duckworth for getting funding for ASAP into the infrastructure bill and working with the Chicago-based organization Access Living and transit and disability rights advocates from across the country to ensure its passage.

ASAP is not the only part of the infrastructure law that will benefit public transit. In fact, the legislation contains the largest ever federal investment in public transit.

In the Chicago region, this influx of transit funding will allow the city to advance long-promised projects like the Red Line Extension and a network of bus priority streets.

Active Trans recently asked the senator about this groundbreaking legislation and what it means for people with disabilities and for our transit system.

Active Trans: What’s the impact when people with disabilities are unable to use the public transit system?

What would it mean for people with disabilities to have full access to all transit stations?

It means that they would get the same basic rights. It would mean that finally we could live up to what the ADA directed would happen more than 30 years ago. It’s unconscionable that it’s been over 30 years since the passage of ADA and people with disabilities still don’t have the freedom to move around with the same range of options as anyone else. Just because you have a disability doesn’t mean you’re not deserving of those options and the same basic rights as all Americans.

You’ve said that the All Stations Accessibility Program was partly inspired by a CTA’s Station Accessibility Plan. Could you tell us a bit about that?

I’ve been frustrated by public transit for a long time — I can’t ride the ‘L’ because I never know if a station is going to be accessible or not. But this isn’t just a Chicago problem — it’s a problem in Washington D.C., in New York, and for so many of our legacy transit systems. As a strong supporter of public transportation, it’s been frustrating to not be able to rely on these systems.

How would you like to see funding continue for this program?

How does your work on transit accessibility relate to your broader transportation goals in terms of making our network more sustainable and safer for people walking and biking?

My goal is to have a world class transportation system in this country, and frankly, we don’t have that right now. We can’t compete with many European nations, and we can’t compete with the likes of Japan or South Korea when it comes to public transportation systems. We can’t expect to be a global economic leader if we can’t get to work in a reliable way.

Ensuring our transit systems are reliable and accessible isn’t just about helping Americans with disabilities, it’s about improving the quality of life for all of us. It’s about the environment. And it’s about us as a nation competing on a global scale.

Please join us for the 2022 Active Transportation Alliance Awards Reception on April 28. The event will be held at 167 Green Street in Chicago.