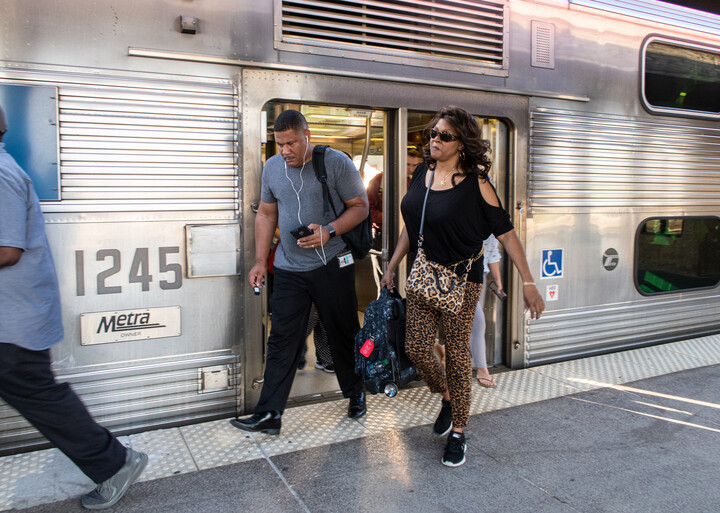 A new tool illustrates how longstanding patterns of segregation and discrimination in public policy have caused transit access for Black and Brown residents to lag behind access for White residents.

The Transit Equity Dashboard, produced by the national foundation TransitCenter, maps and quantifies the disparities in transit access caused by segregation and discrimination in land use and transportation policy. TransitCenter helps fund and support local transit advocacy organizations like Active Trans and the Center for Neighborhood Technology (CNT).

The COVID crisis made racial inequities in public health and economic status very plain. Good transit helps address these disparities by opening up access to jobs, education, medical care, and other necessities.

But disparities in transit access linked to race and economic status undermine transit’s function as a “ladder of opportunity.”

As the process of reopening accelerates in greater Chicago, Active Trans, CNT, and advocates from across the region call on political leaders to prioritize public investments that will shrink gaps in transit access and put the region on the path to a just recovery.

The city’s recently-launched Chicago Works 5-year capital plan provides an opportunity to pursue the transformative investments needed to increase transit access for the highest-need residents. Unfortunately, that plan currently lacks the focus and transparency needed to achieve its equity and sustainability goals.

In addition to job access, the dashboard measures transit access to hospitals, grocery stores, parks, and colleges, reflecting the fact that most trips are not commute trips, and that equitable transit enables people to access more than the workplace. Key findings include:

Achieving more equitable transit in greater Chicago will require changes to both the broad sweep of transportation and land use and the specifics of transit operations and fare policy. Advocates have proposed reforms to remediate the racial and economic divides in the region’s transit access, including:

Transit agencies and local governments in the Chicago region should also adopt new performance targets that measure inequities like those identified by this dashboard, and assess progress toward equitable transit access.

Everyone in the Chicago region should be able to get where they need to go on public transit, regardless of where they live.

This analysis proves elected officials and agency leaders have much more work to do to repair our region’s legacy of racism and discrimination in transportation planning and investing.

Getting the Illinois Department of Transportation to eliminate its 20 percent local match requirement for walking and biking improvements on state roads was a... Learn More

Chicago ranked near bottom of list of bike-friendly big cities