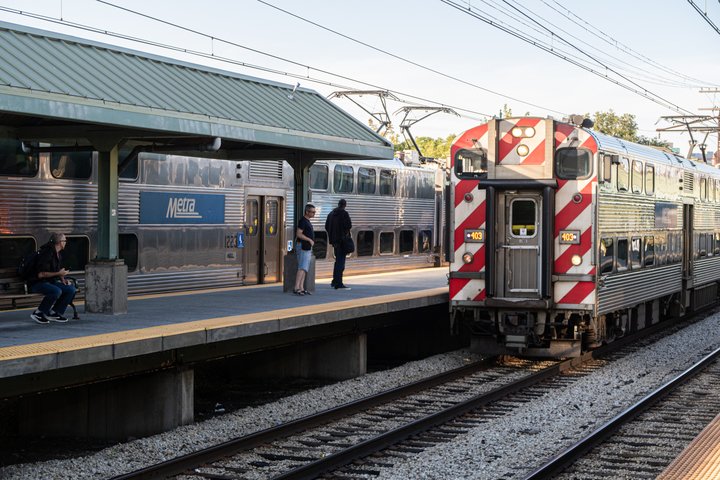 The Coalition for a Modern Metra Electric was founded about five years ago with the core question, “What would it take to get more Chicagoans riding Metra?”

Comprised of nine initial organizations, the coalition was founded with the vision of the Metra Electric line serving as a high-speed rail line, better connecting South Side communities to hubs like downtown and O’Hare Airport.

Next month Active Trans will be honoring this plucky organization for its efforts to improve many people’s lives on Chicago’s South Side. The award will be presented at our annual awards reception held at the tech incubator, 1871.

Currently with twenty members (including Active Trans), the coalition’s vision and goals have expanded and now include the Rock Island Metra line.

“First step is to get fares aligned with CTA fares,” said Linda Thisted, one of the founding members and current co-chair of the coalition.

The coalition also wants to see trains running every 15 minutes like a rapid transit line and they want seamless transfers and coordinated connections with Pace and CTA service for Metra Electric passengers.

“This is one of those weird things that if you’ve never had something like this, you don’t know what you’re missing,” said Thisted. “You don’t know that on the North Side people can jump on the train and jump off, and you don’t have to worry about a schedule because they come every ten minutes.” 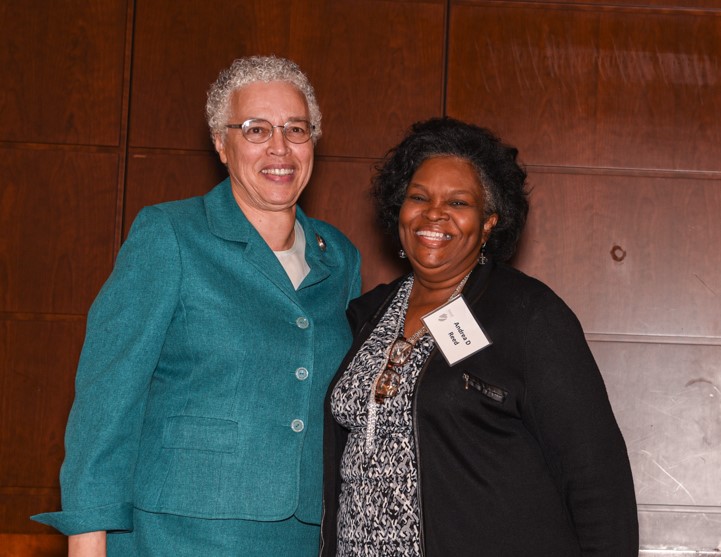 Last year, the coalition’s campaign took a promising turn when the Cook County Department of Transportation offered to fund a three-year demonstration project that would cover the costs of lowering fares and increasing service on the Metra Electric and Rock Island lines.

The proposal — which seemed like a great win for the coalition — is unfortunately at a standstill. The offer hit a wall when Mayor Lori Lightfoot and CTA expressed concerns about declining ridership on CTA if the proposal were to move forward.

“We [won’t] have a big victory until Metra and CTA sit down at the table and roll up their sleeves and say, ‘Let’s make this work.’” said Thisted.

Andrea Reed, one of the other founding coalition members and current co-chair, said the issues they are bringing up are essentially about resource distribution.

“In modern times, how do you cut off people off from certain resources?” she asked. “That is exactly what has happened.”

Reed said that the coalition’s work has the potential to impact the entire city.

“It’s not just about us on the South Side,” she said. “It [would] make the city more equitable. It needs to happen.”

“We aren’t in competition with the Red Line,” Reed said. “We are looking at this as an opportunity for the Metra to become an additional mode of transportation — not to compete.”

When Cook County Board President Toni Preckwinkle spoke at the recent Active Trans annual member meeting, she emphasized that the Metra Electric pilot project will help to advance equitable transportation in the county.

“We know that the playing field is not level when it comes to transit,” Preckwinkle said. “I knew from talking to residents in the South Suburbs that they struggled when it came to transit.”

In an effort to require the CTA to participate in the pilot project, the coalition has gotten behind two legislative bills: House Bill 3834, sponsored by Rep. Marcus Evans Jr, and Senate Bill 2277, sponsored by Sen. Bill Cunningham. 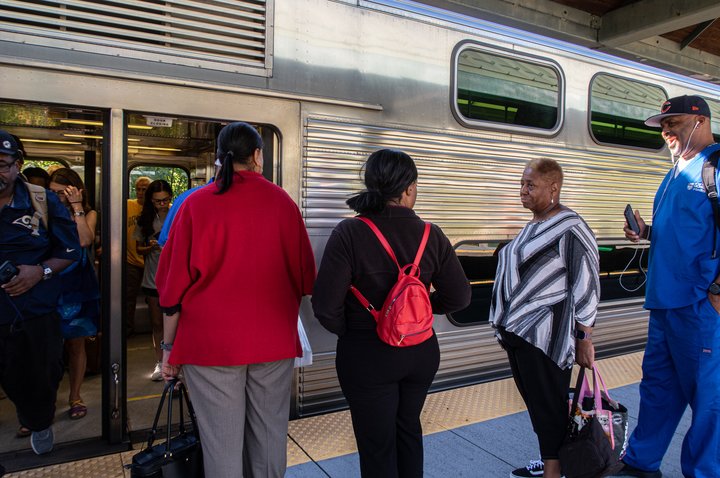 Reed said that she hopes a victory for the campaign means starting to reverse the deep inequities on the South Side. “This transportation issue became very important to me because I connected the dots right away and I could see how important this is and this needs to change.”

Join the effort to improve South Side Metra: Please tell your elected officials you support better service and lower fares on Metra’s Electric and Rock Island Lines. Learn more and sign on to the campaign.

Learn more about the Metra Electric pilot project at a community meeting on February 13.

Middle photo above: Cook County board President Toni Preckwinkle (left) pictured with Andrea Reed, co-chair of the Coalition for a Modern Metra Electric, at the recent Active Trans member meeting.