Home / Blog / Leaders should get on board with Metra Electric pilot

Leaders should get on board with Metra Electric pilot 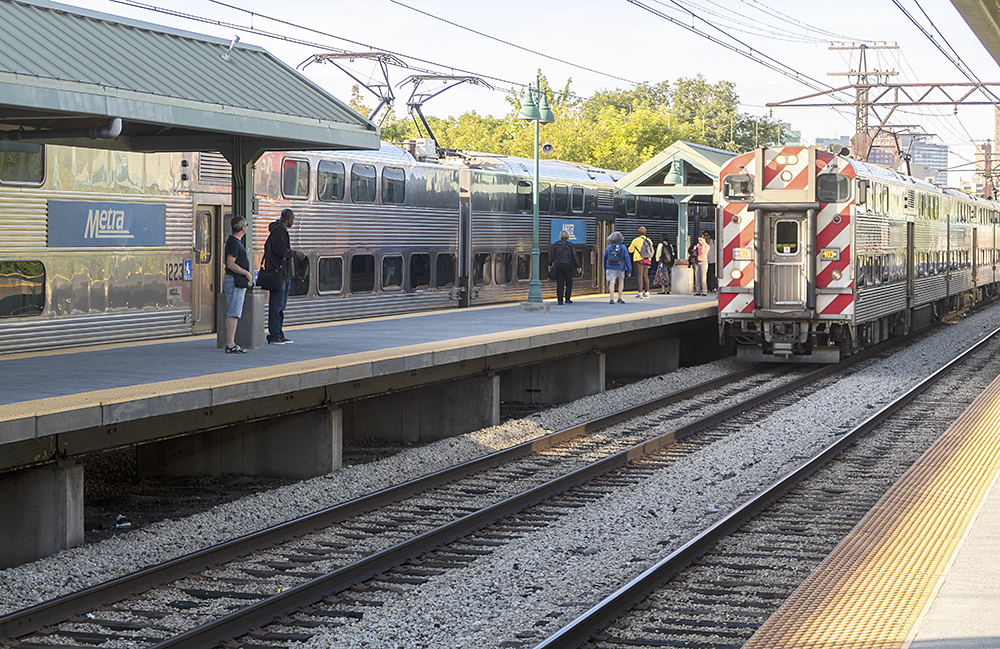 The Chicago region is on the cusp of a big victory for transportation equity. Now our elected officials must carry it across the finish line.

Cook County is working with the City of Chicago and regional transit agencies to reduce fares and increase service on the Metra Electric District line along the South Lakefront. The details are still being worked out, but the County agreed to fund a three-year pilot.

The County’s proposal also includes reduced fares on the Rock Island line through Southwest Cook County and free transfers from both Metra Electric and Rock Island trains to CTA and Pace bus service.

More frequent and affordable service would offer better access to jobs, improve quality of life, and encourage economic development in South Side and South Suburban communities. For several years Active Trans has joined Southland community-based organizations in the Coalition for a Modern Metra Electric to make the case for this overdue investment.

Now Chicago is raising concerns about the impact on CTA bus service and Cook County is in discussions with area transit agencies to help finance the plan.

Linda Thisted, co-chair of the Metra Electric coalition, told the Tribune: “We’ve been underserved on the South Side. This has got to be about the people, not the agencies. The agencies should not be competing for riders. What we need is an integrated public transit system.”

The region has come too far with this plan for it to fall apart at this stage. Politics and inter-agency competition shouldn’t get in the way of delivering better transit service to the people of Chicago’s South Side and South Suburbs.

Southland residents are better served by fast, frequent, and affordable Metra Electric service than buses that aren’t given any priority on city streets. Leaders are working to reverse bus ridership declines with upgrades like bus lanes and traffic signal priority, but we’re a long way from system-wide improvement. This Metra Electric pilot can deliver benefits now.

Dips in CTA and Pace bus ridership due to more people riding Metra Electric can be managed. The agencies could redeploy service to parts of the region where it could be put to more efficient use. It’s potentially a win-win for riders across Cook County.

With driving increasing and transit ridership dropping across the region, our elected officials must take advantage of opportunities like this pilot to make transit more competitive. Otherwise they’re just putting the health, sustainability, and equity of our neighborhoods further at risk.