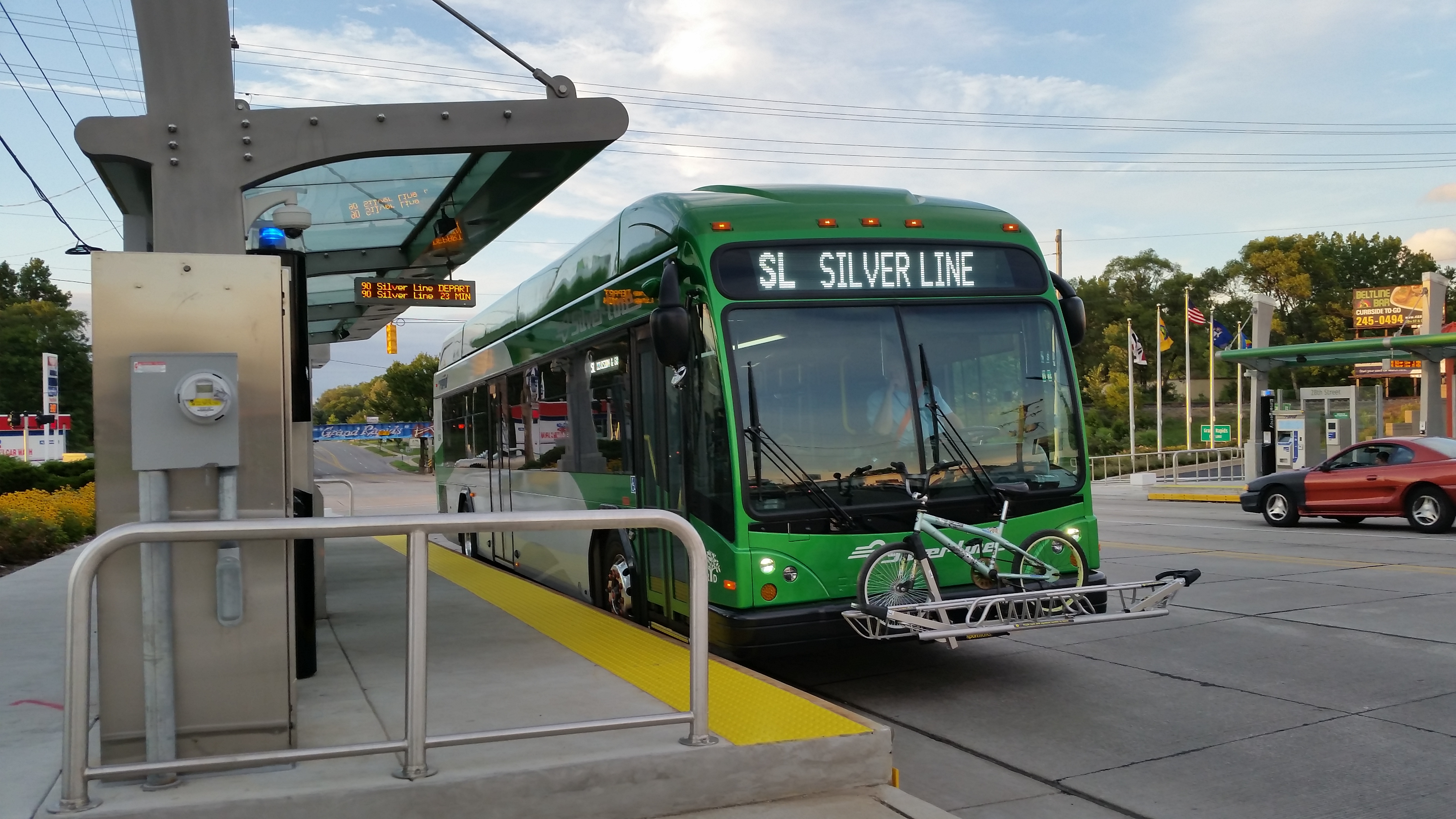 Bus rapid transit (BRT) has gained momentum in the United States, especially in Midwest cities like Cleveland and Chicago. Detroit is looking to be added to the list, but it won’t be the first city in Michigan to adopt BRT. Grand Rapids has held that title since 2014.

The Silver Line is a BRT corridor running 9.6 miles north-south through the center of the city on Division Ave. between Michigan St. to 60th St., connecting downtown Grand Rapids to the South Suburbs.

The Silver Line — which is located alongside US Route 131 — serves an estimated 2,300 riders per day. To attract new transit riders, Grand Rapid’s transit  agency offers free parking at 60th St.

Estimated time of travel between 60th St. and Michigan St. is twenty-seven minutes, similar to travel speeds on US 131 without any traffic.

According to Crain’s Detroit, transit use on Division Ave. went up 44 percent during the Silver Line’s first few months of operation in 2014 compared to the previous year.

Students from colleges located downtown and people who work in the downtown medical district are among the riders who use the Silver Line. Approximately 300 Spectrum Health employees use it for commuting.

The line has attracted the typical anti-tax, NIMBY opposition many transit expansion projects run into across the U.S. Kent County Taxpayers Alliance have been highly critical since the beginning, believing it’s a waste of taxpayer money and claiming it wouldn’t be as efficient as the already existing local bus services.

MLive reports that the Silver Line had an 81 percent on-time performance in its first year, but this percentage was largely hindered from construction projects along the route.

With growing ridership, Grand Rapids’ transit agency is optimistic the Silver Line will help spur economic development in the Division corridor, but realizes the process will take time. Research shows BRT drives development in corridors where it’s been built.

Similar to Grand Rapids, Chicago’s investment in the Loop Link paves the way for more BRT investment, especially along Ashland.

BRT on Ashland would be the city’s first rapid transit line that doesn’t feed the Loop’s hub and spoke system. The Ashland BRT would greatly increase bus speed and reliability through the corridor.

This is the fourth post in a monthly blog series on Bus Rapid Transit (BRT) in the U.S. Learn more about our BRT organizing and contact us to get involved.

Photo courtesy of The Rapid.