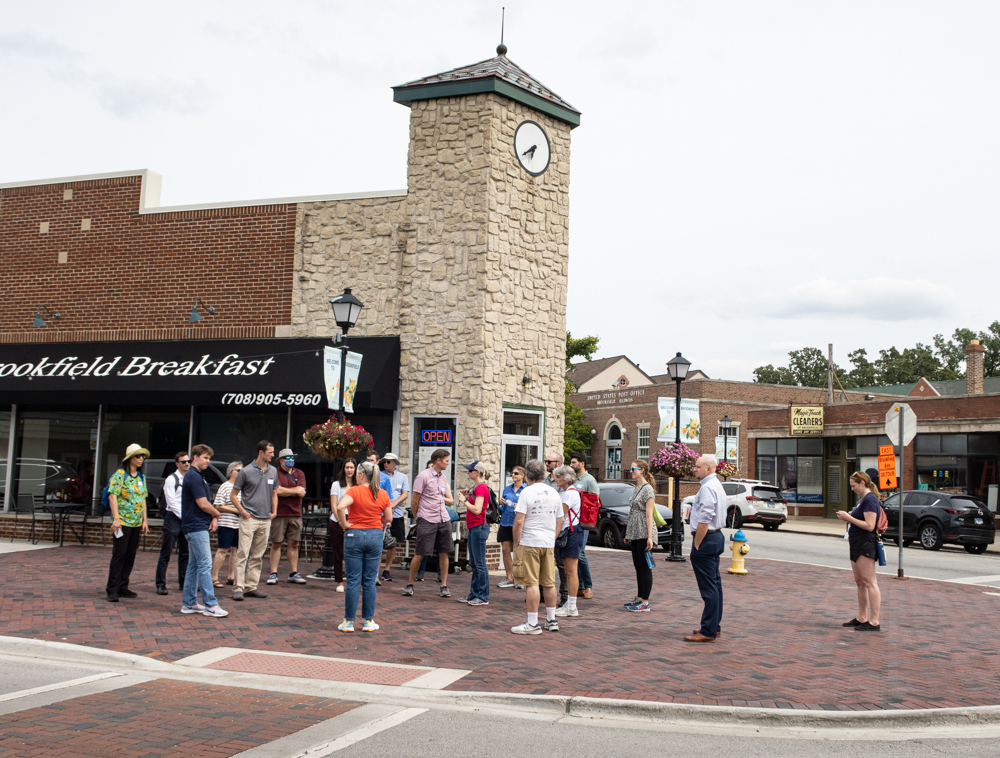 The residents of the Village of Brookfield and neighboring towns got the chance to learn about the village’s current and future pedestrian and bicycle improvements during a recent walking tour and discussion that Active Transportation Alliance helped organize.

During the tour, village staff, local leaders, and community advocates shared behind-the-scenes stories about planning, funding, and building support for various active transportation initiatives around Brookfield, including the village’s bicycle boulevard — the first in the western suburbs.

The bicycle boulevard also includes curb bump outs, a high-visibility crosswalk, and better pedestrian access to the adjacent park to improve the overall safety of kids playing and people traveling by foot. 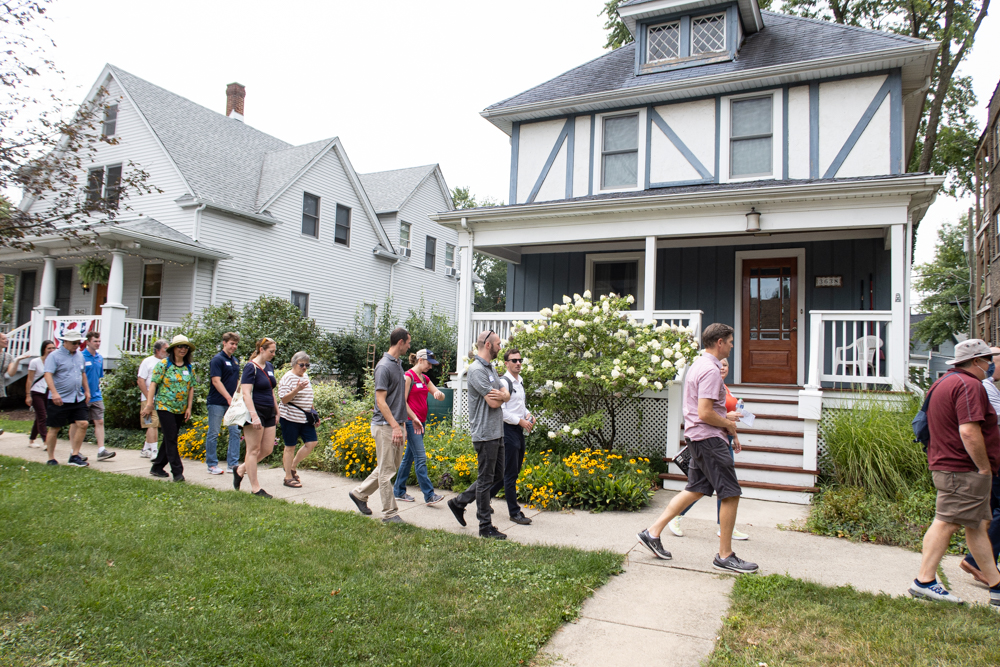 The tour also showcased how Brookfield is promoting transit-oriented development at its Metra Stations. The village is working on instituting covered bike parking, brick pedestrian walkways, and bump outs while reducing car parking and encouraging businesses to operate near the stations.

In addition, tour attendees walked over to Fairview Avenue to see the portion of the street Brookfield plans to close to car traffic to create a plaza for events and community gatherings. 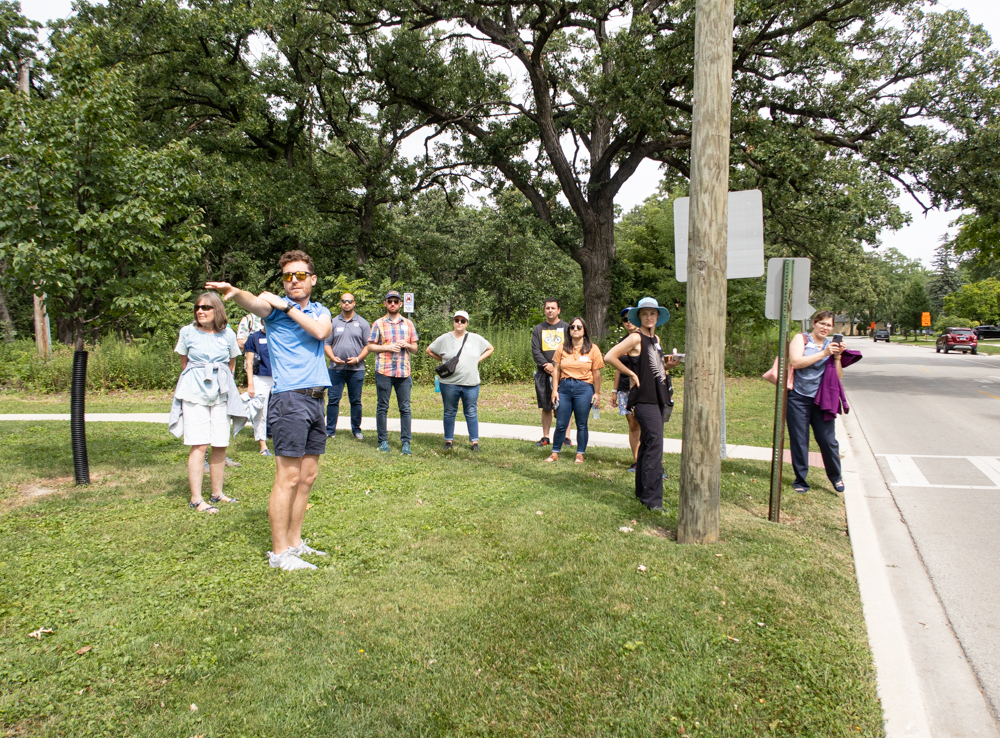 The tour also took attendees over to Washington Avenue, where the village plans to install bike lanes and signage. Construction begins this year and should be completed by next summer.

Concluding the tour was an optional bike ride led by advocates from Cycle Brookfield to visit the 31st Street corridor where advocates and several agencies are hoping to establish a multi-use path for safer walking and biking access to the Brookfield Zoo. 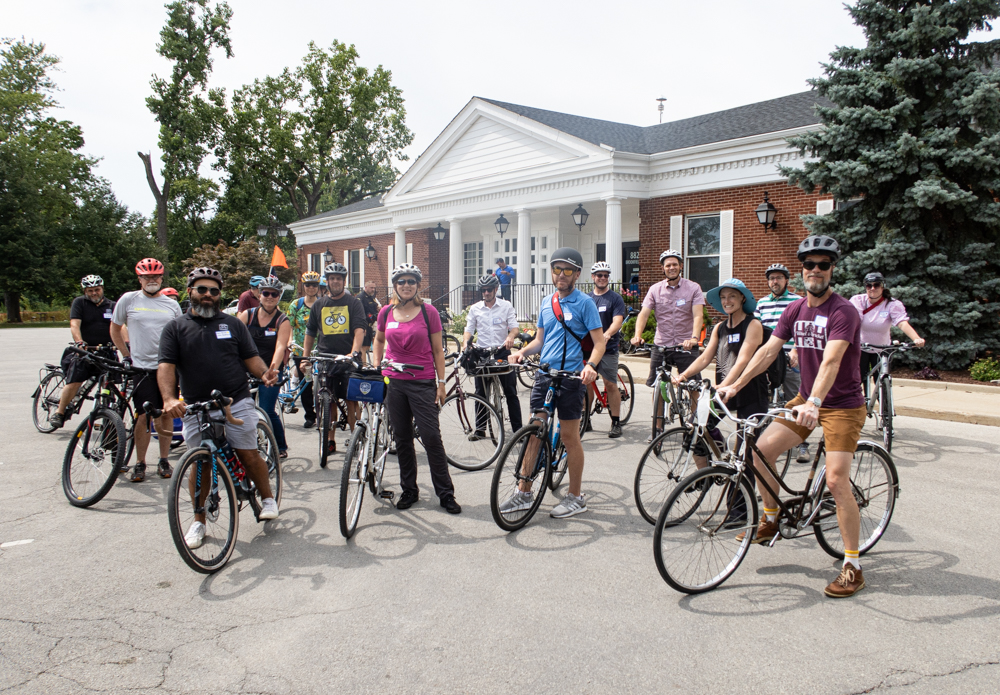 The Brookfield on Foot walking tour is part of the five-part series Taking Climate Action by Prioritizing Walking, Biking and Transit.

It came about from a collaboration with the Metropolitan Planning Council, Metropolitan Mayors Caucus, and Active Transportation Alliance. Sponsors of the series are Christopher B. Burke Engineering, Civiltech Engineering, HDR, and the MacArthur Foundation.

The next event in the series is a virtual panel discussion on ADA transition plans, which help communities identify steps needed to make their towns more accessible. The virtual event is scheduled for October 13 at noon. Register here — all are welcome.