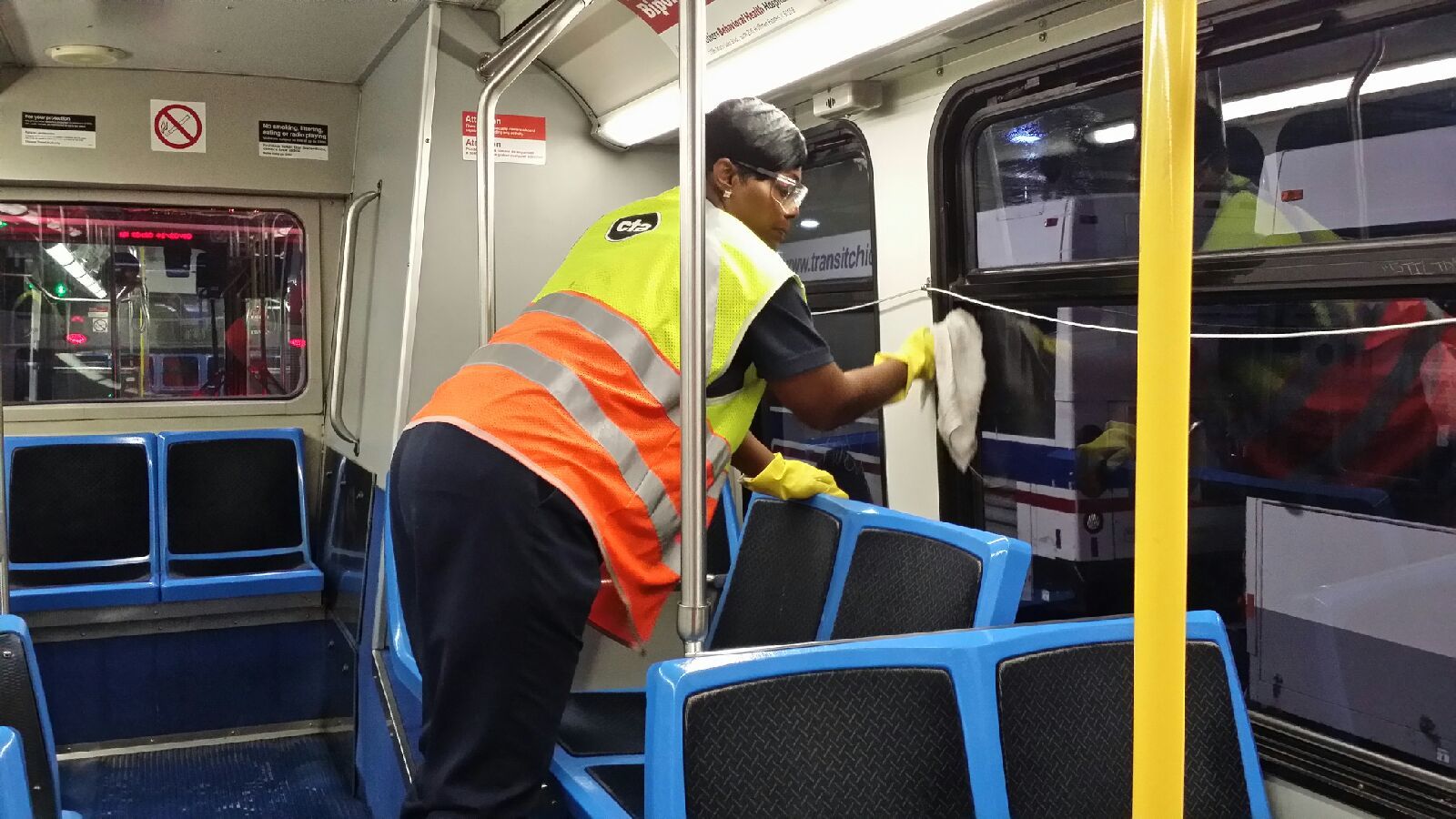 Thousands of essential workers like healthcare professionals and grocery store clerks rely on buses and trains to get to work. Many Chicagoans living in historically marginalized communities rely on transit to get to essential businesses like grocery stores and pharmacies.

Transit is critical to the Chicago region’s public health response to COVID-19. Bus and train service must be maintained for the healthcare system and local economies to continue to function. Chicago Public Health Commissioner Dr. Allison Arwady calls public transportation “an essential service,” noting how crucial it is for important workers to get to their jobs.

Reducing or ending transit service would limit the mobility of countless Chicagoans who are already facing daunting challenges. Rolling back service would put riders at risk by forcing more people into each bus or train car that’s still running.

Thankfully, our local leaders have so far recognized the critical role public transit plays in this crisis. CTA is running on normal schedules and Metra and Pace are running reduced service. Chicago Mayor Lori Lightfoot says she has no plans to shutdown the CTA, saying “we must keep the public transit system going.”

Unfortunately, maintaining service levels and keeping vehicles clean gets harder every day. CTA rail ridership is down 70 percent and bus ridership is down 52 percent compared to the same days last year, which means less revenue to operate the system.

Sales tax receipts — the biggest source of operating funds for transit in Illinois — are way down and will likely stay that way for months. Gas tax revenue, a major source of capital funding for transit under the state’s new capital plan, is also expected to be way down as a result of the crisis.

That’s why we’re fighting for the federal and state government to provide immediate emergency assistance for Chicagoland transit agencies during and after the crisis. Without emergency funding, agencies will be forced to cut service or raise fares, even after ridership returns to normal levels.

Active Trans joined more than 200 elected officials, transit agencies, and advocacy groups in calling for Congress to include emergency assistance for transit in any COVID-19 stimulus bill.

Tell your representatives to include transit in any COVID-19 stimulus bill.

It’s not yet clear when the state legislative session will resume in Springfield, but we stand ready to fight for emergency funding for transit at the state level.

We called for state leaders to reassess the farebox recovery ratio in our recent Fair Fares Chicagoland report, which charts a path towards a more equitable transit system. The crisis should speed up the timeline to get that done and legislators should consider lowering the 50 percent mandate, at least until ridership returns to normal levels.

Transit workers are on the frontlines of the pandemic, working hard under extremely difficult circumstances to keep the system running and clean. Active Trans supports the demands for extra protection from our local train and bus operation unions, including providing more gloves, masks, and sanitizer for frontline workers. State and local leaders should step up with emergency funding so agencies can provide these basic protections.

Help us keep fighting for public transit during and after the COVID-19 pandemic by joining or renewing your membership today or making a donation.

Image above courtesy of CTA.