New Uber, Lyft fees should be step toward congestion pricing 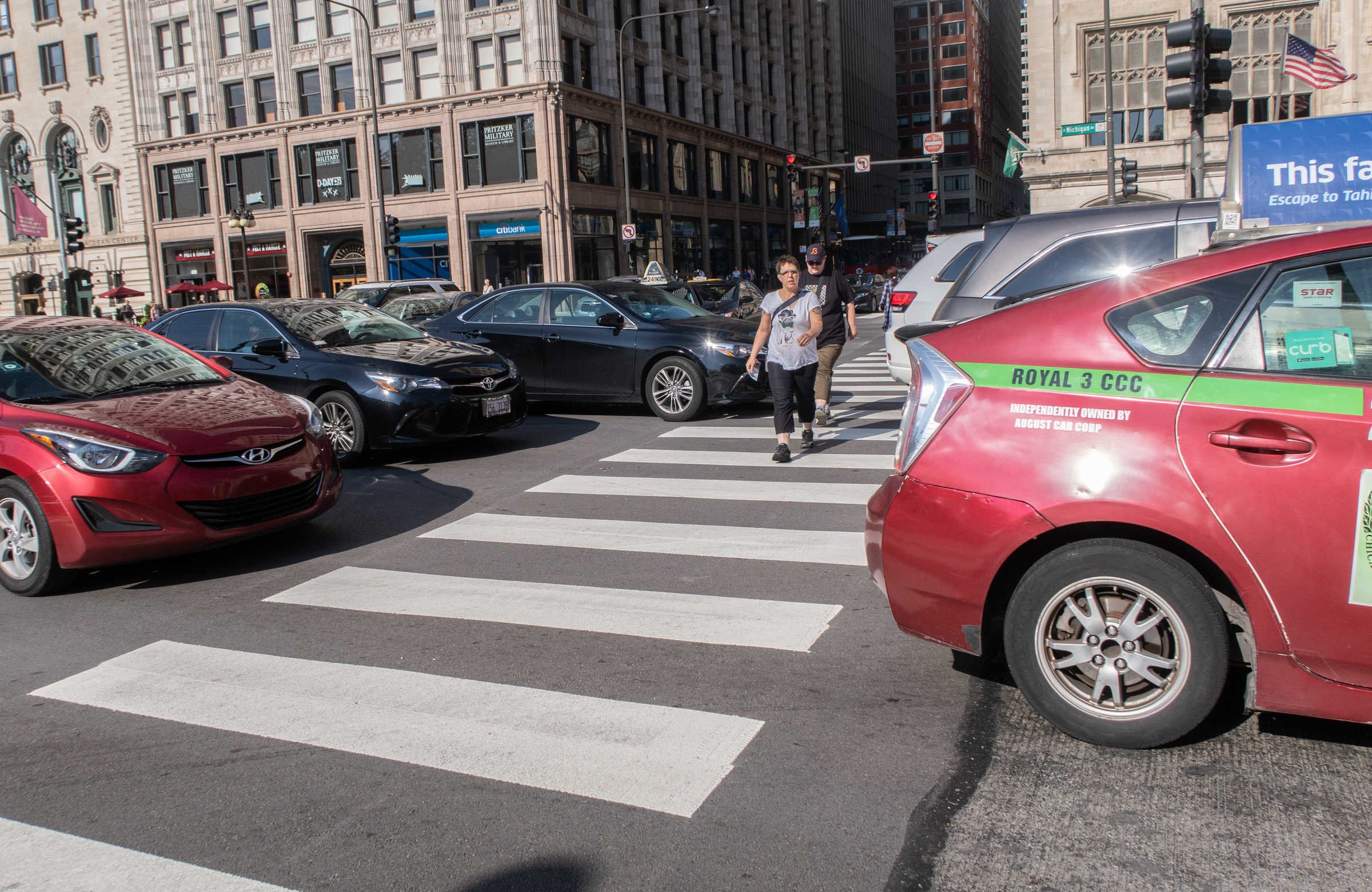 A portion of the new revenue goes to the city’s Bus Priority Zones initiative that seeks to make bus service faster and more reliable.

These new fees championed by Chicago Mayor Lori Lightfoot could be a precursor to a broader congestion pricing approach.

Active Trans lobbied in favor of the fees because of their potential to reduce driving and spur public transit use – outcomes that would boost community health, sustainability, and equity.

The new Uber and Lyft fees should be just the first step in fairly accounting for the community impact of driving or riding alone in a car, especially downtown. Uber and Lyft trips are a significant but a relatively small portion of motor vehicle trips into the Loop each day.

The good news is Mayor Lightfoot committed to using a portion of the new revenue on a broad congestion study that considers all vehicles – privately-owned cars, taxis, ride-hailing vehicles, and trucks.

This study will be critical to the city developing a congestion pricing approach that reduces emissions and increases safety without harming vulnerable people. It should be informed and shaped by low-income people of color who are most impacted by the city’s mobility, health, and pollution challenges.

DOUBLING DOWN ON UBER, LYFT FEES

In the nearer term, the city should evaluate the new fees to ensure they’re helping achieve progress on the intended sustainability, health, and equity goals.

Is the $1.75 downtown surcharge large enough to change people’s behavior? Are more people riding public transit, walking, and biking as a result of the fees?

Data newly collected by the city under the recent fee ordinance also may allow the city to limit the time Uber and Lyft drivers circle downtown waiting for passengers. This “deadheading” time adds to congestion and safety issues while serving no transportation purpose. New York City recently put in a place a requirement for the companies to reduce deadheading by 10 percent in a downtown congestion zone.

These ideas could help Chicago better align its transportation network with its health and climate goals while building a fairer and more just city.