Free fares for youth is part of vision for equitable transit 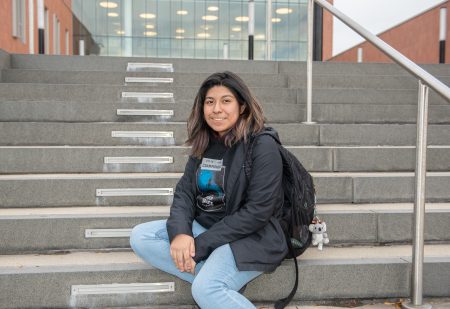 Nationwide, there’s been a growing interest in allowing youth to ride public transit for free.

Following the approach of cities like Sacramento and San Francisco, a movement has been building in Chicago for free transit for youth.

One of the sources of momentum for the local movement is Back of the Yards College Prep, whose students wrote an open letter to Mayor Lori Lightfoot calling for free youth fares.

Currently, there are reduced fares for students in elementary and high school in the city of Chicago (and some suburban schools). Students receive a reduced CTA rate of 75 cents per ride during the school year.

Students from Back of the Yards College Prep calculated that even with the discount currently provided, students are still spending on average $271.50 a school year to get to and from school, not including transfer costs.

During the 2019 mayoral election, the Grassroots Collaborative, a coalition of neighborhood-based organizations, released the Reimagine Chicago platform. One of their recommendations is providing free transportation for youth and seniors on all CTA services and establishing a reduced fare program for low-income residents on CTA, Metra, and Pace.

Another recommendation in the report is allowing youth to ride transit for free. We believe that free transit for students would further encourage them to be active participants in their communities and that requires freedom of movement to access resources and opportunities all around the city.

In addition to encouraging them to be active community member, free rides for youth would also encourage young people to develop a habit of using transit. This would mean that in the future when they are able to afford fares, they will already be committed transit riders. We believe that free transit for youth is a step in the right direction for equitable transportation in our region.

Are you interested supporting the movement for more equitable transit in Chicagoland? Sign up to be a supporter of Fair Fares Chicagoland!

Photo: Isabel Abarca lives in Back of the Yards and says her family could benefit from reduced transit fares. She would be eligible for free fares under our plan.