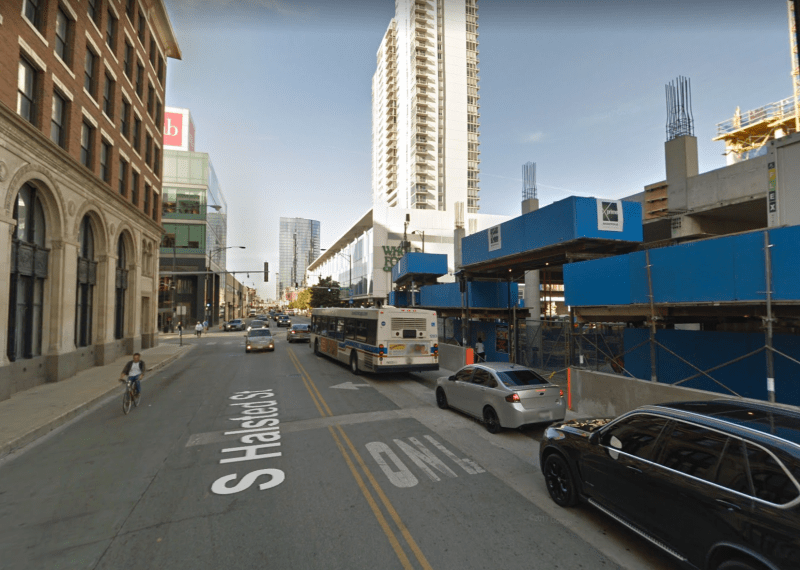 After a series of fatalities and serious injuries, it’s clear Chicago must do more to protect people biking and walking near construction sites.

In August, Angela Park was riding her bike in the West Loop when she was tragically struck and killed by a person driving near a construction site at Halsted and Madison. After the crash, Active Trans heard from many people in the bicycling community who were affected by the crash and eager to fight for policy changes that could prevent similar crashes from happening.

The city and advocates have improved the reporting of problem sites in recent years, but construction sites continue to put people on foot and bike in harm’s way — sometimes with tragic results. Often, these spots are dangerous for cyclists and pedestrians because they are intended to spare motorists any inconvenience. Enough is enough.

In recent weeks Active Trans has discussed issues and potential improvements to the construction site permitting process with the Chicago Department of Transportation (CDOT) and members of city council. A CDOT assistant commissioner also spoke on this topic at a recent meeting of the Mayor’s Bicycle Advisory Council.

If you see a construction area impeding on the right of way for people walking or biking, snap a photo, note the location and send the information to CDOTpermitsupport@cityofchicago.org. City permit officials say they will follow up on requests and determine whether there has been a violation of the construction safety plan.

The city currently has a limited number of inspectors responsible for monitoring construction zones to make sure they are providing safe accommodations. According to the city’s Rules and Regulations for Construction in the Public Way, contractors are required to create pedestrian and bicycle traffic control plans, and people should not be led or directed into conflict with cars and trucks.

Chicago should consider investing more resources in public way monitoring and enforcement while identifying ways to make the process more efficient. Here are some example of how other cities across the country handle this issue:

Join our advocacy supporters list to stay informed about potential changes to the construction permitting process in Chicago and how you can help.