Home / Blog / Chicago is falling behind on sustainable transportation 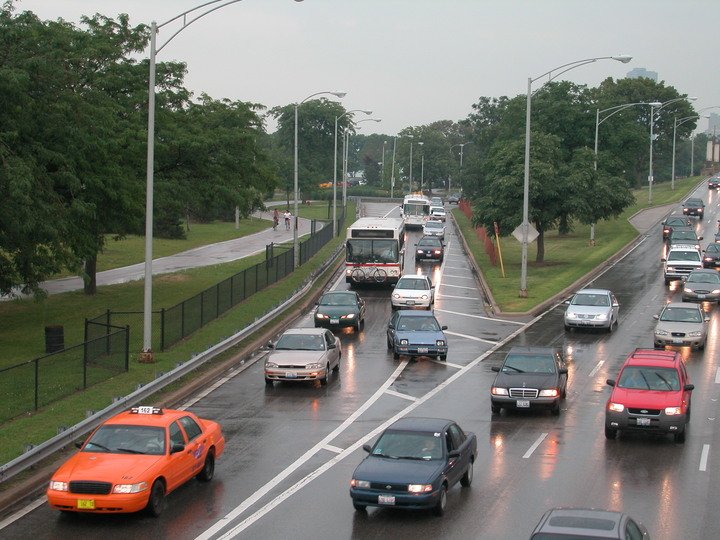 According to our new report, Chicago is falling behind in the number of people choosing to commute on foot, on bike, or on public transit.

This was just one of the findings of our regularly published Regional Mode Share Report, which compiles and analyzes mode share and travel data for the Chicagoland region.

Here are a few highlights from our 2020 report:

Compared to our peer cities, Chicago is falling behind
In 2018, only 35.7 percent of Chicagoans walked, biked, or took transit to work, down slightly from previous years.

Compared to seven of our peer cities, over the last two years, Chicago dropped two positions to second to last place, just ahead of the City of Los Angeles.

For the first time, the cities of Seattle and Philadelphia surpassed Chicago in their multimodal mode share. 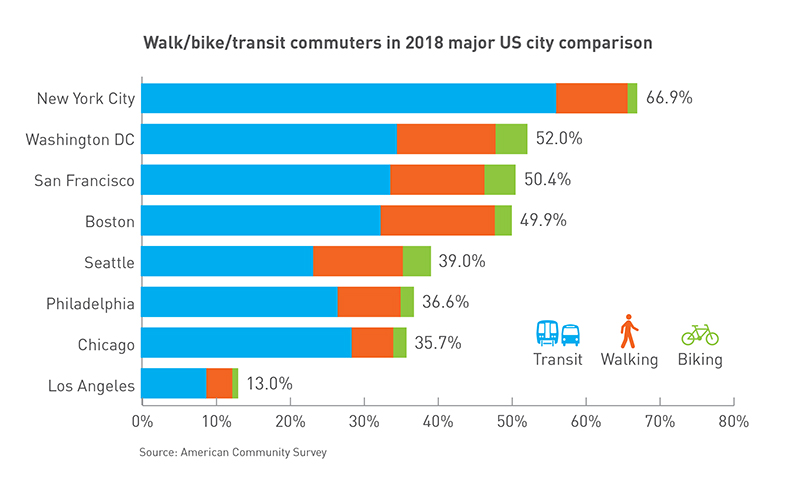 Working from home is our region’s fastest growing mode
At the regional level, between 2017 and 2018, the number of people working from home grew by seven percent, faster than any other mode.

During this time period, the percentage of car commutes held steady while walking, biking, and transit trips fell by an overall percent change of two percent.

While ride-hailing is helping some communities fill in transportation gaps, it’s also increasing congestion and hurting transit
Between 2015 and 2018, bus and rail ridership levels declined significantly while the annual number of ride-hailing trips in Chicago grew 271 percent.

During this same period, the number of miles people drove for Uber and Lyft increased three-fold, from 136 million miles to 603 million miles. 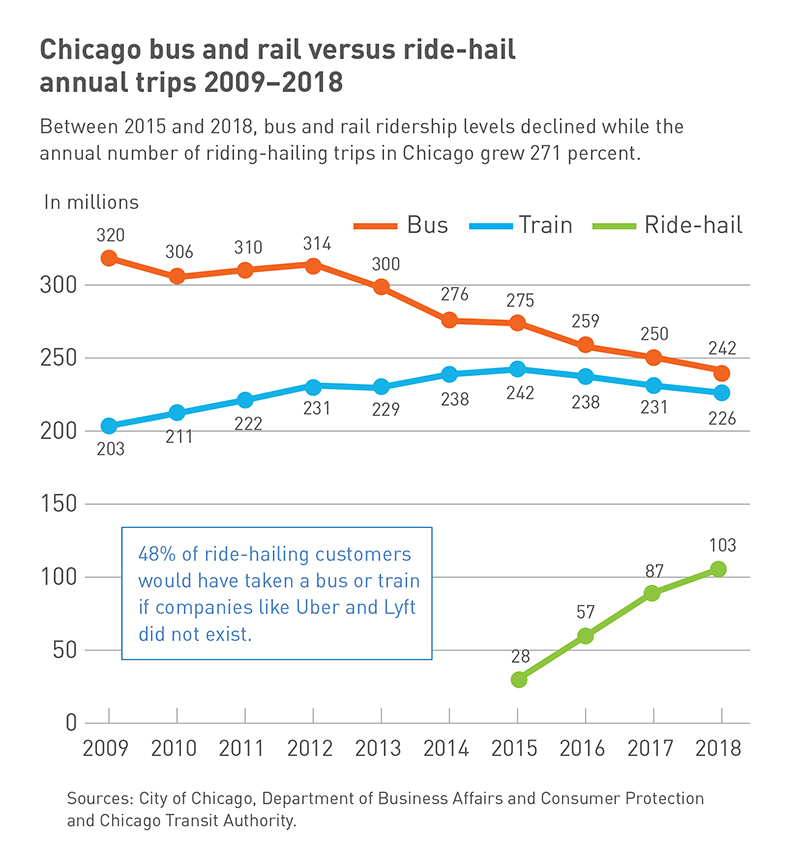 While ride-hailing can help meet a transportation need in communities that are difficult to get around, overall, this large influx of ride-hailing vehicles on the road and miles traveled is adding to congestion, slowing down buses, and resulting in increased traffic injuries and fatalities.

Transit ridership loss from ride hailing may lead to transit budget cuts, which will further worsen service and ridership levels. 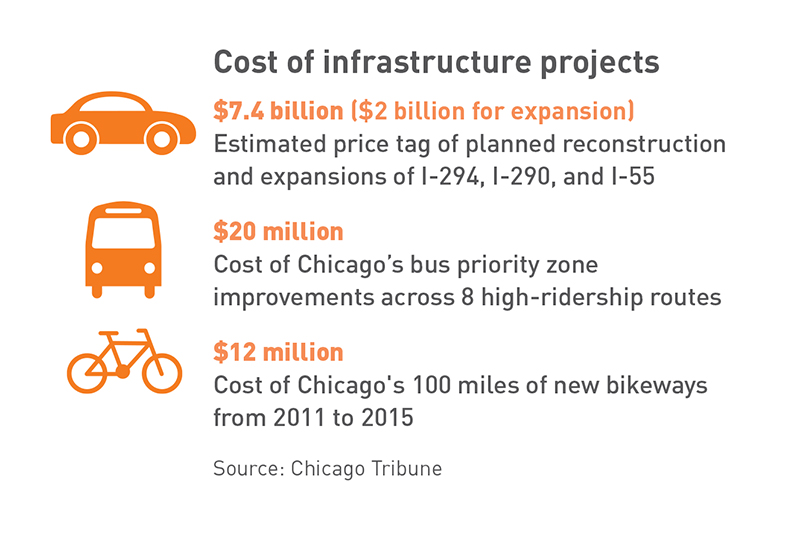 The cost of road expansion is wildly more expensive than improving walking, biking, and transit
Building new roads is expensive and places a large economic burden on future generations tasked with keeping our roadways in a good state of repair.

According to a report from Transportation for America, in Illinois, the percentage of our roads currently reported in poor condition grew from four percent in 2009 to 19 percent in 2017.

Roadway expansion often costs billions while adding new bike lanes, building sidewalks, or improving bus service is only a fraction of the price.

Instead of expanding highways, our regional focus needs to shift to maintaining our existing road network and providing more options for people to walk, bike, and take transit.

Our goal for 2025 is to see 50 percent of all trips in the region made by people walking, biking, or using public transit. We can only reach this goal through your support and showing decision makers we value living in a multimodal region that prioritizes people over cars.

If you’re someone who is excited about helping make our region a better place for walking, biking and transit, here’s how you can get involved: