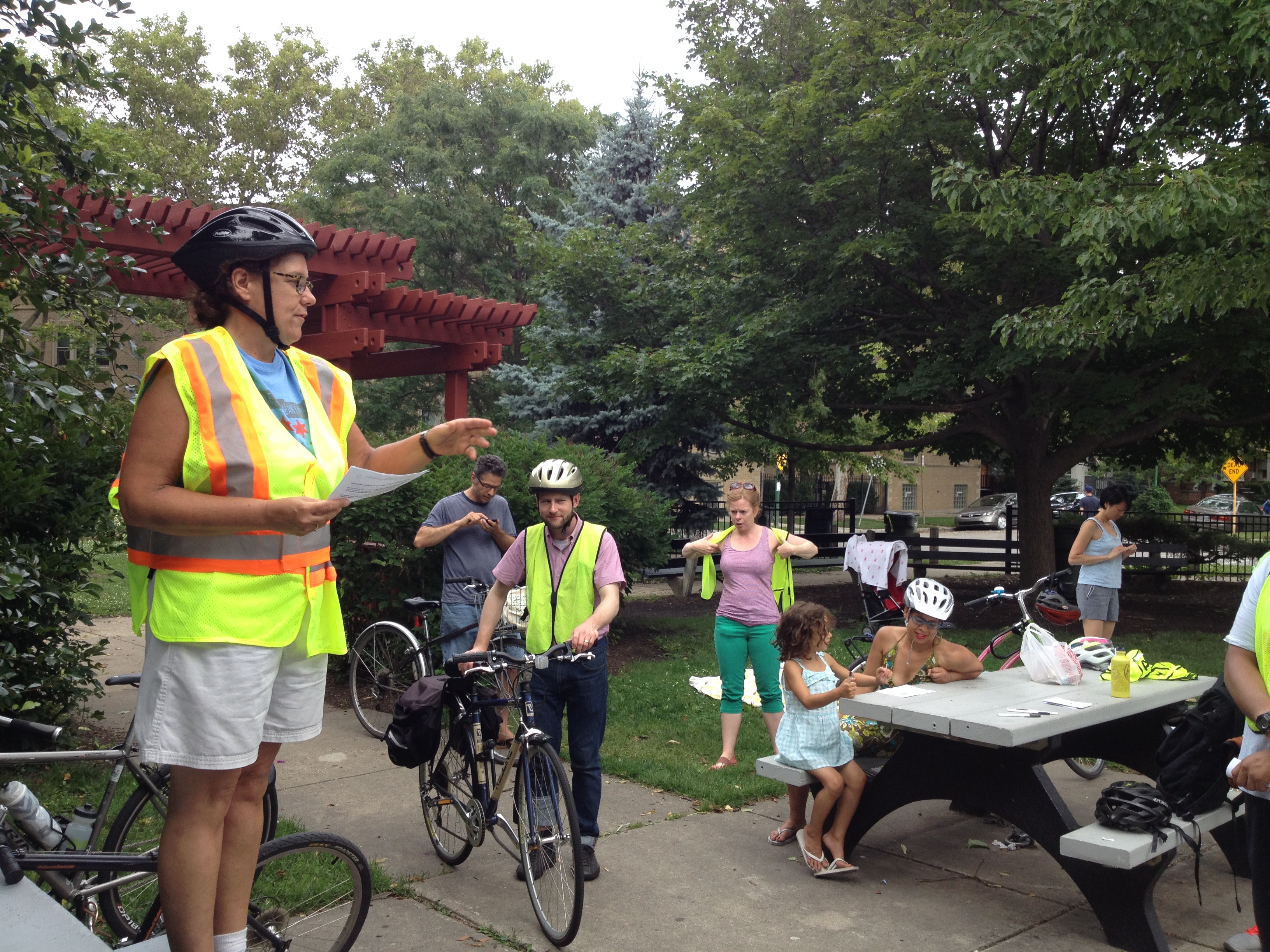 Carol Maher came to bicycling relatively late in life. But the 58-year-old retired IT project manager has certainly made up for lost time.

Since she took up cycling four years ago, Maher has ditched her car in favor of cruising around Chicago on two wheels full-time and has become a sustainable transportation advocate.

Maher credits a program called Go Albany Park for sparking her love of cycling in 2015. A collaboration between the Chicago Department of Transportation, Alta Planning and Design, and Active Transportation Alliance, the Go programs encouraged residents of Albany Park, Bronzeville, and other neighborhoods to walk, bike, and ride public transportation more frequently.

Maher participated in the program as part of her block club, helping to create biking and walking events in the neighborhood. She was impressed with how the bicycling activities in particular brought the community together. “Throughout the summer, [the Go Albany Park events] got my neighbors and others together to not only explore our neighborhood, but become more active and engaged in it,” she says.

That prompted Maher to take up bicycling. She initially rode a used hybrid bike for recreation and errands on low-stress bike paths.

When Maher got more comfortable riding in traffic and even in harsh winter conditions, she upgraded to a new bicycle and sold her car — committing herself to cycling full time.

“It lets me be a better steward of the planet by not driving a car and riding a bike everywhere and being more responsible as a human on this Earth,” she says. “I felt really good about that.”

Maher’s love for cycling has led to a passion for advocacy. She works with nonprofits, community leaders, and government agencies to improve conditions for bicycling as well as walking and public transportation. For example, as a member of then-Alderman Deb Mell’s transportation committee, Maher worked with the committee to improve bicycling conditions in the 33rd Ward on the Northwest Side.

One of committee’s biggest wins was the completion of the Manor Neighborhood Greenway, which adds a comfortable on-street connection for people walking and biking on Manor Avenue between Lawrence and Montrose Avenues. The greenway makes it safer to travel between Horner Park to the south and Ronan Park to the North as well as to the CTA’s Francisco Brown Line Station. The completion of the greenway also helps create a continuous Chicago River Trail, which Active Trans has been advocating for.

“That was an interesting experience in how change impacts people’s lives,” Maher says of the Manor Neighborhood Greenway project. “People are afraid of change, and then when it happens, it’s like, oh wow, that really wasn’t as horrible as I thought it was going to be.” 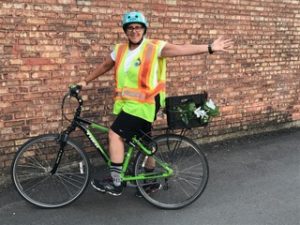 In addition to being an Active Trans member, Maher also serves as an Active Trans’ Ambassador, spreading the word about the importance of walking, bicycling, and public transit. That includes working with Active Trans to push for legislation and policies that promote sustainable transportation.

For example, Maher recently accompanied Active Trans staff to meet with the aides of U.S. Rep. Chuy Garcia to advocate for Complete Streets legislation at the federal level, which would encourage federal transportation agencies to design streets that enable safe access for all users. She and the Active Trans staff also recently met with Alderman Rossana Rodriguez to discuss how to improve bicycling conditions and bus service in the 33rd Ward.

“That has been really exciting getting to meet people in government that can influence change,” Maher says. “A lot of people don’t really participate [in advocacy], and, if you can be out there being a voice for things that are important to you or your community, you can really make a difference. That’s one of things I really learned just being engaged and involved and speaking up for things that are important to me. Not a lot of people are doing it, so it can really make a difference.”

Participating in various advocacy groups and getting to know other bike enthusiasts has been a thrill for her: “I feel that I can have a conversation with all those people and contribute my knowledge.”

When she’s not advocating for sustainable transportation, Maher is pedaling around the city on her bike to run errands, travel to social events, and for recreation. She especially enjoys bicycling along the North Channel Trail up to the Skokie Northshore Sculpture Park.

Maher is hard to miss when bicycling: She wears a yellow vest and outfits her bike with a milk crate and artificial flowers. In addition to liberal use of hand signals and wearing a helmet, Maher says the vest and bike accessories are all part of her safety protocol and being a courteous cyclist, she says. “Between the vest on and the flowers on my bike, hopefully I look like I come in peace,” Maher explains.