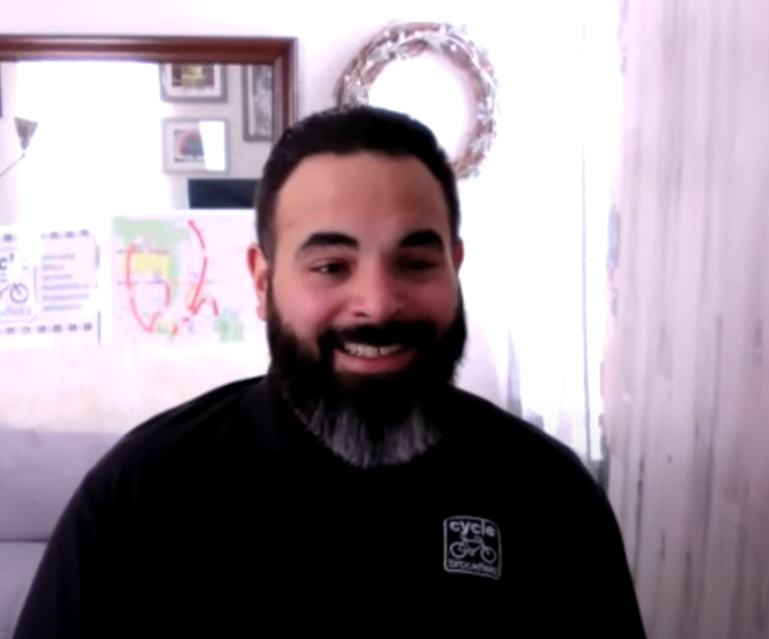 The rock star advocates that the Active Transportation Alliance works with took center stage at the organization’s recent 2021 Annual Meeting.

Active Trans celebrated their dedication and outstanding work, and the role they play in helping the nonprofit carry out its mission to improve walking, bicycling, and public transportation in the Chicago region.

Rochelle Jackson was honored with an Advocate of the Year award for her efforts to improve walkability and bus service in North Lawndale, the West Side neighborhood where she was born and raised. She serves as co-chair of the Transportation and Infrastructure Committee of the North Lawndale Community Coordinating Council.

Jackson helped organize a walkability assessment through North Lawndale. As part of the assessment, the North Lawndale Community Coordinating Council worked with residents, community organizations, and youth groups to identify obstacles to walkability and propose areas where improvements could be made, including the half-mile radius around the Kedzie-Homan Blue Line station.

As part of her work with the North Lawndale Community Coordinating Council, Jackson also collaborated in a coalition to advocate for and win the reinstatement of the #157 Ogden Avenue bus route via a pilot program, which Jackson deems crucial to the revitalization of North Lawndale’s economy and quality of life after decades of disinvestment.

Active Trans bestowed an Advocate of the Year award to Matt Portman. After his cousin Kevin Clark, 32, was fatally struck by a driver while biking at the intersection of Logan Boulevard and Western Avenue in Logan Square in May, Portman successfully pushed for long overdue safety improvements at the notoriously dangerous corridor.

Under the banner of Kevin’s Coda, a new grassroots organization that Portman created and launched, he organized a rally, regularly communicated with media, and engaged with elected officials and advocates, including Active Trans, to rally support for improving the Logan and Western intersection.

Portman’s leadership and energy were essential in bringing much needed improvements to the Western and Logan intersection and helped add energy to the fight to create a citywide network of low-stress bike lanes.

Christopher Valadez also received an Advocate of the Year award. He is a resident of the Village of Brookfield in the southwest suburbs and co-founder of the nonprofit Cycle Brookfield, a nonprofit that seeks to make bicycling safe, easy, and fun in Brookfield through education, advocacy, and community building. Valadez is a central figure in organizing the group’s family-friendly bike rides.

He also works closely with village officials on safety improvements in the community, including advocating for more bike lanes in Brookfield and more and better cycling connections to neighboring suburbs and Chicago. He and the group are the driving force advocating for a walking and biking path along 31st Street to the Brookfield Zoo.

Valadez is an avid cyclist and dedicated advocate who brings enthusiasm and positivity to every event and gathering he attends. Whether it’s at a community bike ride or one of Active Trans’ regular suburban advocacy meetings, Valadez will be there with creative ideas to share and will be ready to cheer you on.

Valadez (pictured at top) and his work with Cycle Brookfield was featured in an advocacy discussion during Active Trans’ Suburban Action Week 2021.

In addition to the 2021 Advocate of Year Awards given to Jackson, Portman, and Valadez, a 2021 Volunteer of the Year Award was given to long-time Active Trans volunteer Kevin Crowley.