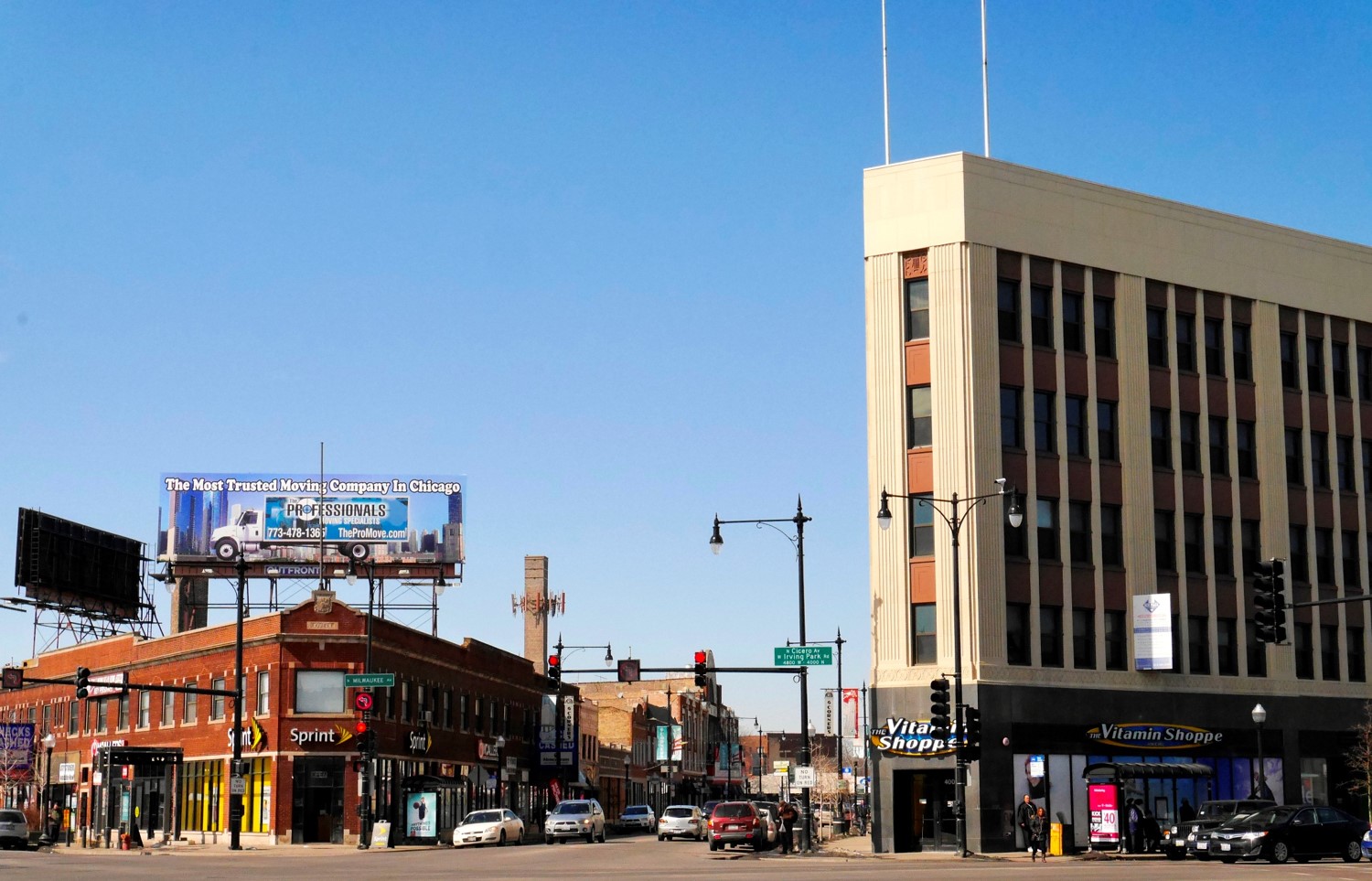 On April 22, the Six Corners Association and Active Transportation Alliance teamed up to host a community meeting at the Filament theater space to discuss ideas for making the Six Corners district more bike and pedestrian friendly.

About 30 people showed up to discuss infrastructure, problem points in the current roadway design, and existing and prospective programs to get residents and visitors alike out of cars and enjoying the Six Corners business district on their feet and bikes.

After Kelli Wefenstette of the Six Corners Association welcomed the attendees and provided some context for the meeting, Alderman John Arena spoke about the need to create infrastructure that serves all modes of transportation. To round out the presentation, Heather Schady, senior planner at Active Trans, explained what’s already in the works for the neighborhood, the problems that the area is currently facing, and potential ideas other communities have come up with to deal with similar problems.

Then came my favorite part: the breakout sessions. What I love about breakout sessions is that they give residents an opportunity to verbally communicate exactly what they find lacking in their communities. We provide the markers, paper, maps, and “no idea is a bad idea” space; they provide their resident perspective.

The attendees split into four groups, and two of the groups spent time looking at maps of the Six Corners area, identifying priority routes that could connect Six Corners to the Streets for Cycling Network, and marking challenging crossings and other barriers to accessing Six Corners without a car.

The other two groups discussed current and potential strategies for encouraging people in Six Corners to walk and bike. After about 20 minutes, the groups switched tasks. After the end of the group time, we reconvened, and the attendees were given five stickers each to use for voting for their favorite potential encouragement strategy.

Of the many ideas each group came up with, some of the top vote-getters included “people spots”, discounts at local businesses when arriving by bike or on foot, bike tours of historic Six Corners locations, and signs that remind drivers to “drive like your kids play here”.

Some of the ideas featured at the workshop had already been discussed as part of the 45th Ward Participatory Budgeting process, resulting in the funding of several projects including people spots and bike lanes.

Moving forward, we’ll take the input from the workshop and compile it with other data into a set of recommendations the community can use to guide future projects and programs.

If you weren’t able to attend, it’s not too late to get in on the action. The Six Corners Association Bike and Pedestrian Committee is looking for members to help carry these ideas forward.

Email Kelli Wefenstette at kelli@sixcorners.com and let her know you want to be involved!