Will “Idaho Stop” law come to Chicago and suburbs? 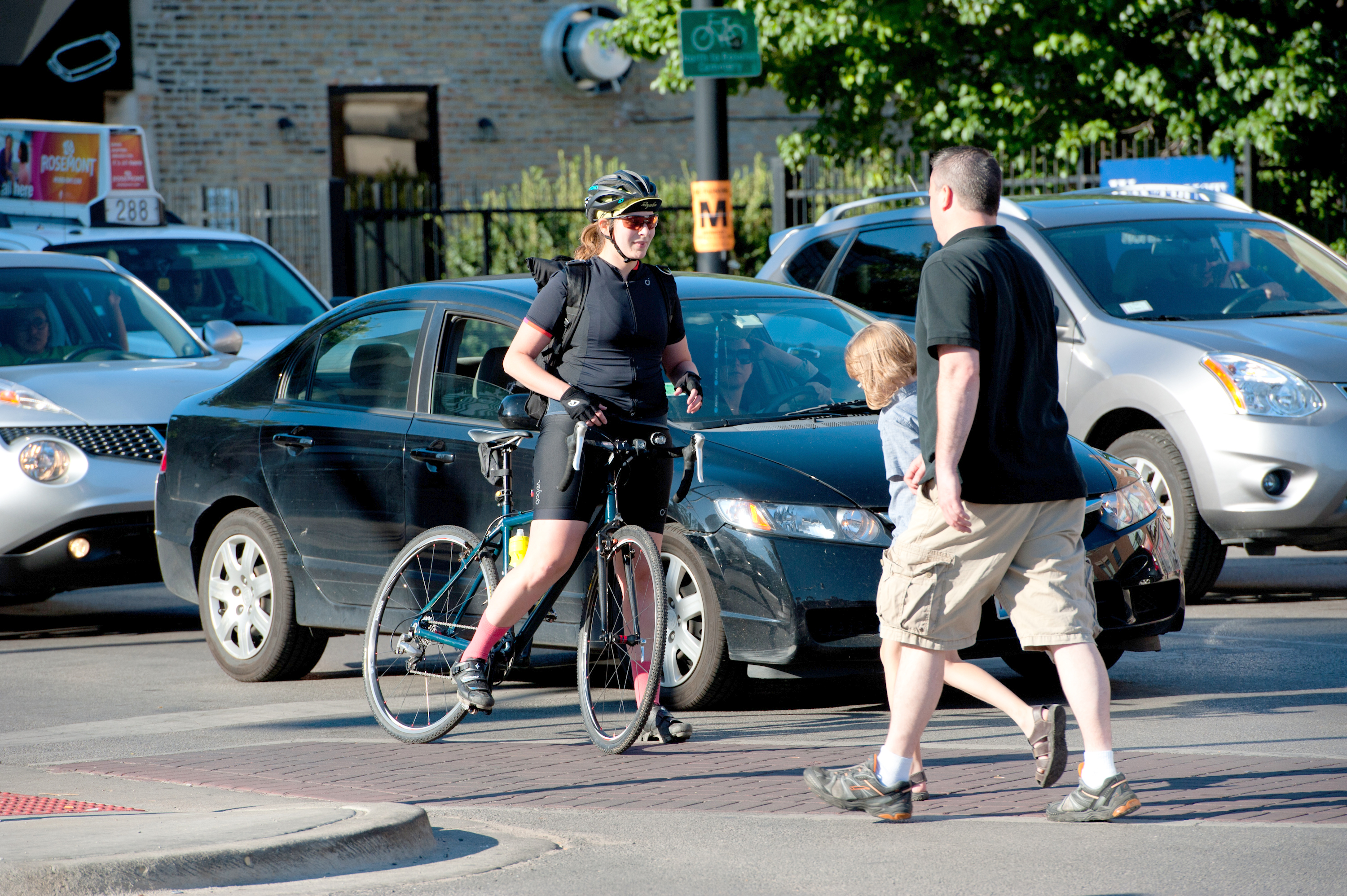 The “Idaho Stop” law for cyclists is one of many changes that the Active Transportation Alliance would like to see in the Chicago region — but it’s one of the changes that we have yet to pursue in the interest of using our resources judiciously to maximize our impact on our mission.

If you’re not familiar with the law (called the Idaho Stop law since it was successfully passed in the state of Idaho in 1982), it allows cyclists to treat stop signs as yield signs and red lights as stop signs.

This is how most responsible people on bikes travel already, and it rarely causes conflict nor or is it the source of complaints from people driving, even in Chicago.

In fact, the law is not controversial in Idaho, and police there note that it creates a clearer and more reasonable standard for cyclists, and it helps clear the intersection for motorists.

Active Trans has yet to actively pursue it — instead focusing on strategies like bike infrastructure and Divvy expansion that have a bigger impact on our mission to reduce crashes and encourage more biking.

Certainly, passing the law would be better for people in cars, for people on bikes and it would give police clear direction to focus on more pressing matters like gun violence and distracted driving.

However, local police in Chicagoland rarely ticket cyclists for not coming to a complete stop, and in places where Idaho Stop laws have been proposed, it’s galvanized opposition against biking.

This is playing out in San Francisco where a proposed Idaho Stop ordinance has escalated tensions between cyclists, motorists and pedestrians — and the mayor has threatened to veto it.

Another important consideration is that it may be necessary to pass state legislation to give cities the authority to pass Idaho Stop laws. If so, that would be a significant hurdle. We're researching this now.

As a mission-driven organization, Active Trans must pursue our core goals as effectively as possible, while being careful stewards of the resources our members and supporters have entrusted with us.

With the growing public acceptance of bikes on our streets, we're moving closer to a point where the benefits of pursuing an Idaho Stop law may outweigh the potential down-sides, at least in cities like Chicago.

It’s certainly on our radar and being evaluated, and we’d love to hear any stories you have about how an Idaho Stop law would make biking better. Please share your comments below.