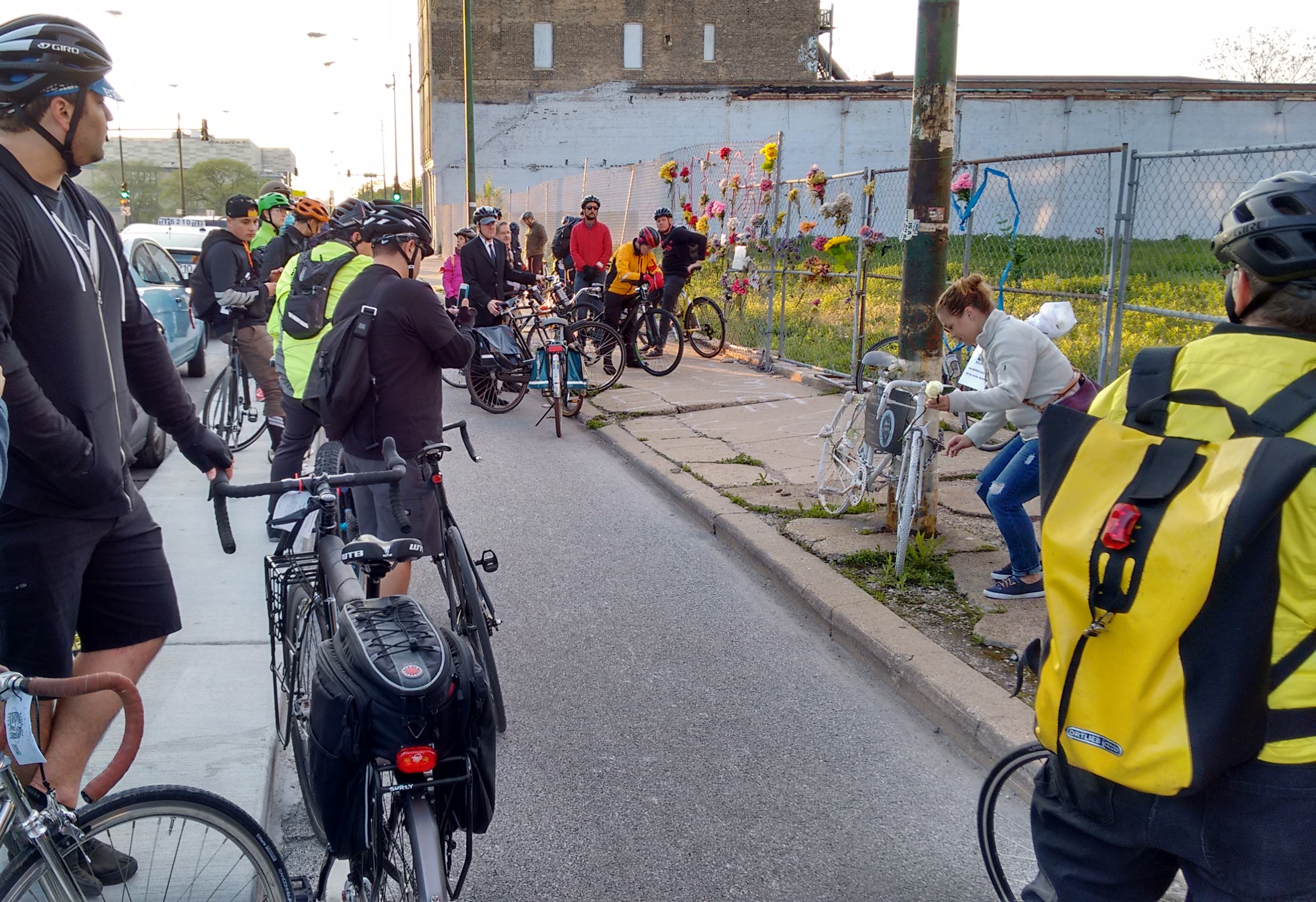 The tragic death of 29-year-old Blaine Klingenberg – who was killed was riding his bike up Michigan Ave. last Wednesday – has shaken Chicago’s bicycling community and attracted media attention.

The facts of the crash are not yet known, but Klingenberg was an experienced rider who had just gotten off work as a bike courier.

Bruce Kohn, owner of Advanced Messenger Service where Klingenberg worked, told the Chicago Tribune, “he was probably the best, nicest bicycle messenger I’ve had the pleasure of working with, and I’ve been doing this my entire adult life.”

In the piece Katz rushes to judgement about the facts of the case despite conflicting witness accounts, and uses the crash to try to make a broader point about the safety of Chicago’s streets.

Katz’s op-ed is riddled with errors. For example, we know protected bike lanes make our streets safer for everyone and they haven’t led to a traffic Armageddon on Clybourn, Elston or anywhere else. Streetsblog has an in-depth post making several critical points and Chicagoist also has a strong rebuttal on some of the inaccuracies.

Perhaps the most powerful response came from Lindy Korner, an Evanston woman who lost her husband to traffic violence in Chicago in 2014. Her letter is worth reading in full, and here are some excerpts:

Blaming the victim motivates people like myself, who have lost loved ones to traffic violence, to speak out. My life was forever changed when my husband was killed in a preventable traffic crash in Chicago in 2014. Riding his bicycle and obeying traffic laws, he was struck from behind by a driver who did not see him directly in front of the car in a shared lane.

Our outrage would be best placed in calling for drivers who seriously injure more than 100 people daily in the Chicago area to obey the laws. We should be outraged as well that the bus company involved in Blaine's death was also responsible for the death of a pedestrian seven months earlier.

It's wrong for people on bikes to ride recklessly, but that same behavior is far more likely to cause serious injury and death when a person drives a car recklessly. Speeding, distracted driving and failing to yield to pedestrians are all too common and considerably more dangerous than any action of a bicyclist.

Image caption: Visiting a ghost bike installation for Bobby Cann during this year's Ride of Silence. Later in the ride, a ghost bike was installed at N. Lincoln Ave. and W. Addison St. honoring Joseph Korner.