Home / Blog / Why institutionalizing speeding is a bad idea

Why institutionalizing speeding is a bad idea 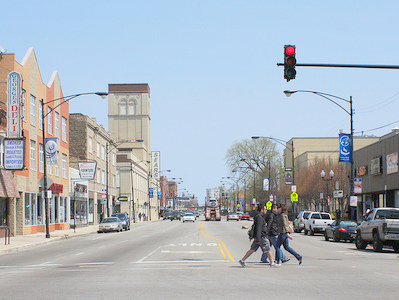 In the latest Chicago Tribune story on the city’s photo enforcement program, the reporter quotes national safety experts who seem more concerned with keeping cars moving as fast as possible than making our streets safer.

The Trib uses its handpicked experts to make the case that Chicago’s yellow light times are too short and we should lengthen the time to accommodate drivers who are already speeding – and even consider raising our speed limits.

What I see here tells me that in many cases throughout the city the yellow lights are too short and the speed limits are too low, safety consultant Hugh McGee says in the story. That is a problem.

Contrary to this traffic consultant’s view, the city should prioritize reducing speeds rather than lengthening yellow light phases. We should be doing more to ensure that drivers are travelling at the appropriate speed to stop or get through an intersection in a reasonable amount of time.

Speeding kills and seriously injures thousands of people walking, riding bikes and driving in Chicago every year. Last year, there were more than 77,000 traffic crashes in Chicago that caused nearly 21,000 significant injuries and killed 145 people.

In urban areas with high volumes of people like Chicago, we should be doing more to design our roadways and enforce existing laws to calm traffic to appropriate speeds, not doubling down and institutionalizing dangerous road behavior.

The author of this blog post, Heather Schady, is the senior transportation planner at Active Trans.