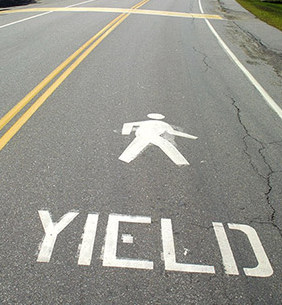 After two Austin locations appeared on Active Trans' Safe Crossings list of 10 of the most dangerous intersections in the city, residents and organizations from the community have helped rally support for safer streets.

With 69 recorded crashes involving pedestrians and bicyclists at those intersections from 2006 to 2012, Austin ranked second out of Chicago’s 77 community areas for the most life-threatening pedestrian traffic crashes, according to a Chicago Department of Transportation (CDOT) study.

Organizations such as the Westside Health Authority, Austin Coming Together and the local CAPS group have agreed that some changes to the street are needed to help create a truly walkable community.

In order to create solutions that effectively create a safer environment for pedestrians and motorists, it will be critical for public institutions and the non-profit sector to engage with community members to identify the greatest risk factors at key intersections and common sense solutions that make sense for the Austin community, said Andrew Born from Austin Coming Together.

Alderman Jason Ervin of the 28th Ward supports the campaign and is working with Active Trans and CDOT on recommendations to make Madison and Cicero more pedestrian friendly.

Meanwhile, Active Trans is continuing to rally local support for change in Austin and plans to host a community event early next year to help build awareness.

Please sign our Safe Crossings petition to support safety improvements at the Austin intersections and many other locations throughout the city and the suburbs.

If you’re interested in getting involved in the Austin campaign, contact Active Trans Community Liaison Cynthia Hudson. You can also donate to Active Trans and renew your membership or join as a new member today to show your support.