Vote in the Divvy Data Challenge 2015 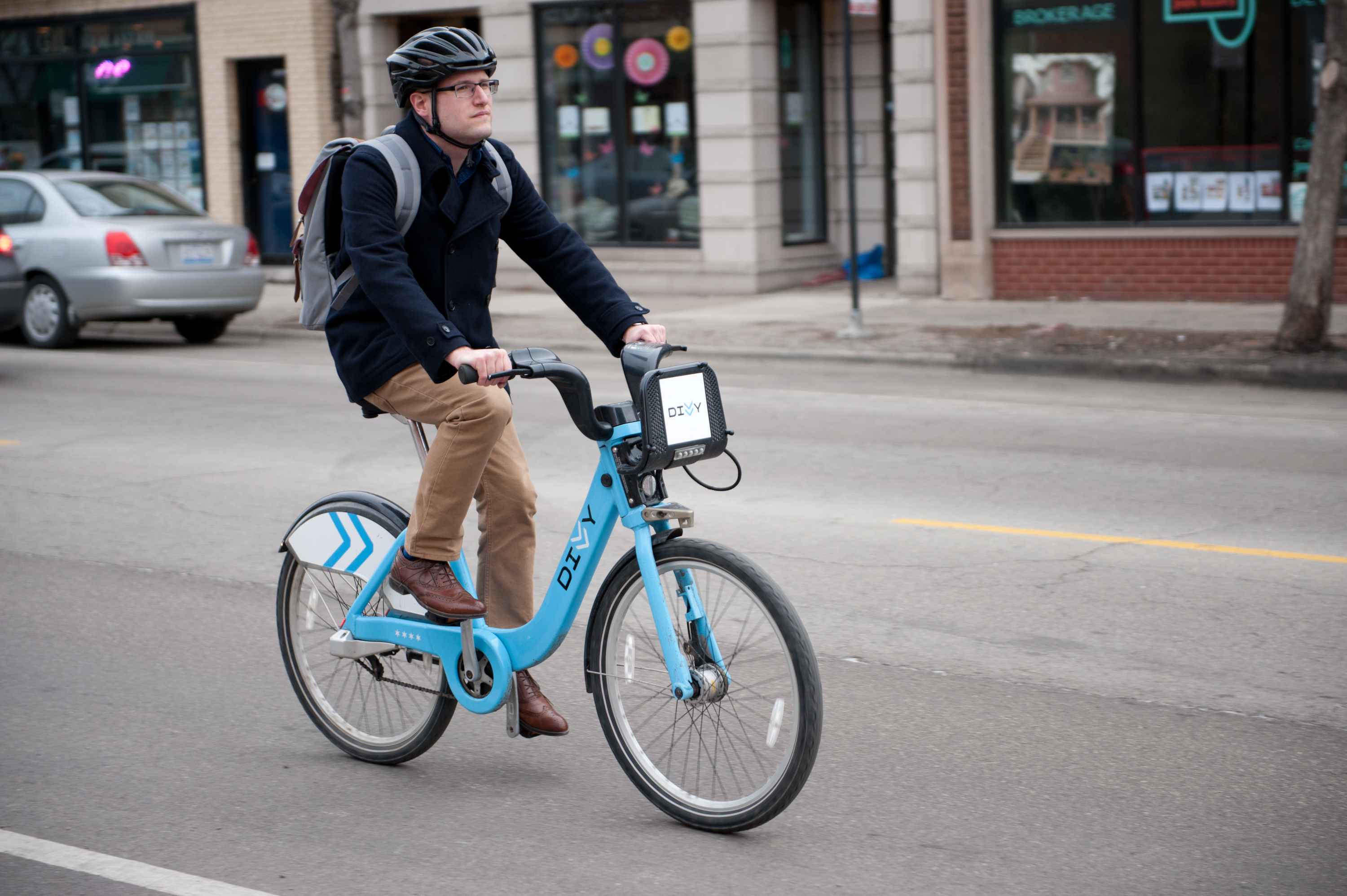 For the first time ever, Divvy trip data from the entire past year is publicly available, and Divvy has challenged citizens to come up with interesting ways of visually explaining what the trip data has revealed about the way people move about the city.

Now it’s time for you and others to vote for which visualization is best in the categories of most comprehensive, beautiful, insightful and creative. You have until April 7 to go online and vote for the Divvy Data Challenge 2015 finalists in their four different categories.

There are some eye-catching entries like Matthew Shaxted’s project in the most beautiful category. Shaxted created a 3D rendering of Chicago that actively uses curved lines to show the trip length between stations and a chord diagram to show daily flow between neighborhoods. It also adds details such as rider gender, time of day and what percentage of total rides come from a particular origin.

In the most insightful category, Shaun Jacobsen asks if Divvy bikes are faster than public transportation. The interactive chart shows travel distance and time, time saved or lost compared to public transportation and the number of trips taken on that route. You can also see station specific data including settings of the top 1,000 stations and all stations.