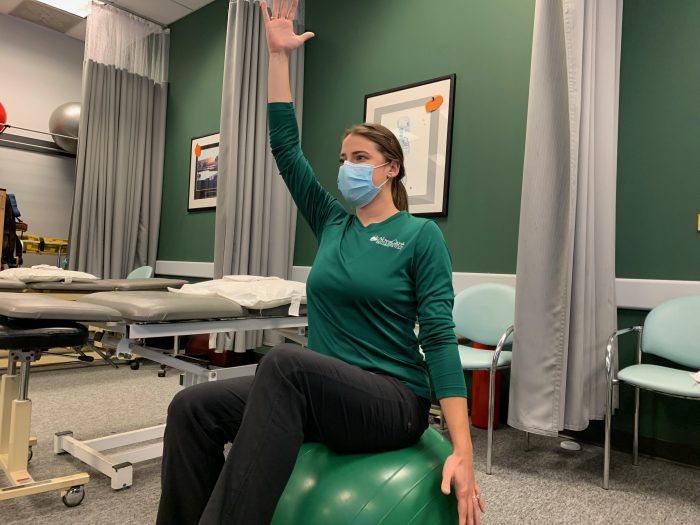 Like so many other clubs last spring, the Bike Palatine Club canceled its rides and events, prematurely ending a packed schedule for the cycling season. Then an offer came in from Rush Physical Therapy in Palatine: a series of free virtual demos for the biking community to keep cyclists fit and to avoid injury.

What seemed like a long shot in June became a collaborative success. Riders from 10 bike clubs participated in one or more of the three 40-minute fitness demos. The third session in October boasted 27 attendees from eight different bike clubs. Based on this success, the club has teamed up with Rush Physical Therapy for a fourth session in early December and is planning several more over the winter months.

The Bike Palatine Club had been on Jake Livingston’s radar for a while. As the Rush Physical Therapy site manager and a licensed therapist, Livingston had worked in the past on fitness with various running groups. He wanted to develop a similar relationship with the bike club and, in general, with other physically active community members. Injury prevention was one goal, expanded treatment another. Increasing his center’s goodwill outreach was an overarching objective.

Livingston made his pitch to the club’s special projects coordinator. Ralph Banasiak, a former therapy client of Livingston’s, recognized the proposal’s potential. It was a no-brainer: Therapists demonstrate helpful cycling exercises via Zoom for free. The club invites area bike clubs and engages the broader biking community. Finally, it was an easy way to overcome the pandemic, offering a welcome service. Bicyclists could attend from the safety and comfort of their own living rooms, sessions were free, and the topics were suited to serious riders. 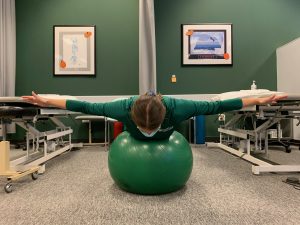 At the bike club’s June meeting, Livingston and Assistant Manager Julie Johlie agreed to three demo sessions, roughly a month apart. The August session covered pre- and post-ride stretching. September concentrated on exercises for lower body strengthening. The October session focused on exercises for biking posture and the alleviation of neck and upper back pain that often accompanies long outings.

Besides conducting the demos, Rush Physical Therapy followed up each one by emailing photos and instructions of the featured exercises to the cyclists. Even riders who planned to attend a session, but weren’t able, received benefits. Eva Larson from the Wheeling Wheelmen bicycle club sent her appreciation: “Thank you so much for letting other cyclists outside your group attend. That was very thoughtful of you and your club.”

For each session, the Bike Palatine Club posted the Rush Physical Therapy exercises and instructions on its popular blog site. These three posts, as well as more than 40 others related to bicycling topics, can be found at: www.bikepalatine.com.

The monthly Rush Physical Therapy/Bike Palatine Club fitness demonstrations will continue through the winter and beyond. It’s a truly creative initiative that shows a smart way for bike clubs and community service providers to work together, keeping bike riders fit, engaged, and riding strong — even when they can’t all ride together.

This blog post was written by Ralph Banasiak, a member of the Bike Palatine Club and a cycling columnist for the Daily Herald.