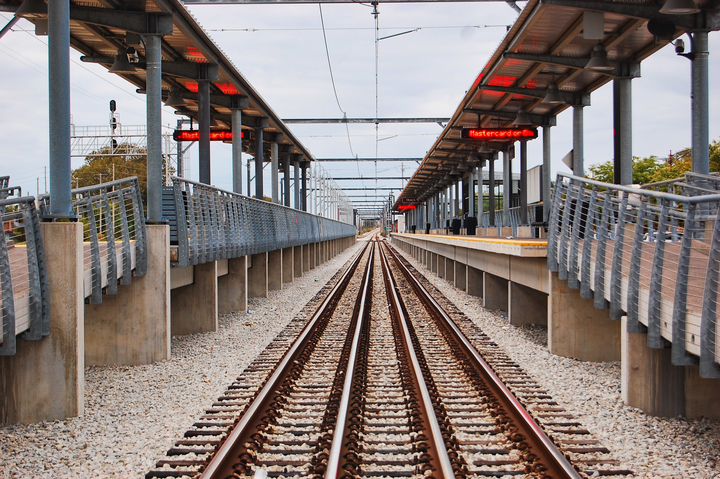 People who have been daydreaming about toting their bicycles on the South Shore Line will soon see their dreams come true thanks to advocacy efforts by Active Trans and other grassroots voices.

After years of pressure from Active Trans, the Save the Dunes Council and the National Parks Conservation Association, the Northern Indiana Commuter Transportation District (NICTD)  — the agency that operates the train line — announced it will launch a bikes-on-trains pilot program on weekends during spring 2016.

Under the new plan, three train cars will get outfitted with custom bike racks accommodating 25 to 30 bikes each. NICTD said the pilot program will only run on weekends and people with bikes must get on and off at stations with high-level boarding platforms.

When NICTD was mulling over a far more slow-moving pilot program for allowing bikes on trains, Active Trans responded by presenting NICTD with a satirical “Broken Spoke Award” for being the least bike-friendly commuter train line in the nation. Since NICTD is the only commuter train line in the nation that doesn’t allow bikes on trains, the award was well earned.

NICTD was favoring a plan to launch a five-year bikes-on-trains pilot program in 2021. And once the pilot program launched 6 years from now, people could bring bikes on an extremely limited number of trains for a 5-year period before a full-fledged program was launched.

We knew a pilot program could be done far more swiftly and we knew that throngs of people were clamoring for it to happen. As we expected, many people joined us in speaking up for a speedier roll out.

“We heard the board loud and clear to accelerate the process prior to the next train car order,” the South Shore General Manager Mike Noland told a news reporter after the announcement.

Our goal now is to make sure the plan moves forward and that full implementation follows closely behind. Improved bike access to the areas served by the South Shore Line is good for the local economy, tourism and encouraging healthy and sustainable transportation options.

While we applaud NICTD for taking an important step in allowing bikes on trains, the agency, unfortunately, is still standing in the way of a project to create a new connecter trail that will complete the 11-mile Burnham Greenway Trail.

Sign a petition asking NICTD to allow closing of the gap right away.