Upgrades coming to 4 North Side CTA stations to increase capacity 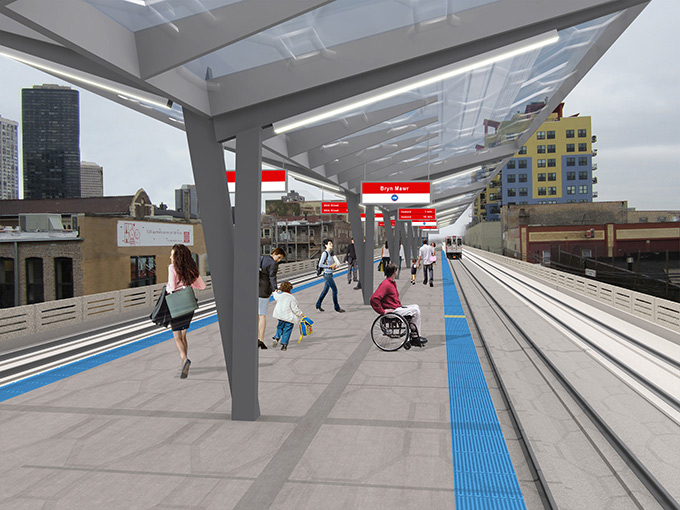 Capacity on the Red, Brown and Purple lines on the North Side is one of the biggest challenges the CTA faces over the next several years, and the agency is beginning to take steps to address it.

Over the last five years, train ridership has increased by 40 percent during morning and evening rush periods in the corridor. Many of the busiest neighborhood stations were built in the 1920s and are not ADA accessible. Most importantly, this dated infrastructure prevents CTA from adding cars and speeding up trains to meet the rising demand, which is projected to continue over at least the next two decades.

That’s why the CTA had undertaken the massive Red and Purple Line Modernization Program (RPM), the largest capital improvement project in its history. The project is broken down into stages, with the first phase featuring upgrades to the stations, tracks and structures at Lawrence, Argyle, Berwyn and Bryn Mawr.

CTA is hosting a public meeting on Phase 1 on Thursday, May 14, from 6:30 p.m. to 8 p.m. at the Broadway Armory (5917 N. Broadway), where you can learn more about the project. The first phase also includes the much discussed Red–Purple Bypass north of Belmont, but that portion will be discussed at a future meeting and we’ll have more on it as it gets closer.

According to the CTA, 28,000 trips begin or end at the stations being reconstructed and 45,000 people live within a half mile of these stations. Modern stations will be built with wider platforms, elevators and full ADA accessibility, better sightlines, and faster and easier boarding.

If you ride transit in the area, we encourage you to attend the meeting, provide feedback and let us know what you learn. The agency is also considering improving access to the stations for people biking and walking so community input is needed to identify problems and solutions.

Without more investment, crowding on North Side trains is only going to get worse and some people may choose to drive if they begin to view it as more convenient. Funding for Phase 1 is still being secured at the local level, which would provide access federal dollars, and much more funding is needed for future phases.

Our Transit Future campaign is designed to help address these funding challenges and put our region in better position to leverage federal dollars. Sign up as a supporter today.