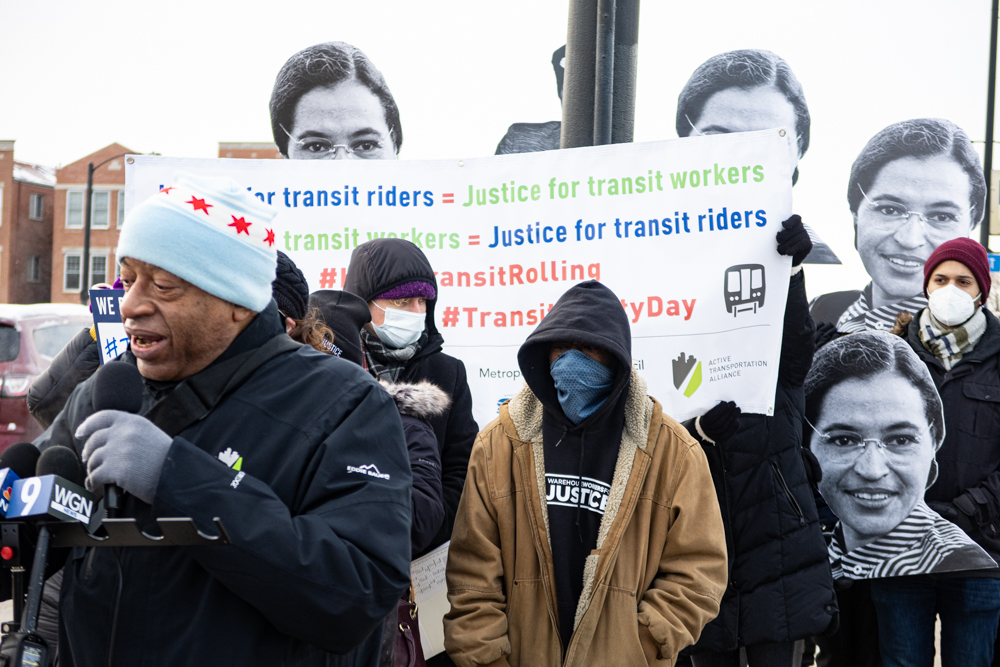 Active Transportation Alliance joined Chicago Jobs with Justice for the launch of their initiative as did Warehouse Workers for Justice, Sierra Club of Illinois, and local transit advocates. The goal is to foster an independent organization that would improve public transit for both riders and workers.

At a recent event that took place on Transit Equity Day, February 3, announcing the initiative, speakers from the organizations called for: 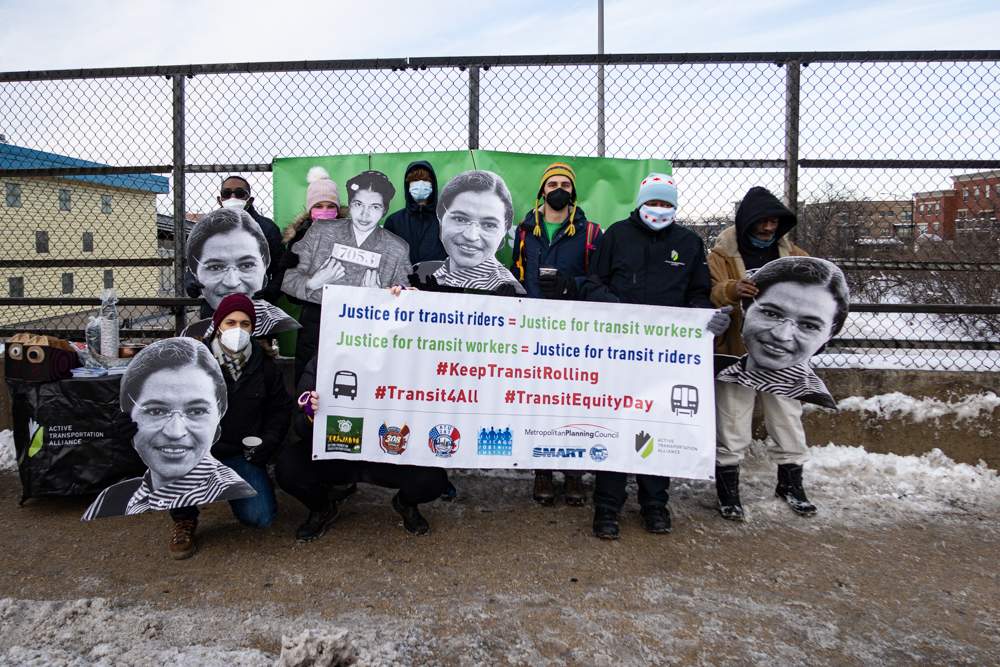 A report that was released on Transit Equity Day shows how investments in the public transit workforce are urgently needed to boost economic opportunity and racial equity in our communities. The report notes how the aging transit workforce and the effects of the COVID-19 pandemic have reduced transit staffing levels, and left many public transit systems unable to meet the needs of the communities they serve.

That’s, of course, a problem for the millions of people in cities and rural communities across the country who rely on public transit every day, as we have witnessed firsthand in Chicago.

The report emphasizes that the starting point for addressing any workforce problem is to engage in a dialogue with transit employees themselves through their democratically elected union representatives, as well as riders and other community stakeholders. Operators, maintenance employees, and other transit workers know better than anyone how to improve job quality in order to hire and retain a skilled and robust transit workforce.

“Our transit workers are on the front lines every day. We are proud of the work we do under difficult circumstances, including this global pandemic,” said Keith Hill, President of ATU Local 241, which represents local transit workers. “Our transit workforce deserves the very best in safety, pay, benefits, and working conditions.” 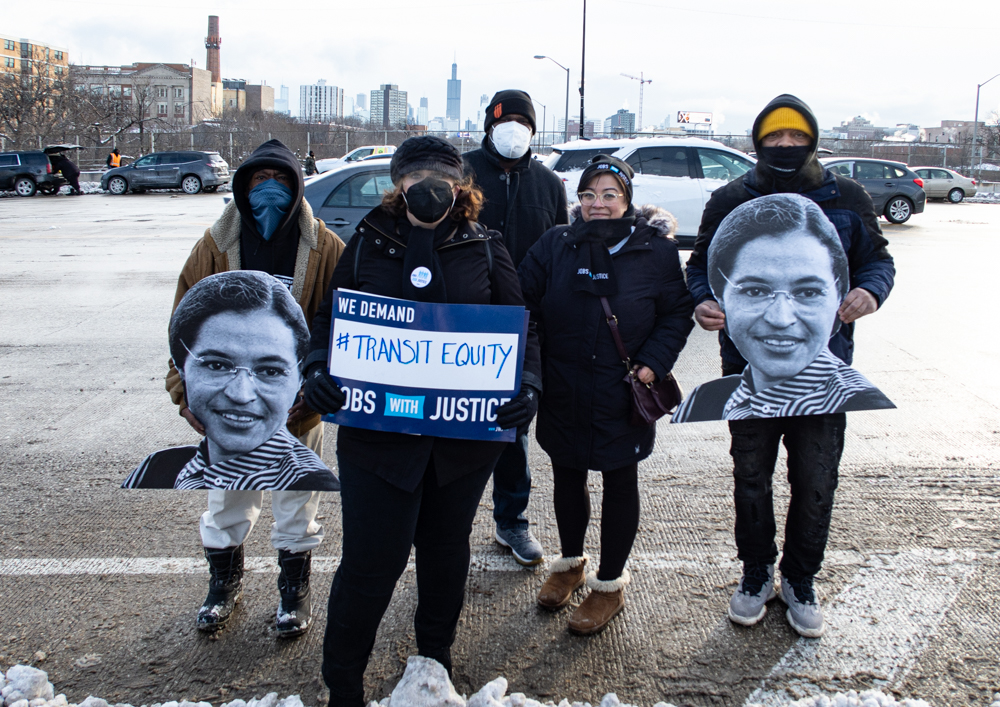 At the Transit Equity Day event, Alfred White of Warehouse Workers for Justice spoke about his extraordinarily long commute from his home on Chicago’s South Side to an Amazon warehouse in Joliet. The length of his commute prevents him from being able to work full time, which in turn prevents him from being able to afford a car, which would allow him to cut his commute in half at least.

As part of the event, we asked people to use social media to share how their transit experience could be improved — with the following hashtags:

Here are a few Tweets using the hashtags:

Safe, accessible public transit is a civil rights issue–it should also be a human right. This is NOT ACCEPTABLE. (No sidewalk, nowhere off the street to wait for @PACE bus) @activetrans @transit4a #KeepTransitRolling #Transit4All #TransitEquityDay pic.twitter.com/JV9NK2w2BU

Chicago now has a transit rider’s union: @Transit4A! This is something the region has needed for a long time. I’m excited to get involved and watch them grow!#KeepTransitRolling #Transit4Allhttps://t.co/QAirySNB5q

Missed out on the fun? Text “Transit4All” to (773) 261–8899 to get involved. Stay tuned for more events as well as canvassing opportunities in the near future.