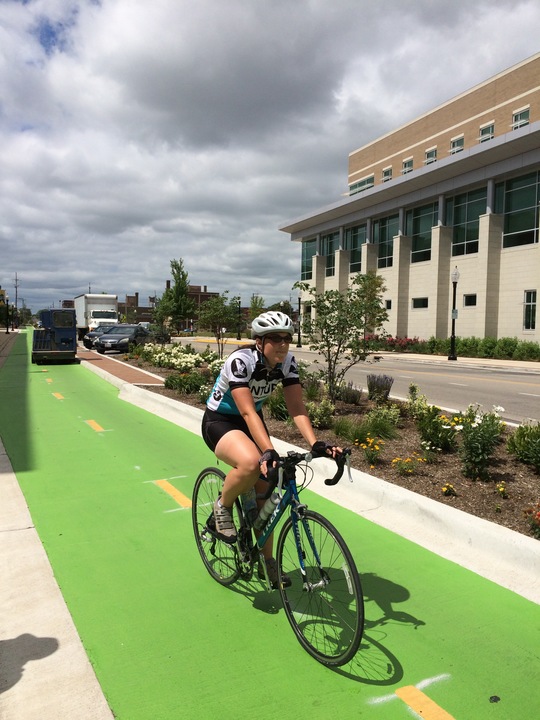 The coming new year provides a moment to pause and reflect on the accomplishments of the past year. With that in mind, here's our list of the top ten active transportation stories from 2016.

As you browse through these, be sure to savor the successes — especially if you’re one of the many people who helped make them happen.

2. South Shore Line finally starts getting bike friendly
In 2016, the Northern Indiana Commuter Transportation District, which operates South Shore Line commuter train, decided to rid itself of the dubious distinction of being the only commuter train line in the nation that does not allow passengers to bring bikes on trains.

3. Industrial site gets a new life on far South Side
The centerpiece of the new Big Marsh Park is a 44-acre bike park that boasts a number of exciting features like pump tracks and jump lines, as well as facilities for cyclocross and single track mountain biking — all built on a former industrial site.

5. Reducing chaos on the lakefront
Active Trans' efforts to create a safer environment on the Lakefront Trail paid off this year when Chicago Mayor Rahm Emanuel announced a new plan for two separate trails — one for biking and one for walking — on two of the most congested portions of the Lakefront Trail.

7. Better transportation in the Loop
While it technically launched in the final weeks of 2015, Loop Link, the region’s first bus rapid transit service, is helping to transform transportation in downtown Chicago. Additionally, some new, curb-protected bike lanes were built on Washington Boulevard and Randolph Street in the Loop. The project included five curb-protected intersections along those routes. There was also a new two-way protected bike lane on Clinton Street.

8. Protected bike lane unveiled in Aurora
In May, the City of Aurora officially opened a half-mile curb-protected protected bike lane on River Street (pictured above). The new bike lane serves a dual role as part of its downtown biking network as well as a needed section in the 60-plus mile Fox River Trail network.

10. Pre-paid boarding gets a foot in the door
The Chicago Transit Authority took a key step in improving its bus service in 2016 by launching a prepaid bus boarding pilot program at the Belmont Blue Line station and the Madison/Dearborn Loop Link station.

Check out the winter issue of Active Trans’ quarterly newsletter for a longer version of this article. If you're a member, you'll be getting this in the mail. Not a member? Well, let's fix that.

Also, stay on top of the latest Active Trans news by signing up for our monthly e-newsletter.