Taking a tour of the coming Red Line Extension 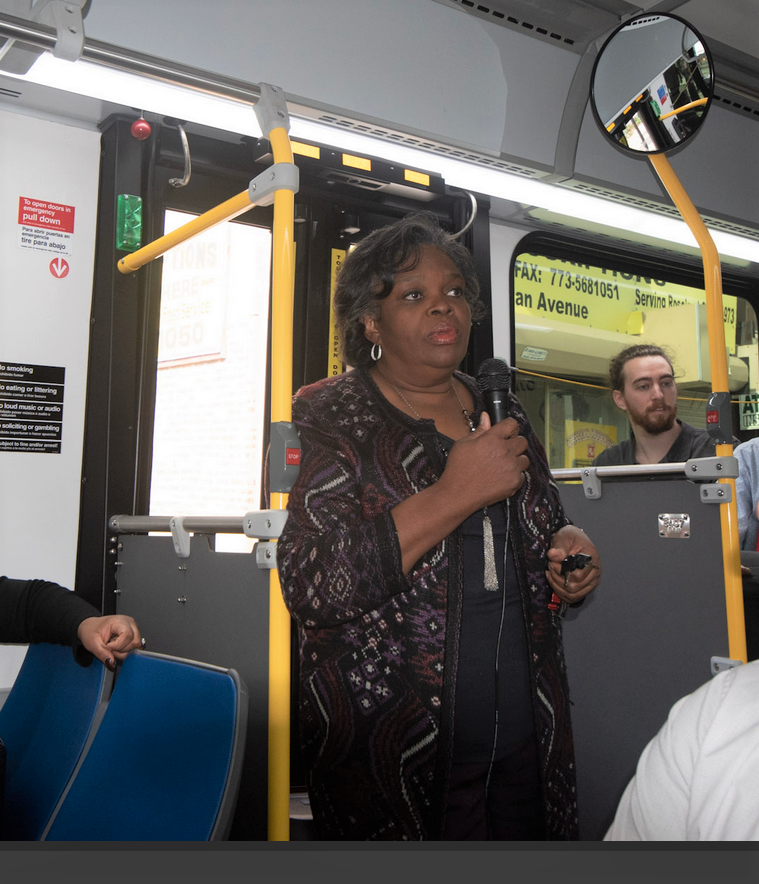 The Chicago Transit Authority recently provided a bus tour along the right-of-way for the much-needed 5.6-mile Red Line Extension project.

Once completed, Chicago’s major north-south L line will extend to the southernmost neighborhoods and fulfill a decades old promise. The extension will begin at 95th Street and head south to 130th Street, hitting four new stations along the way.

Tour participants included representatives from local nonprofits and planning agencies, as well as CTA staff, including the project’s chief engineer. Three staffers from Active Transportation Alliance participated in the tour.

“Palpable excitement” is the best description of the sentiment representatives of People for Community Recovery, a long-standing environmental justice group based in Altgeld Gardens, expressed on the bus tour. Altgeld Garden’s eastern edge will be the site of the future terminus for the Red Line Extension.

Beginning with a project overview in the conference room at the 95th St. Red Line station, the tour stopped at various locations to show where power sub stations, flyovers, station footprints, right-of-way and station alignments footprints are planned.

Currently, the project is in the preliminary engineering phase; CTA estimates construction will start in 2025, with service along the Red Line Extension beginning in 2029.

Having the opportunity to tour and observe where the alignment will be was a unique opportunity to see how rail infrastructure, environmental considerations, and integral community input and participation have played a role in shaping the planning process. 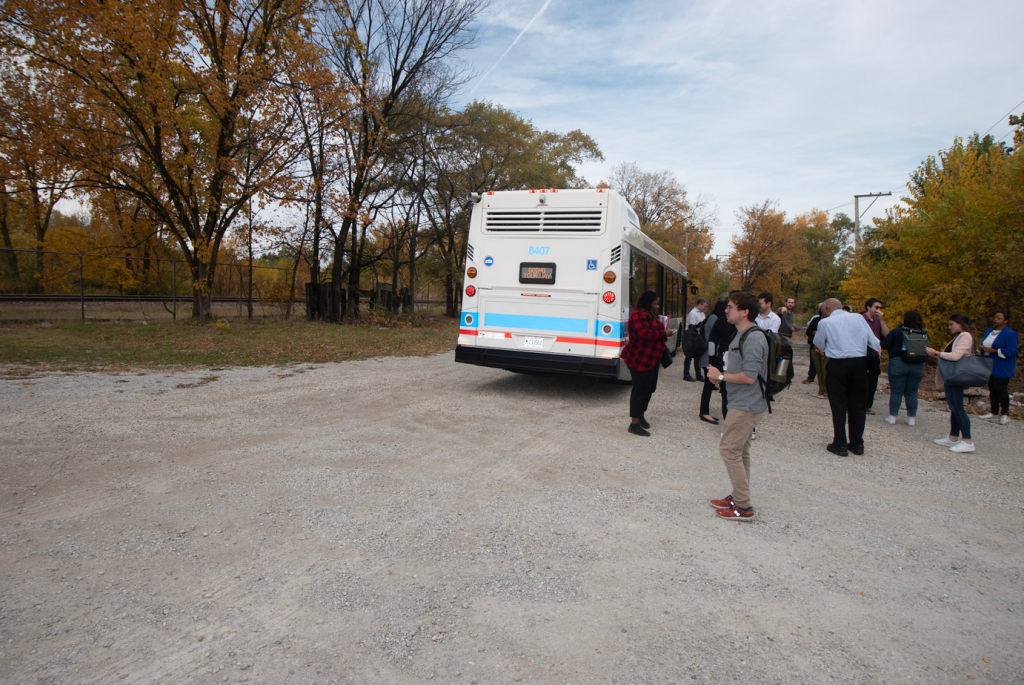 Along the way, the tour stopped at a Roseland culinary institution, Old Fashioned Donuts, located at 112th St. and Michigan Ave. Open since 1972, the African-American-owned business is renowned for its sweet delicacies.

While sampling sweets, tour participants listened to Andrea Reed, the executive director of the Greater Roseland Chamber of Commerce, who explained the many benefits the project would bring to the community (see top photo).

The four station stops planned along the extension will be at 103rd St.,111th St., Michigan Ave., and 130th Ave.  At each stop where stations are to be sited, Active Transportation Alliance Director of Planning and Technical Assistance David Powe inquired about plans for walking and biking access. 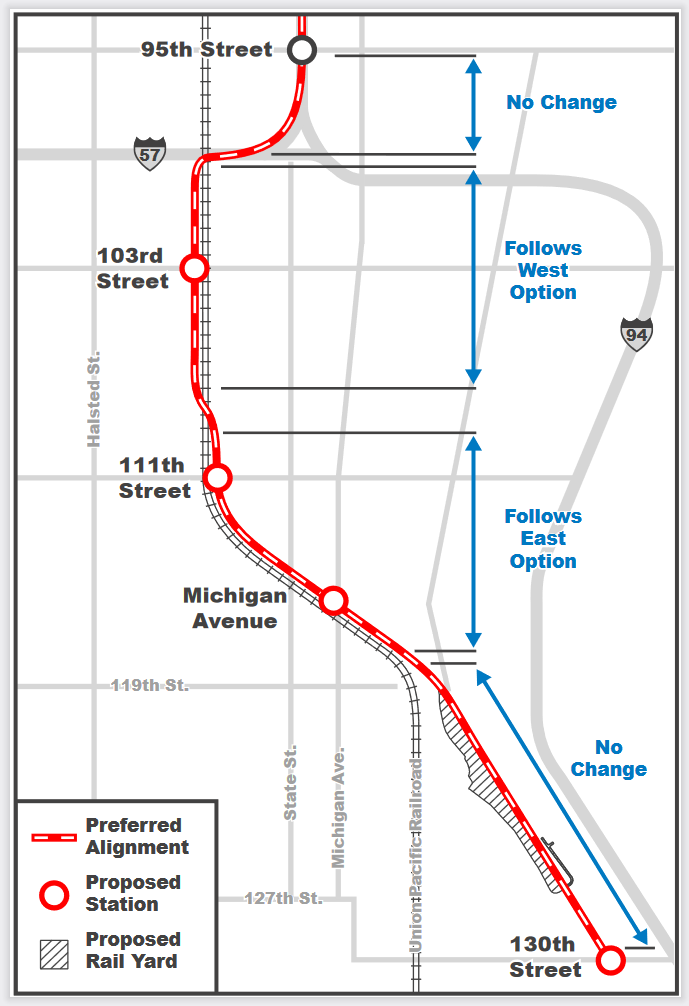 The route for the proposed Red Line runs parallel to active rail lines along some portions, which raises some concerns about walking and biking safety.

“Freight trains using the at-grade rail line running parallel to the 103rd and 111th St. stations will block pedestrians and cyclists from entering the station,” said Powe. “With freight expected to increase 66 percent over the next few decades in Chicagoland, it’s important for CTA to plan beyond the 10-12 freight trains using these tracks every day. This is an important, transformational project to bring rapid transit to the Far South Side, and CTA should be considering under- and overpasses as options if safe crossing becomes an issue.”

The Red Line Extension project has a few more “stations stops” of planning, governmental approvals, funding, and construction before riders can expect to travel from Howard to 130th St. by L.

“This project has the potential to be truly transformative for oft-forgotten parts of Chicago,” said Active Transportation Alliance Development Coordinator Caitlin Guerra. “As the planning process progresses, we hope to see continued public engagement to ensure that the communities that will be most impacted have their concerns addressed.”

Map at bottom courtesy of the CTA.