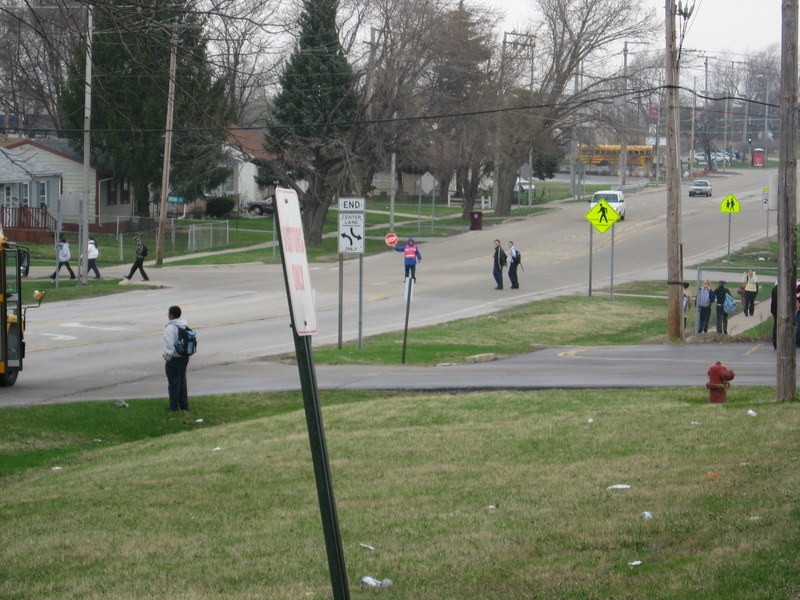 Nearly five children are hit by vehicles while walking or biking within one block of a school every day in Illinois.

The Safe Routes to School program is a competitive grant program that funds biking and walking projects near schools with the goal of making streets around schools safer through infrastructure improvements and educational programming.

While the program has funded hundreds of projects over the last decade, crash data tells us there is a lot of room for improvement. Children are hit every day near schools across the state and, with certain safety improvements, these crashes are completely preventable. Schools should be safe spaces for children, both inside and out, and there is a lot we can do moving forward to make this a reality.

As part of the Safe Routes to School Campaign, Active Trans researched and authored an issue brief that focuses on the barriers to biking and walking, how the program can improve biking and walking safety near schools and the data behind it all.

Based on the most recent Safe Routes to School award in October 2014, only about 30 percent of funds were allocated to high-need communities where over 50 percent of their student population are eligible for free and reduced meals.

Of all the schools in Illinois, nearly 60 percent fall into this category of high-need.

Safe Routes to School funding is a great financial resource for underserved schools, but the money is not reaching those students who need it the most.

Disproportionally allocating this funding means many low-income communities are missing the opportunity to fund projects that could cut down on preventable crashes near schools.

How do we make it better?

Improve #SafeRoutesIL on the state level by telling your state representative that we need more funds to make our schools safer!